A son of former Egyptian president Mohammed Morsi, Osama Morsi, has been arrested. He will face a mass trial over a bloody dispersal of a protest camp in 2013. 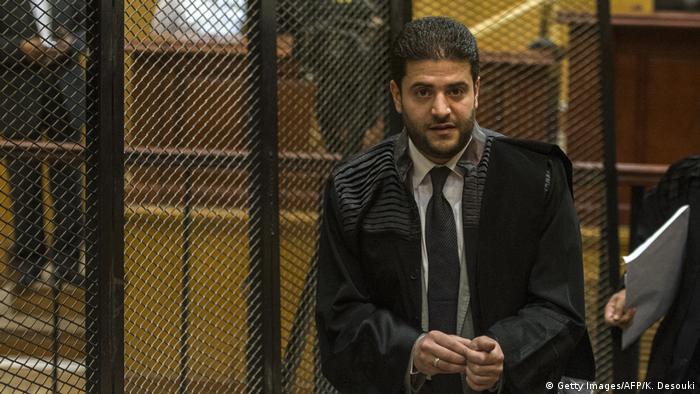 A 2015 archive image of Osama Morsi

Egyptian police arrested Osama Morsi, son of former president Mohammed Morsi, on Thursday at his home in the Nile Delta.

Osama Morsi, a lawyer and one of five children of the former president, will be a part of an ongoing mass trial over the violent dispersal of an Islamist protest camp in August 2013 when police killed hundreds of demonstrators, according to Morsi's lawyer, Abdel Moneim Abdel Maksoud. Approximately 10 policemen were also killed during the dispersal.

Morsi is due to appear during the next session of the mass trial on Saturday. Some of the charges may lead to a death sentence, but appeals courts have overturned many convictions, including one for Mohammed Morsi on charges of participating in a prison break in 2011 when he was an opposition leader.

Mohammed Morsi was the first democratically elected president in Egypt, and was overthrown by the military in 2013. Morsifaces multiple charges in at least four separate cases and has received death sentences from lower courts.

In his second legal victory in a week, the imprisoned ex-leader has won a retrial. But first, a court will start reviewing a separate life sentence next week. (22.11.2016)