Some see rift as al Qaeda reportedly appoints interim leader | World | Breaking news and perspectives from around the globe | DW | 19.05.2011

Saif al-Adel, an Egyptian former military officer, has been appointed interim leader of al Qaeda after the killing of Osama bin Laden. It is thought he will be a caretaker until a council can decide on a permanent head. 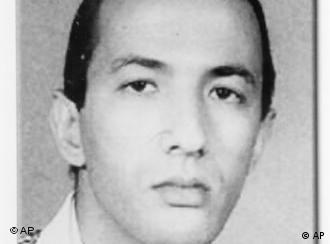 An Egyptian former military commander, Saif al-Adel, has reportedly been named as the acting leader of al Qaeda, indicating that al Qaeda wants to avoid a prolonged power vacuum at the top and is likely still considering who will step into bin Laden's shoes.

Pakistani media as well as CNN and Al Jazeera have reported that Adel will take over in at least in the interim, not the terror group's deputy leader under Osama bin Laden, Ayman al-Zawahiri, who many observers had expected to move into the top position.

"The speed in which Adel was named was due to necessity and comes at a difficult time for al Qaeda," Yasem Mohammed, an Iraqi commentator and al Qaeda expert, told Deutsche Welle. "Adel was considered a noncontroversial choice due to his important position as a military commando."

Adel was appointed at a meeting on May 10 during a meeting of several high-ranking al Qaeda members on the Afghanistan-Pakistan border, according to Al Jazeera.

The militant, who is on the FBI's most-wanted terrorist list, is thought by US intelligence to be about 50 years old. Before beginning his active jihadist activities, he served with Egyptian special forces, and was suspected by some to have been involved with President Anwar Sadat's assassination. 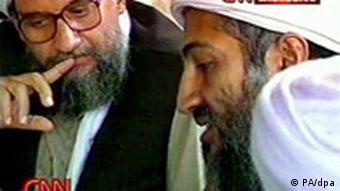 Ayman al-Zawahiri, left, was one of bin Laden's closest associates

He left the military in 1988 and surfaced again in Pakistan. He is thought to have fought the Soviets during their occupation of Afghanistan.

In 1992, reports say he was asked by bin Laden to come to Khartoum, Sudan, and set up terrorist training camps in that country and Afghanistan. After the 9/11 attacks, which he was reportedly not in favor of, he fled to Iran. Some reports over the past year have him moving from Iran back to Pakistan.

He is wanted by US authorities in connection with the August 7, 1998, bombings of the United States Embassies in Dar es Salaam, Tanzania, and Nairobi, Kenya.

"He is someone who has a very long operational career," Dr. Rashmi Singh, a lecturer at the Centre for the Study of Terrorism and Political Violence (CSTPV) at the University of St. Andrews in Scotland, told Deutsche Welle. "I think that is why he has been given prominence where others have not."

If Adel has indeed been appointed acting leader, it could be a blow to Ayman al-Zawahiri, al Qaeda's No. 2 man and bin Laden's closest associate for many years.

Many observers thought he would be the natural choice to take over the leadership position and have wondered if the Adel appointment signals a succession battle in the organization. 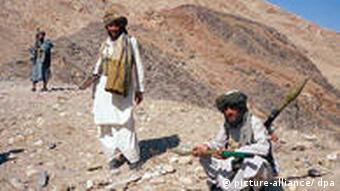 While Zawahiri, 59, is respected by many and considered al Qaeda's spiritual leader, he is also widely seen as having a charisma deficit, lacking bin Laden's ability to convey a message well and inspire people to follow his lead.

"Zawahiri doesn't really know how to do propaganda," Singh said, citing as an example comments he made on the freedom movement that have been sweeping across the Arab world.

"He released a statement of 12 or 14 pages, and on page 10 he was still talking about Napoleon and how he was a Zionist," she said. "He can't put across an idea very convincingly."

But Alexander Ritzman, a visiting fellow at the Brandenburg Institute for Society and Security, is not so sure that Zawahiri is out of the running, and disagrees with some analysts who say that Adel's appointment signals a rift at the top of al Qaeda.

He said Adel will most likely only stay in the leadership position until al Qaeda can convene a full shura council, the group of high-ranking members who will decide on the overall leader.

"Adel will only be in charge until this process is over and the major guys in al Qaeda are communicating about the successor right now." he told Deutsche Welle, "It is a very difficult time for the organization. If they pick a leader who is not accepted by the vast majority of the network, then the in-fighting will start."

Even if there is no great rift at the top, at least not yet, many analysts suspect there is some disarray, especially since the group was so strongly associated with bin Laden and there was no succession plan in place in the event of his death. 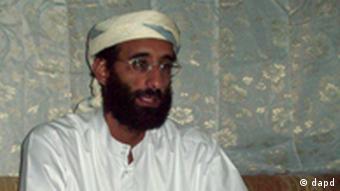 But the central core might also be facing the question of its continued relevance and control. Over the years, regional affiliate groups and their leaders have gained in power and visibility, such as al Qaeda in the Arabian Peninsula, led by US-born Anwar al-Awlaki or the North Africa-based al Qaeda Organization in the Islamic Maghreb.

"Al Qaeda is now very segmented with multiple centers of power," said Singh. "The affiliates might use the brand, but they are putting their own regional and personal agendas before al Qaeda's core agendas."

It is unknown whether a new, permanent al Qaeda leader would hope to establish a more centralized hierarchy or if even such a move is possible, given stepped-up anti-terrorism measures. Perhaps a de-centralized system, with smaller, loosely affiliated regional groups carrying out smaller, but still deadly actions in the style of the Mumbai attacks, is how the group sees its future.

Whatever the case, many analysts say this is a difficult time for the world's most notorious terror organization, left without a leader who, while isolated and only intermittently active, was still highly symbolic.

"But it won't be easy for them because al Qaeda was built by and for bin Laden and every member had to swear loyalty to him personally," said Ritzman. "In al Qaeda they claim to be following the traditions of the Prophet Mohammed, who also appointed no successor before he died."

His closest followers were supposed to pick a new leader, he said. But the result was conflict, bloodshed and in the end, the Sunni/Shia split that still exists today.

Bin Laden's killing is not death knell for al Qaeda

Al Qaeda leader Osama bin Laden is dead, US President Barack Obama has confirmed. Western leaders have rejoiced at the news but warned of the risk of possible Islamist retaliation strikes. (02.05.2011)

Europe not the primary target for Yemen-based terrorists, say experts

The recent discovery of two printer cartridges loaded with explosives aboard two US-bound cargo flights has once again turned the world's attention to the potential international terror threat emanating from Yemen. (02.11.2010)