Solidarity: How the coronavirus makes us more willing to help | Science | In-depth reporting on science and technology | DW | 31.03.2020 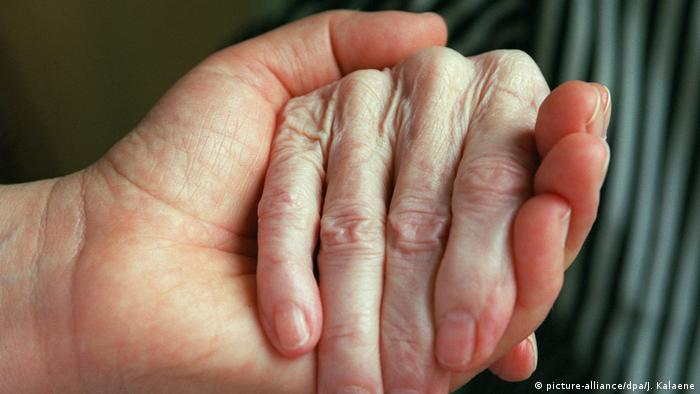 Lena was inspired by the desire to help while out shopping. She saw an elderly man standing in front of an empty shelf that once held canned food. He stood there for a while, only to leave without finishing his grocery shopping.

"This man probably had to go to several shops to get all the things he needed. That really got me thinking," says Lena, a student.

That's one human characteristic the novel SARS-CoV-2 makes clearly visible: selfishness. "Me first" seems to be a common mindset. Despite numerous official appeals to the effect that that panic buying is neither necessary nor socially acceptable, in many places it is difficult to get hold of toilet paper, flour or canned tomatoes.

Older people, in particular, are being urged to stay at home and avoid contact with potentially infected persons.

Read more: How to stay healthy at home during the coronavirus lockdown To connect those who want to help with those who need help, Lena and her friend Ana started the Facebook group Corona Hilfe Bonn  in mid-March. "Within four hours, the group had 400 members," the two young women say. Now, more than 1,100 people have joined the group.

In the crisis caused by the coronavirus, another human characteristic is also evident: helpfulness. Whether digitally on Facebook or in analogue form on a noticeboard — the range of help available is diverse: from assistance with shopping to help walking the dog and volunteer work in hospitals.

So is the crisis separating our society into egoists and altruists? Into good supportive people and bad panic buyers?

"Reality is much more complex," says psychologist Anne Böckler-Raettig, whose research at the University of Würzburg is focusing on so-called prosocial behavior. This also includes the willingness to help that is visible in the current crisis.

The diversity of the prosocial

"One member offered to talk on the phone to people who have difficulty coping with isolation," says Ana. "That really touched me."

The motivations behind the willingness to help are almost as varied as the offers of help themselves. The reasons we give other people time, energy, information or money can be very different.

Read more: Happiness, where are you? 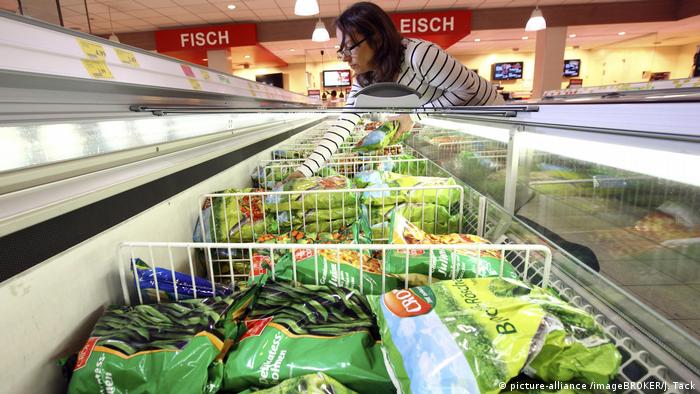 Whoever buys more than needed does not have to be a "hamster buyer". Maybe it's just for the neighbors in need.

"The first thing we think about when we are ready to help is: We want someone else to be better off and we want to reduce their suffering," says Böckler-Raettig. "That's what we call altruistic motivation."

But altruism is one of those things: Whether the purely altruistic willingness to help — which has the other person's well-being in mind — exists at all is a matter of controversy. Böckler-Raettig summarizes under altruism all motives that "have the intention to do good to others."

When Lena saw the elderly gentleman standing in front of the empty shelf in the supermarket, she tried to put herself in his place: What would I hope for in such a situation?

"Empathy and compassion are very important motivations for prosocial behaviour," says Charlotte Grosse Wiesmann, neuroscientist and developmental psychologist at the Max Planck Institute for Human Cognitive and Brain Sciences in Leipzig. In her work, the scientist is focusing on the development of social skills in childhood.

"Helping behavior is a fundamental behavior," says Grosse Wiesmann. "Children of only one year of age show a spontaneous willingness to help and, for example, will pick something up from the floor to give it back to an adult who has dropped it." Children are very good at recognizing another person's goals at a very early age.

The child's helpfulness has little to do with altruism at first. Rather, it rather deepens social bonds. As the child recognizes the goal of the other person and tries to help, joint action becomes possible. "We can only lift a big table together," says Grosse Wiesmann about the importance of this developmental step.

"Developmental psychologist Michael Tomasello supports the theory that people are mainly characterized by cooperation and that recognizing the goals of others and helping them is an important step in their development," says Grosse Wiesmann. Even a nasty virus is better fought by all of us together.

At about two years of age, little ones develop an empathetic willingness to help. "They begin to recognize the emotions of others and react to them — for example by trying to comfort someone who is sad," explains Grosse Wiesmann.

The virus is bringing people together

If you help me, I help you

That, too, probably has less to do with altruism than we would like to think. Instead, reciprocity is another important motivation of helpful people: Whoever gives comfort increases her or his chance of being comforted in return when needed.

Thus, Lena and Ana were not only motivated by the completely selfless desire to do something good for others. Their hope is that helping hands will also be reached out to them or their families should they ever need them.

In this way, reciprocity could trigger a kind of domino effect of helpfulness, so that more and more people support each other. Indeed, Lena and Ana's conclusion is: There is no longer any lack of willingness to help, but there is also a willingness to accept help.

Böckler-Raettig is not too surprised at this. Of course, helpfulness can also have its downsides: "Sometimes you can prevent someone from helping themselves by helping too much," she explains.

As a result, people could become dependent on the people who help, which in the long term makes them weaker rather than stronger.

"But if people only knew how prosocial it is to accept help!" says the psychologist with a laugh. "Helping and being generous also rewards the helpers themselves. So the person who accepts help also does something good."

Of course, we don't know whether the willingness to help has come with the coronavirus crisis and will depart with it as well. But Böckler-Raettig is optimistic.

"The more often we show prosocial behaviour and notice how good it feels — whether within society, in our circle of friends or even on a personal level — the more we repeat this behavior, too."

Which brings us back to reciprocity. Lena and Ana are currently in quarantine. There was no lack of toilet paper and noodles so far, but of chocolate. So they used their self-created network to look for help.

Within a short period of time, 11 people offered themselves as chocolate suppliers and provided Lena and Ana with several bars. Prosocial behaviour often shows itself in very modest dress.

But it is not worth any less for that: The chocolate made Lena and Ana very happy. Psychologist Anne Böckler-Raettig is convinced: "Every single gesture counts."

DW science reporter Julia Vergin looks at interesting new discoveries from the world of science. This episode explores the effects of long COVID, also on vaccinated people. Plus: How stress can exacerbate COVID cases.

Just as a pandemic 'ends,' a (potentially cataclysmic) war of aggression begins — with no end in sight.