Bulgaria's prime minister has resigned ahead of snap elections to end months of political turmoil in the European Union's poorest country. The legislature is expected to approve the resignation on Thursday. 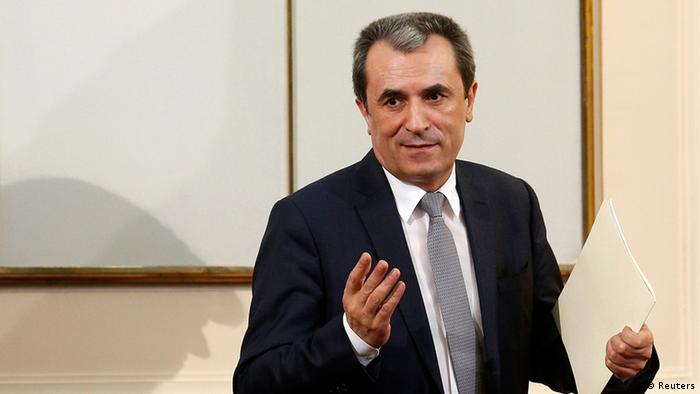 Bulgaria's prime minister, Plamen Oresharski, stood down on Wednesday. In power for just over a year, Oresharski's government called it quits after numerous no-confidence votes and his Socialist Party's poor showing in May's elections for the European Parliament, paving the way for an interim government to take over in August and a general election in October.

"The resignation of the Cabinet of Prime Minister Plamen Oresharski was tabled in parliament at 5:59 p.m. (0259 UTC) Wednesday," the legislature's press office announced in a statement.

In June, Oresharski's minority government lost the support of the MRF Turkish minority party, a key ally in the legislature, and the Socialists then agreed on an October 5 snap vote. The collapse of Oresharski's government comes less than 18 months after the resignation of the previous Cabinet, led by the right-wing GERB, in February 2013 following months of sometimes violent anti-poverty demonstrations.

And then came the banking woes. In June, runs on Bulgaria's third- and fourth-largest lenders - First Investment Bank and Corpbank (since shut down), respectively - added to Oresharski's troubles. Measures by the central bank managed to avert the worst-case scenarios, but that institution's governor has also since come under pressure to resign and, on Tuesday, expressed his readiness to do so.

Bulgaria's constitution now requires President Rosen Plevneliev to give the three biggest parties in parliament the chance to form a new government before dissolving the legislature and appointing a caretaker Cabinet to organize the October 5 vote.