Jacob Appelbaum, a US Internet activist and one of the people with access to Edward Snowden's documents, has told a Berlin paper that his apartment was broken into, saying he suspected US involvement. 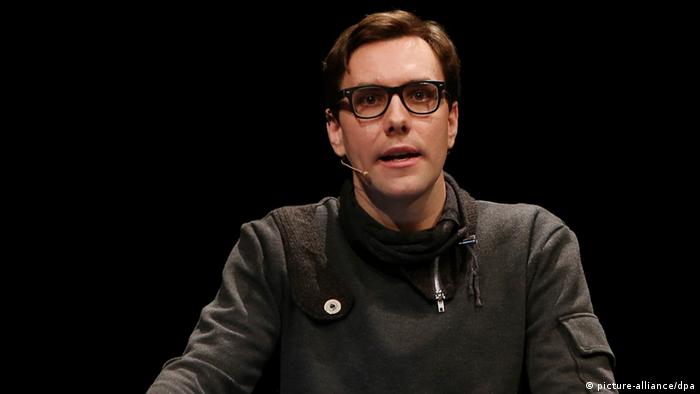 Berlin resident and US national Jacob Appelbaum told Saturday's edition of the "Berliner Zeitung" daily that he believed he was under surveillance in the German capital. Appelbaum told the paper that somebody had broken into his apartment and used his computer in his absence.

"When I flew away for an appointment, I installed four alarm systems in my apartment," Appelbaum told the paper after discussing other situations which he said made him feel uneasy. "When I returned, three of them had been turned off. The fourth, however, had registered that somebody was in my flat - although I'm the only one with a key. And some of my effects, whose positions I carefully note, were indeed askew. My computers had been turned on and off."

He told the Berliner Zeitung that his experiences in Berlin might at first appear to be coincidence, but said that "when you start keeping track, their frequency does become striking."

Appelbaum accused the US security services of practicing a policy of subversion or disruptiveness similar to that in the former Communist East Germany.

"The surveillance terrorizes people and supports the much more violent terror of the drone war," Appelbaum, who often draws a link between telecommunications surveillance and unmanned aircraft strikes in countries like Pakistan, Afghanistan and Yemen, told the Berliner Zeitung.

Appelbaum moved to Berlin citing better privacy protection in Germany and saying he did not feel safe in the US after a series of airport detentions after trips abroad. The computer security researcher and hacker, a former WikiLeaks representative and spokesman and developer for the "Tor" free software network designed to provide online anonymity, is one of the few people with access to some of the data held by former NSA contractor Edward Snowden.

"Currently our communications infrastructure is set up in such a way that the authorities can chime in at any time," Appelbaum said. "The problem is that the NSA therefore always has access to the data. The appropriate approach would be to cut the budgets of the spy agencies and to control them better, furthermore the encryption of communication should be legally guaranteed and the Internet's infrastructure should be altered accordingly."

Snowden, formerly a contractor for the National Security Agency (NSA) in the US, went public in June with information about the organization's Internet and telephone espionage practices. Some of Snowden's leaked documents implicated other espionage bodies, not least Britain's GCHQ. German Chancellor Angela Merkel's mobile phone was among the lines tapped, according to Snowden's information. Snowden is currently in Russia, having been granted temporary asylum in August.

In August in Berlin, Appelbaum delivered Edward Snowden's acceptance speech after he was awarded the biannual Whistleblower Prize by a group of NGOs.