Snap elections in Austria with ′Wunderwuzzi′ | Europe| News and current affairs from around the continent | DW | 16.05.2017

Snap elections in Austria with 'Wunderwuzzi'

After a political shake-up, Austria's coalition government has collapsed with a bang. Foreign Minister Sebastian Kurz is now reshaping the conservative People's Party into his own movement. Christian Bartlau reports. On the day after the upheaval, the only thing that seemed to be intact was the facade of the conservative People's Party's (ÖVP) headquarters. Two rather inconspicuous blue signs point the way to the stunning building on Lichtenfelsgasse, in Vienna's first district. But there is no sign of the man who became party leader on Sunday and has since set Austria's political shake-up in motion.

Foreign Minister Sebastian Kurz took office when he was 27 years of age and now, at 30, has taken over the ÖVP. The party has backed him for a long time now. Exasperated, the weakened vice chancellor and party chairman, Reinhold Mitterlehner, stepped down on May 10, saying that he no longer wanted to be a "placeholder." 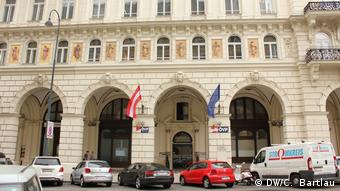 There's no hint of the political turmoil outside ÖVP headquarters

Partly in jest - and partly out of respect - the ÖVP refers to Kurz as "Wunderwuzzi," an Austrian term for whiz kid. The new boy wonder, who is seen as the party's savior, will first focus on reforming the ÖVP.

Meanwhile, Kurz publicly dictated his conditions and the powerful heads of the Austrian states in his party met them. The ÖVP will present itself in the upcoming election as "Liste Sebastian Kurz - Die neue Volkspartei" (The Sebastian Kurz list - The New People's Party). Kurz can now put together a list of national candidates and veto the state-level list. He alone will form the government team.

Kurz wants to create a movement like Emmanuel Macron's En Marche, except that the Austrian will enjoy the benefits of an established party organization. And incidentally, Kurz was the one who pulled the plug on the current governing coalition, in which the ÖVP serves as junior partners with the center-left Social Democratic Party of Austria (SPÖ). A snap parliamentary election will be held on October 15 of this year.

Austria's generally hyperactive tabloids have practically blown a fuse since Mitterlehner stepped down as ÖVP chairman and abandoned all party posts. Even the tiniest of details from inside ÖVP central are published in the media. 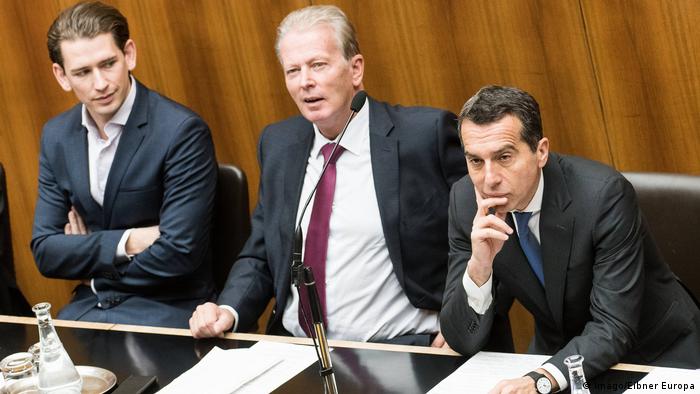 Many Austrians have expressed their disenchantment with politics. According to a survey published in February, only 35 percent of the country's population was satisfied with the governing SPÖ and ÖVP parties. The ongoing disputes in government were the last straw in what was considered to be a poisoned political climate.

"New elections are sensible after the way things have been going recently," says Matthias Osiecki, a pensioner is near the ÖVP's headquarters in a coffee house, a traditional spot to talk politics in Vienna. "But it was tactically wise that Chancellor [Christian] Kern spoke out against them."

The ÖVP triggered the last elections in 2008 - and lost. However, Sebastian Kurz enters the new race as the country's most popular top political figure. A survey published in February by Austria's largest commercial television station, ATV, said that he would clearly win if the electoral system allowed the people to vote directly for a chancellor candidate.

"Kurz is highly praised as a political talent," says Osiecki. "But I have my doubts, as I have never heard anything about him domestically."

Almost no hope for change

For Kurz, the road to the chancellory is long - much longer than the actual stroll along Vienna City Hall and its Gothic towers, toward the famed Burgtheater and then through the Volksgarten public park, which is part of the Hofburg Palace. 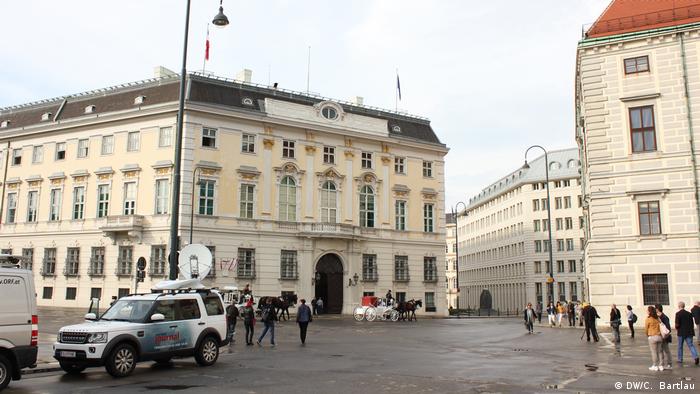 Calm before the storm in Vienna's chancellery

This is where Helgis Knirsh walks her dog. The pensioner is not surprised about the snap elections: "Things could not go on that way. The government did not govern." But the 74-year-old says that nothing will really change. "There have been many announcements but in the end, it was the same again." She expects a three-front battle between SPÖ, ÖVP and the right-wing Freedom Party of Austria (FPÖ). Polls recently had the parties between 26 and 28 percent.

Knirsch and her dog are making their way to Ballhausplatz, where the chancellery and the Austrian president's office face each other. Three camera teams are there on standby. President Alexander van der Bellen invited current Chancellor Christian Kern and the new ÖVP leader, Kurz, for a talk in the evening. The president has urged them to cooperate until the elections in October.

But there is already a dispute at hand. The SPÖ wants to push Kurz into the position of vice chancellor, but he does want to get his hands dirty before the election and thus make the campaign more difficult. 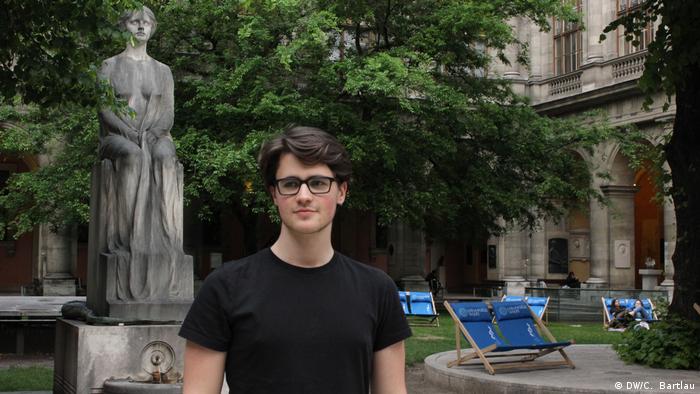 It will be very tough, suspects Leonard Soldo, a law student. He is sitting in the courtyard at the University of Vienna, some hundred meters away from the chancellery.

Soldo is also concerned about the state of the country's politics and he would have preferred that SPÖ and ÖVP reached an understanding.

But instead, an election campaign will begin in the summer. With the vote looming, "things will quickly become unsportsmanlike," says the 19-year-old student, who fears insults from all sides. For him, this will be the first national election in which he will cast his ballot.

"I am concerned that FPÖ will win and Austria will become less tolerant," he says, noting the right-wing shift in politics in Europe and around the world. "It's becoming more populist and polemicized, and decisions are made ad hoc and only in the short term."

It remains to be seen whether Sebastian Kurz will fit into this trend. He has not yet presented his platform or the people behind it.