Smugglers in Izmir, Turkey, stay busy through winter | Europe| News and current affairs from around the continent | DW | 08.02.2016 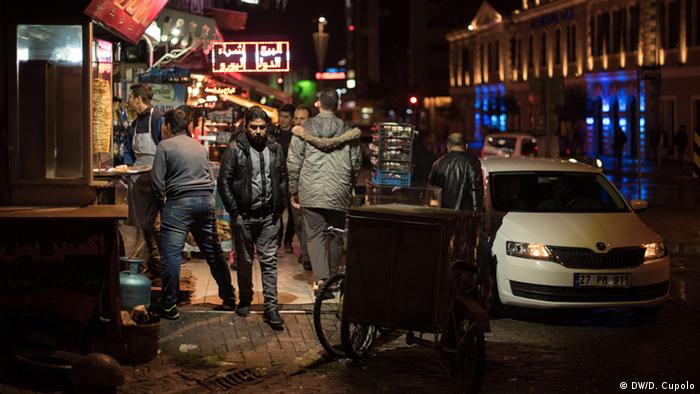 Questions aren't necessary on the Basmane square. Smugglers approach new faces to provide all the details on boats departing for Greece and, as with veteran telemarketers, it's impossible to interrupt them.

"Six hundred and fifty dollars," a young man said in Arabic, his accent clearly Syrian, offering passage to the EU for the equivalent of 585 euros. "The boat leaves for Lesbos at sunset tonight. ... There will be no more than 35 people aboard, and the driver speaks four languages."

"First, I take you to a house," he said. "Then a van will pick you up and bring you to the boat. ... It's a one-hour drive and guaranteed departure or your money back." He added: "Take my number. Call me if you have any questions. I'll be here for two more hours."

He didn't seem to notice, or maybe didn't care, about the large camera hanging from my shoulder. When he was done, he left to repeat his pitch to a group of young men with backpacks. Soon after, he led them into a cafe, where it appeared that they would make an exchange.

Other smugglers sat inside a park across the street, negotiating with families carrying their belongings in black plastic trash bags.

In Izmir, stores still sell fluorescent orange life jackets; only they have been moved indoors, where - like human trafficking operations - they are a fixture of daily commerce, only slightly less visible than before.

On Monday, German Chancellor Angela Merkel visited Turkey to discuss the number of EU-bound refugees who have transited the country, crossing at a pace that has hardly slowed this winter.

Despite increased pressure from the European Union and Turkish police, more than 68,000 people used that route last month. Five thousand had made the crossing in January of 2015, according to the International Organization for Migration. The number is expected to pick up in February as tens of thousands flee fighting in Syria's Aleppo province.

"Europe can give Turkey money, but one hundred billion dollars won't stop this," said Necep Uz, owner of the Adil Pansiyon in Cesme, a coastal town near Izmir where refugees stay before departing to the Greek island of Chios.

"These people are escaping wars, and they will keep coming until the wars stop," Uz said with a pointed finger. "Remember this two years from now when you come back and everything is the same."

After paying smugglers in Izmir, people are often transported to coastal towns to the north, near Ayvalık, from where they take off for Lesbos, or they go east, to Cesme, where nearly 400 people were staying in hotels, waiting for better weather conditions to cross the Aegean Sea over the weekend.

Uz runs one of the hotels in Cesme that host refugees. If the waters are rough, rooms are usually full and he charges $10 per person or $60 per family, but he said he often lets those who can't pay stay without charge.

"What am I going to do?" he said. "Make a mother with three kids sleep outside?"

As Afghan children played soccer in the street out front, Uz said local police had repeatedly detained him and threatened to shut down his business if he continues hosting people departing for Greece.

"If they want to send me to jail, they can send me to jail," Uz said. "But I know I am not wrong in what I am doing. It's the smugglers that bring these people here. ... Police say they have big organizations, but they are simple groups of people. There are no big mafias."

Ali, a 25-year-old housepainter from Iran, had stayed in a room upstairs for two nights. He paid a smuggler $1,000 for a spot on a dinghy and was waiting for the wind to die down so he could set out for Europe. During his stay, he took the time to buy fake Afghan documents for $100 so he could pass Balkan border controls designed to only allow refugees from war zones through.

When asked why he left Iran, Ali lifted up his shirt to show scars from the hundreds of lashes he received after he was caught drinking alcohol.

"I want to go to Germany or Denmark or even jail in Europe," he said. "Anywhere but Iran."

Until police cleared the area last month, refugees bound for Chios stayed just outside Cesme, in an abandoned complex of vacation homes called the German Holiday Village. Now they must pay for accommodation, but volunteers with the local group, Imece Inisiyatifi Cesme, have been working to soften the economic burden by providing crowdfunded food, clothing and, at times, medical services. 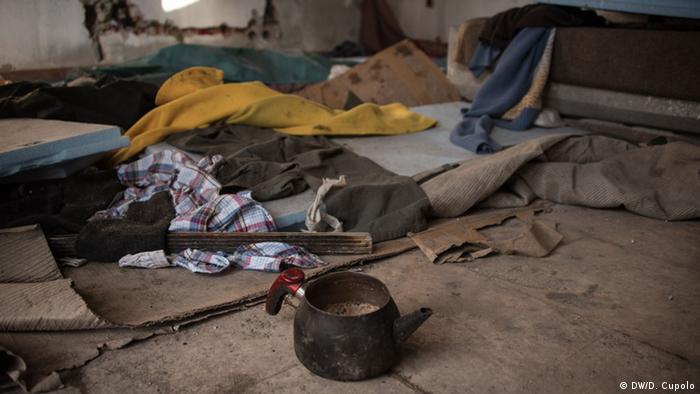 "Convincing them to stay is difficult, because staying is not the problem," Yalvacli said. "It's finding work and making a life in Turkey. What will they do here?"

Back on Izmir's Basmane square, a group of mostly women and children sat on a street corner with all their bags on a recent weekend evening. Police officers were parked across the street and watched as three taxi vans pulled up and everyone squeezed inside with their luggage.

When they drove off, two men at a cafe nearby could be heard talking in Arabic.

"When are we leaving tonight?" one asked.

"One a.m." the other responded.