Smooth sailing for the German economy | Germany| News and in-depth reporting from Berlin and beyond | DW | 16.08.2013

A successful and stable economy, low unemployment and declining debt: Germany seems to have come through the crisis with no significant injuries. Is this a credit to the Merkel government? 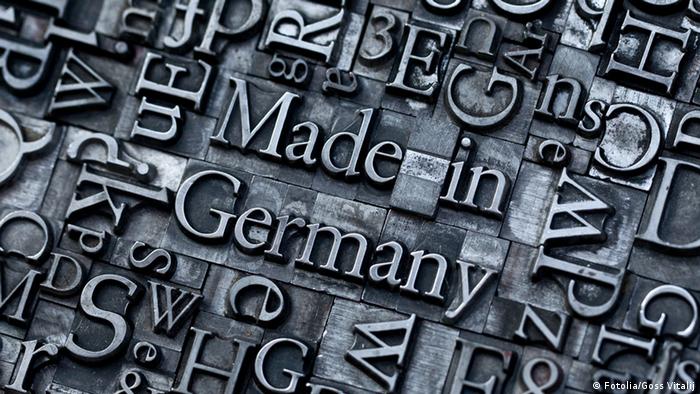 Once a year, the Federation of German Industries (BDI) takes a day to celebrate itself. Mind you, it's not one of those glittering parties with flowing champagne and a five-course menu. The Day of German Industry, as it's known, is just a conference with many speeches held in a large event hall in Berlin. Mineral water, a variety of juices and a few snacks are provided during the lunch break. Nevertheless, the meeting with its roughly 1,500 invited guests is one of the calendar's top events.

"It's the economy, stupid!" is a familiar election year slogan used by US President Bill Clinton in 1992. The sentence made history, and is still relevant in politics today. It's for this reason that Chancellor Angela Merkel takes the opportunity every year to speak at The Day of German Industry. "Thank you for what you've been doing for our country. Thank you for what you've been doing in Europe," said Merkel, speaking to industry leaders at this year's event in June.

Three months ahead of Germany's federal election, however, she wasn't the only one addressing the crowd. The top candidates from the Social Democrat (SPD), Green, Christian Social Union (CSU) and Free Democrat (FDP) parties made sure they were also on the speakers list.

From the European perspective, Germany can at times seem like "Alice in Wonderland," said Merkel's SPD challenger, Peer Steinbrück, alluding to the fantastical land described in Lewis Carroll's classic book. Steinbrück cited Germany's industry as being a "substantial cause" for the success of recent years.

"Therefore, you can expect my policies to place a strong emphasis on strengthening and preserving the industrial chain of economic value," he promised. 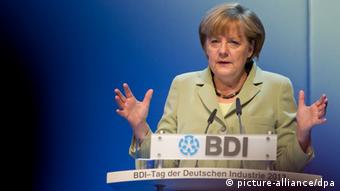 A leader in Europe

A quarter of the total value added to the German economy every year can be attributed to industry. Together with the industry-related service providers, that figure is higher than 30 percent. The companies represented by BDI employ more than 8 million people in Germany. It's no surprise that BDI President Ulrich Grillo has sometimes confidently referred to his branch as a "job machine."

Nothing, according to Grillo, who spoke at the conference in June, has brought Germany through the economic crisis of the last few years like industry. "Germany has become the way it is today because it set the course for industry more than 150 years ago," he said. "It has been, and remains, the foundation of the German economy."

The weaknesses on the European continent are those areas where industry does not play a major role. "A weak industrial sector means dramatic unemployment figures and a destabilization of society," said Grillo.

In fact, when compared to the rest of Europe, Germany indeed has the largest industrial sector. In the UK, where the financial sector has massively expanded in recent years, the manufacturing sector makes up only around 11 to 12 percent of the value added. France has also seen significant deindustrialization. Italy, on the other hand, is comparatively better but is no match for the economic success of the Germans.

No other industrial nation in the world has such a strong small and medium-sized enterprises (SMEs) sector and such a high number of successful family businesses. To be classified as an SME, a company should have no more than 500 employees and an annual turnover which does not exceed 50 million euros ($66.6 million). Four out of five German industrial companies are family-owned.

In Germany, the value added chain extends from the raw materials sector to finished products. Products made in Germany are in demand worldwide, especially in the booming emerging markets: cars, machinery and chemicals. Three quarters of all German exports come from the highly innovative manufacturing sector. Ninety percent of total spending on research and development in Germany is devoted to industrial companies; in Europe's other developed countries, the average is just 70 percent. 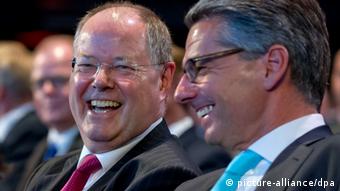 In the wake of the 2008 financial crisis, economic activity in Germany collapsed by 5 percent. Only two years later, the country was back at pre-crisis levels, with the economy growing by 4.2 percent in 2010. Today, Germany's economic activity is far from this high​​, but by European comparison, Germany's economic growth of 0.5 percent in 2013 still puts the country at the top of the class.

It wasn't always like this. At the turn of the millennium, Germany was known as the sick man of Europe. The SPD and the Greens had taken over the government in 1998 and, in response to the dire economic situation, introduced previously unheard of reforms. Known as Agenda 2010, the labor market and welfare systems were turned inside out, a process seen as politically controversial to this day.

In 2007, the grand political coalition of the CDU/CSU and SPD pushed the retirement age up to 67. And in 2009, a debt ceiling was added to the German Constitution.

"Our current good standing is due to the reforms we carried out in the labor market and the social security systems," said Merkel. "Otherwise we would not be standing here today in such good shape." German economist Bert Rürup agrees, saying that Germany "has reinvented its economy in the last 10 years."

Financial help during the crisis

Since the outbreak of the financial, economic and debt crisis, however, political zeal for reform in Germany has markedly slowed. Instead, businesses in the crisis years have favored acute damage control. But even this helped Germany avoid the worst of the crisis, as economic stimulus programs supported and facilitated survival for struggling companies.

The SPD's Steinbrück has attached great importance to his finding that it was his party, in the government coalition with the CDU/CSU, that took care of this financial support. "We were the ones to set the scrappage incentive scheme in motion and stabilized the entire automobile industry and the whole sequence of suppliers, technology developers and vendors," he said.

The municipal investment program for the renewal of infrastructure and a system of short-time work was also initiated by the SPD, said Steinbrück. The Federal Employment Agency (BA) intervened for up to 18 months so that companies wouldn't have to lay off workers. And when the order books filled up once again, production was able to start immediately, something that would have been impossible without having well-trained professionals on hand. 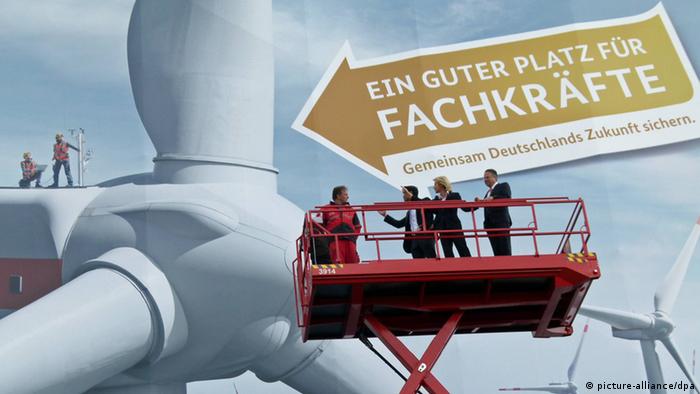 Look to the future

What next for Germany? That depends on who you talk to. To an entrepreneur in the 1990s, the most pressing problems were non-wage labor costs, tax burdens and bureaucracy. In 2013, the problem of bureaucracy remains, though less is said about the first two issues. Instead, employers are more worried about the shortage of skilled workers and the cost of energy and raw materials.

From the political perspective, these problems and others - the switch to alternative energies, demographic change, debt reduction and the regulation of the financial sector - are all serious topics of discussion.

For citizens and voters, the topic of justice is also one of great importance. Taxpayers have had to pay many billions of euros to bail out the banks during the crisis. Eighty percent of that additional debt went to the restructuring of the financial sector, money that wasn't put toward education and infrastructure. One doesn't have to look far in Germany's cities and communities to find dilapidated schools and pothole-filled streets.

In the day-to-day working world, there have also been increasing complaints about a lack of justice. Temporary work, contract work, low-paid work, part-time work and declining wage obligations have increased the gap between hourly wages and salaries. 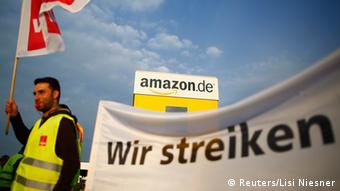 Employees have gone on strike for higher wages

According to a study by the BA's Institute for Employment Research (IAB), one in four German workers has a low income. To be included in this group, a person would have to earn less than two-thirds of the national average salary, which in 2010 was less than €9.54 ($12.73) per hour.

At the moment, Germany's low-wage sector is the largest of all Western European countries. "It just can't be the case that more and more people in the service sector, working full-time, 40 hours per week – as for example a cook in my constituency on the island of Rügen - rely on the state for the rest of their income. That's not right," said Merkel on The Day of German Industry.

The SPD and Greens also reminded the industrial sector that a social market economy must always strike a balance between entrepreneurial freedom and social responsibility.

"In previous years, the social balance was seen by some as a burden," recalled Steinbrück and adds: "In the meantime, I believe, it has been recognized as a controlled place for conflict resolution and a balance of interests. In any case, it functions much better than in other European countries." He added that companies should definitely consider this fact when deciding whether to risk social peace and their worldwide reputation as reliable exporters and suppliers.

BDI head Grillo said the industrial sector had certainly heeded this warning, adding however that more justice would not be possible without economic success. For that, structural reforms needed to be put in place.

Grillo said that if Germany did not massively invest in education, infrastructure and development, and if the costs of the change to alternative energies were not taken seriously, then economic growth would significantly decrease.

"Germany is a model in Europe. We can only continue to be a model if we set the right course," he said.

Greece is a hot topic in Germany's election campaign, as the two main parties debate another bailout for Athens. Greek MEP Dimitrios Droutsas told DW these decisions shouldn't be made during an election. (30.08.2013)

The Hannover Messe trade show is the world's largest showcase for industry, as well as an important economic indicator. This year, the mood has been reserved as the economic crisis takes its toll. (09.04.2013)