Droutsas: Greece could be a ′victim′ of German election | Europe | News and current affairs from around the continent | DW | 30.08.2013

Greece is a hot topic in Germany's election campaign, as the two main parties debate another bailout for Athens. Greek MEP Dimitrios Droutsas told DW these decisions shouldn't be made during an election. 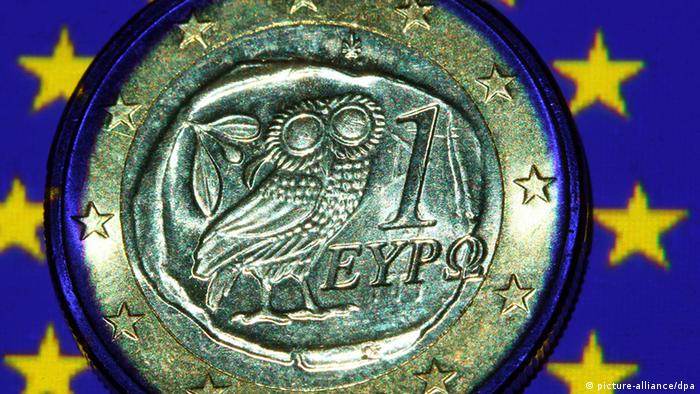 DW: Mr. Droutsas, Greece is once again the subject of much discussion in Germany. There's talk of a new aid package, or even another debt cut. What do you think about this, from a European perspective?

Dimitrios Droutsas: I think one should never pay any attention to election dates and election campaigns when important decisions are involved. I know that, especially to German ears, it doesn't sound very good and it's not very popular, but I still believe that if we want to find a permanent solution, not only for the crisis in Greece but for the euro crisis as a whole, we have to be open and tell the truth, even if it's sometimes bitter.

If we really want to find a solution, it won't be possible, in my opinion, without a second debt cut for Greece. And Greece will probably need more financial assistance to get through the next few years. That doesn't sound good, but it's the truth, and we have to face these truths.

It's actually been obvious for months that there has to be another debt cut, and further assistance, too. Economic experts in Germany are saying the same, and the International Monetary Fund (IMF) is saying it in its reports. Are you surprised that it's become a big topic of discussion all of a sudden? 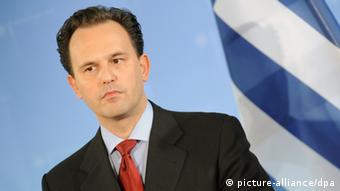 Unfortunately, some people here couldn't restrain themselves, if I can put it that way. It's become a very, very important topic in the German election campaign. That's why I'm expressing my fear that Greece could become a "victim" of the election campaign. A proper decision, one that had probably already been taken behind the scenes, namely a second reduction of Greece's debt, could be reversed or at least postponed because of the vehemence of the public debate in Germany. Yet time is a luxury in dealing with this crisis.

What do people in Greece think of this most recent debate?

Of course there are a lot of reports in the Greek media about this debate, and a lot of discussion about it, too. The Greek government is staying out of it - rightly so, in my view. But the fact of the matter is that this debate is, of course, something that Greeks are very, very preoccupied with.

In just over three weeks, Germany will vote for a new parliament. Do you think that after the election, when the dust has settled, it will be possible to have a more objective discussion about this? Will the German government and chancellor be prepared to talk about providing aid for Greece?

I can only hope that the rhetoric in the remaining weeks of the German election campaign doesn't get too strong, so that after the election people will be able to retract certain statements. I think everyone should ask themselves what they're saying in the election campaign. There are very big, very important matters at stake.

We're all talking about another debt cut in Greece, about more financial aid. That's all well and good, but we should also all be talking a lot more about the structural reforms that need implementing in Greece. Here, too, I would like our EU partners, and Germany in particular, to focus more on what structural reforms are necessary in Greece, and to apply the necessary pressure to get them implemented.

Dimitrios Droutsas has been a Member of the European Parliament since June 2011. As Greek foreign minister from September 2010 to June 2011, the Social Democrat politician was actively involved in the Greek financial bailout..

Since 2010 Greece has received a total of 250 billion euros in international loans, has accepted a debt cut of around 100 billion euros from private creditors, and is still heavily in debt. The current aid package runs out at the end of 2014, after which the country is supposed to finance itself on the capital markets.

IMF approves next tranche of bailout funds for Greece

The IMF has announced that it plans to release the next installment of bailout funds to Greece. Athens passed its latest review, but the IMF warned it must do more to implement reforms in light of looming shortfalls. (29.07.2013)

For many Greeks, German Finance Minister Wolfgang Schäuble is the face of austerity and harsh economic measures. But this time, he visited Athens bearing a promise of 500 million euros. (19.07.2013)

Just before the summer break, the eurozone finance ministers have promised Greece the latest tranche of its bailout package. But before that, Athens will have to implement some long overdue reforms. (09.07.2013)