Smoking out the dirty money in Kenya

Kenya's highest-value banknote makes way for a new-look 1,000-shilling bill on October 1. Has the bid to expose dirty money hoarders and tax evaders by making it obsolete worked? 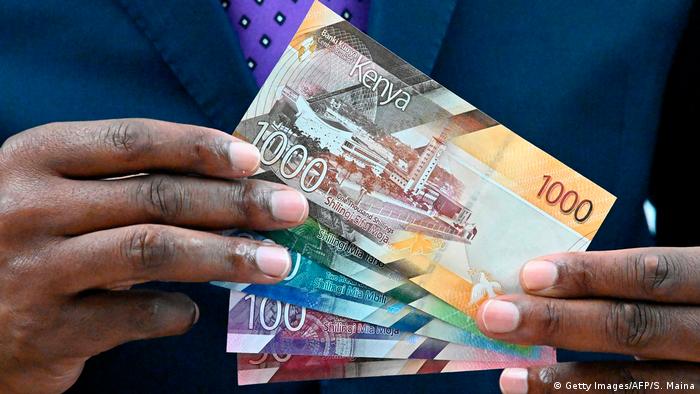 In June 2019, the Central Bank of Kenya (CBK) announced that the 1,000-shilling banknote will cease to be legal tender in four months' time. A newly designed 1,000-shilling note would go into circulation along with smaller denominations. Kenya also asked its neighbors, Uganda, Kenya, and Tanzania, not to allow 1,000-shilling notes, valued at around $9,60.

Kenyan authorities said scrapping the old note would be a way of ending the corruption that has deeply entrenched in the country. Billions of the high-denomination notes were suspected to be stashed away by corrupt officials, tax evaders and money launderers.

CBK Governor Patrick Njoroge recently declared the government's the goal of curbing corruption and money laundering as largely achieved. He hailed neighboring Uganda and Tanzania, where the 1,000-shilling note from Kenya was banned in June. "We have received excellent support from other jurisdictions," Njoroge told reporters.

On 29 September 2019, the Sunday Nation reported that at the start of the month, 99 percent of those who had converted the old notes had one million shillings or less, with only 24 individuals presenting to 42 banks with old notes worth more than two million shillings

"This means either no one had more than the on million shillings in cash, or those who did decided to beat the system by breaking their loot into smaller amounts to escape the scrutiny of the CBK," the newspaper said.

Dozens of government officials and member of the business community have faced court on charges related to the alleged theft public funds amounting to hundreds of millions since May 2018. The government is yet to pronounce on the impact of its anti-corruption drive involving the1,000-shilling note.

Kenya Bankers Association (KBA) Chief Executive Habil Olaka told journalists that the level of vigilance in the sector was extremely high as the expiry of the 1,000-shilling note approached. "Banks have been reminded to report any suspicious financial activity using know-your-customer rules. We are continuously advising banks to scrutinize every person who comes to exchange notes or makes unusually high deposits." 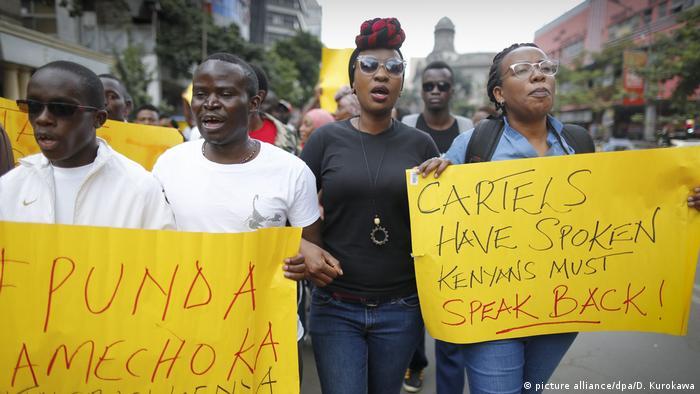 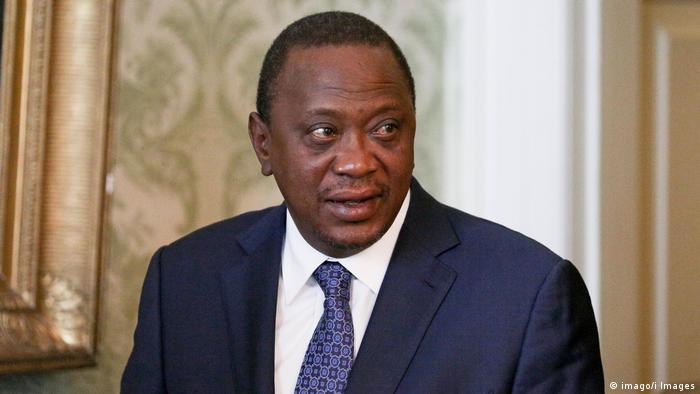 Kenyan President Uhuru Kenyatta has vowed to stamp out corruption

Controversy over images on the new note

Kenya's efforts to get rid of the old notes have not been smooth. Prominent activist Okiya Omtatah petitioned the High Court in a bid to withdraw the new notes from circulation. The new 1,000-shilling note carries a portrait of Kenya's first president Jomo Kenyatta – father of current President Uhuru Kenyatta – in violation of the Constitution.

"They are not interpreting the Constitution in a manner that sustains it and develops the law," the activist said. "They are doing it in a manner that frustrates and limits it. We are going to appeal the decision."

James Shimanyula in Nairobi contributed to this article.

Kenya's Chief Prosecutor Noordin Haji said Monday he had enough evidence to press charges against 40 members of the National Youth Service (NYS) who were arrested in one of Kenya's biggest corruption scandals. (28.05.2018)

A report by Kenya's Ethics and Anti-Corruption Commission (EACC) has revealed that graft is permeating all levels of society. It states that Kenyans even offer bribes for public services such as death certificates. (16.03.2016)

Votes are being counted after Kenyans came out to the ballot box on Tuesday. The nation is choosing a new parliament and president. It's a tight race for the top job, and the winner is facing big challenges. Inflation, unemployment and corruption have dominated campaigning.