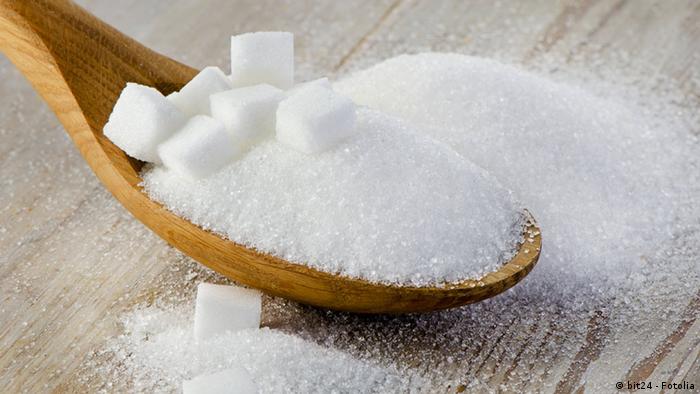 A disaster: that's what Samuel Nyandemo, senior lecturer on economics at Nairobi University, calls the refusal by lawmakers to investigate finance minister Henry Rotich and East African community minister Adan Mohamed, previously minister for trade, for their roles in the importation of contaminated sugar from Brazil last year. "Members of Parliament are supposed to be truth seekers. But they have resorted to rent-seeking," Nyandemo told DW, pointing out that there is ample proof that lawmakers took bribes from the industry to ditch the investigation. "A good number of those members of parliament that didn't want to take bribes have come out openly and they say they saw bribes being received," he said.

To solve an alleged shortage, finance minister Rotich last year gave the sugar barons the authorization to import any amount deemed necessary, leading to an oversupply of 450,000 tons. This had a direct negative impact on sugarcane farmers and the local sugar industry. It also cost the state millions in tax revenues. Moreover, minister Mohamed is accused of failing to supervise the quality of the imported commodity, which turned out to be tainted and a health hazard for consumers.

A sugar bomb for neighborly relations

Kenya's "sugargate" has spilled over into neighboring countries. Last week, President Yoweri Museveni of Uganda and President John Magufuli of Tanzania met to solve a dispute over Ugandan sugar exported to Tanzania. They took care to point out that the fault lay with Kenya. Allegedly, the sugar sold by Uganda originated from Kenya and was then repackaged to be sent on to Tanzania. There are fears that it could be the same Brazilian product considered unfit for consumption. Tanzania is also trying to protect its own industry and feels that imports from abroad are unfair competition. 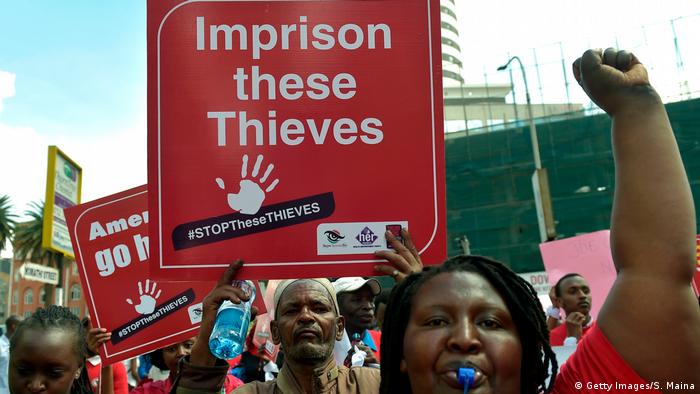 Kenyans are increasingly aware of the need to root out corruption

According to economist Nyandemo, Kenya itself has no real need for imported sugar. Claims of a shortage are attempts by sugar traders to manipulate prices. "In any case, Kenya is a member of the East African Community (EAC) and COMESA (Common Market for Eastern & Southern Africa)," meaning that any imported sugar should have come from another member state," like Sudan, "which is known to produce sugar at a lesser cost than any other country in the region," he said.

Nyandemo has no doubts that the sugar in question was smuggled to other countries, "including even the Democratic Republic of Congo," he said. This is especially the case since the Nairobi government has started a crackdown on what it calls "illicit goods" to help local manufacturers. The Kenyan economist says that this is a case when a country does not play by the rules, something which might keep the EAC from developing. Besides, it is a "time bomb" which can impact negatively on the relationship between the community's member states.

The case has already led to attrition between Uganda and Tanzania. Magufuli imposed a 25 percent import duty on sugar from Uganda, on the assumption that its real origin was Brazil and that it reached his country through Kenya. Ugandan economist Ibrahim Okumu from Makerere University feels that this is blatantly unfair. But East African politicians have to be seen to be doing something when sugar is at issue: "Sugar is a political commodity. Sugar can make you lose votes," Okumu told DW. This is why politicians in Uganda try to interfere to prevent the price from going up. Kenyan President Uhuru Kenyatta has promised to stamp out corruption

Subsidizing prices and protecting national industries could undermine the project of free trade in the EAC. "To have control over sugar prices in a way you must have control over the production of sugar," Okumu says. "This is partly why countries want to protect their industries: to control sugar pricing."

Expert Okumu does not think the situation necessarily spells the end of all attempts at a common market. But rules must be obeyed, including those concerning the origin of products imported, he maintains. And, above all, trade needs to be completely transparent.

Kenyan economist Samuel Nyandemu believes that Uganda, Tanzania, and Kenya, as well as other members of the EAC, will have to sit down and solve the problem soon. Sanctions should then be implemented against anyone flaunting the rules.

But Nyandemu trusts Kenya to do the right thing. Especially because with the support of the main opposition leader, Raila Odinga, the government of President Uhuru Kenyatta is now in a stronger position to make good on its anti-graft promises. Including fighting schemes like the Brazilian sugar imports, which this expert links directly to corruption."Things in Kenya have drastically changed. In the next couple of weeks, this issue of sugar is going to be dealt with once and for all. Kenyans are getting more enlightened now," he said.

Many Kenyans shocked by sugar deal with Uganda

Kenyans have reacted to trade deals with Uganda with shock and skepticism. A number of deals were reached during a three-day state visit to the neighboring country by Kenyan President Uhuru Kenyatta. (12.08.2015)