As Peter Zumthor picks up the world's top architecture prize in Argentina this week, controversy continues to simmer over one of his smallest, and most talked about, buildings. 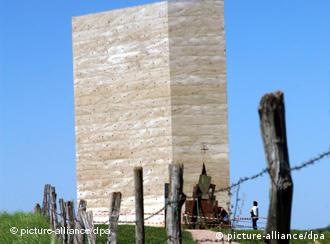 The chapel is made of 24 layers of concrete, which was hand-mixed by locals

A tiny chapel designed by Peter Zumthor has been in the news since it was erected in a farming village outside Cologne, Germany, in 2007. For better or worse, the media glare is only likely to get brighter after the Swiss architect picks up his Pritzker Prize - architecture's highest honor - in Buenos Aires this Thursday.

Zumthor may not yet be a household name, but he is well known among fans of contemporary architecture. They travel from far and wide to visit his buildings. His most famous design is a rock-walled thermal spa in Vals, Switzerland. But recently, the chapel he built in the middle of a farmer's field in Wachendorf, Germany, has gotten an outsized portion of attention. 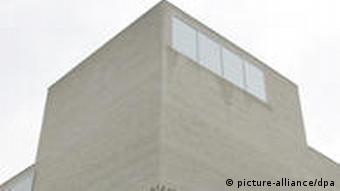 Dedicated to Saint Nicholas of Flue, known to his followers as Brother Klaus, the chapel was commissioned by a local farmer, Hermann-Josef Scheidweiler. He first asked Zumthor to design a place for prayer and meditation back in 1999, as a monument of thanks for his successful life.

But what started out as a private gesture has turned into a very public space, attracting dozens, if not hundreds, of visitors each weekend. It has turned the little village of Wachendorf into a magnet for people interested in both design and religion.

Visitors from 'every corner of the earth'

Sylvia Prast lives in the village. She says people come to see the chapel "from every corner of God's green earth - from England, from Japan; it's really phenomenal." Before road signs were put up in town showing the way to the Brother Klaus chapel, people would ring her doorbell all day long to ask for directions, she said.

Many of them were nice, but "some treat you like a leper, like you're just a local, only here to help them," she said. 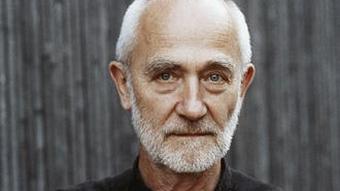 The architect offered to give up his pay for the project

Meanwhile, she and her husband Egon have had to change the usual route they walk with their dogs on the weekends, because the paths around the chapel are so crowded.

Of architects and mystics

"I can say, our peace and quiet is really disturbed," said Egon Prast. "First of all, when you walk around here, the people don't even step aside, they almost push you off the road. And if you're driving a tractor, it's really hard to get through. Even though the street is blocked off to normal traffic, they drive right up here and ignore the signs. It's absurd!”

Indeed, on a sunny Sunday in May, some thirty cars were parked in the makeshift lot at the bottom of the hill, and dozens of people tramped up and down the kilometer-long gravel path to the building, which juts up starkly from a yellow canola field.

Many who come there are drawn to the building for spiritual reasons; Nicholas of Flue was a 15th century mystic with a large following and is the patron saint of Switzerland. 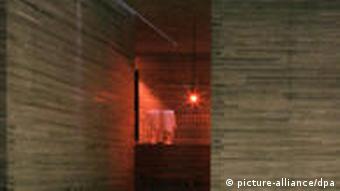 Zumthor's best-known work is a spa in Switzerland

Britta Dubilier lives in Cologne but said she goes to the chapel regularly. She said she finds it peaceful inside, especially when there are no crowds.

"It is special because it is open at the top, so light can come in, or you can hear the wind, or the rain," said Dubilier. "It has a very meditative feeling."

Others come purely for the architecture. The Pritzker committee cited Zumthor's "poetic" and "timeless" design when they selected him for this year's award. And indeed, the Brother Klaus chapel is both of these things.

From the outside, the rectangular monolith is spare and simple, with sheer walls of sand-colored cement. But in the interior, a twisting tunnel leads into a cave-like, smoke-blackened meditation room, which narrows at the top up to an open-sky oculus.

One man had driven more than two hours from Brussels to visit the building. He came with his daughter, who wanted to make the trip to celebrate her birthday. 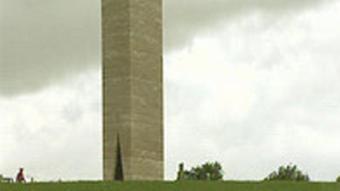 The building looks different from every angle

"We heard about the chapel by Peter Zumthor, and my eldest daughter is an architect, so she advised us to come here and see," he said. "It's fascinating, fabulous. We've seen the chapel of Le Corbusier in Rondchamps, and it's something quite different of course, but in the same spirit."

Still, not everyone is pleased by the building. The people in town had initially been told that the Scheidweilers wanted to build a typical chapel, made of fieldstone. That would have been fine, said Sylvia Prast. But she and many of her friends consider what went up instead to be an atrocity:

"When you look up there, what do you see?" she asked a visitor. "Most of the people in the village say it looks like a bunker or a missile silo.

"Maybe it's worthwhile for people who are interested in architecture. But for normal people, it's absurd to call that a chapel."

New York-based star architect Daniel Libeskind said he plans to design a synagogue for a liberal Jewish congregation in Munich. (12.11.2008)

Removal of the scaffolding from the US embassy construction site in Berlin has triggered fresh debate about this symbol of Washington's power on the site of the former Berlin Wall. (11.05.2008)

Learn more about the award and this year's laureate Peter Zumthor.