Israelis and Palestinians want to return to the negotiating table. In Washington, the negotiators have come together to begin new peace talks. But there's a feeling of helplessness among the people on both sides. 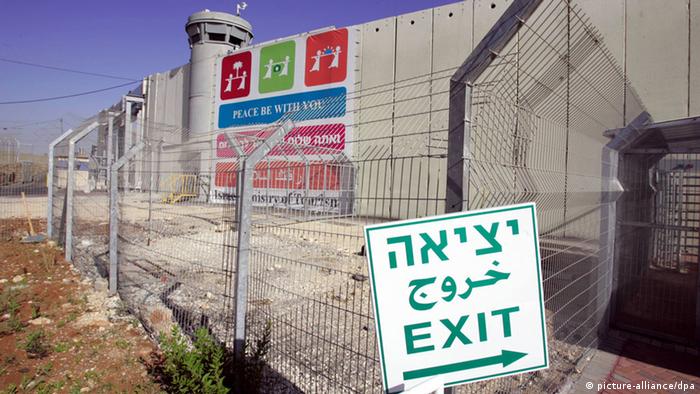 As Israeli and Palestinian negotiators come together in Washington for preliminary talks on Monday evening (29.07.2013), the expectations on both sides are not particularly high. "This sense of déjà vu can explain a lot of the cynicism that accompanies the announcement on Secretary of State John Kerry's success in jump-starting the stalled peace process," wrote Israeli journalist Uri Dromi in a column.

Palestinians and Israelis have seen the beginning of new peace talks many times before - each time they have hoped and believed in a solution. But in the past few years this hope has made way for a sense of helplessness. "It's better than nothing. It can't get any worse anyway," says Israeli student Gad Marcus in Jerusalem, shrugging his shoulders. "My hope certainly doesn't rest on Bibi (Benjamin) Netanyahu. Do the Palestinians really want peace? No idea." 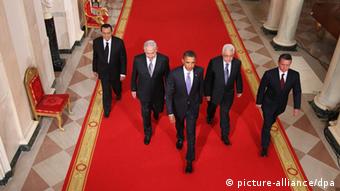 The last round of major peace talks happened in 2010

At the moment, 55 percent of Israelis would vote for an agreement with the Palestinians, according to a survey published in Israeli newspaper Haaretz at the end of July. But at the same time, 70 percent don't believe there will ever be such an agreement. Expectations are low on the Palestinian side too - 69 percent of Palestinians do not believe a two-state solution will be implemented in the next five years, according to a survey by the Palestinian Center for Policy and Survey Research. "Even though more people are talking about the peace process, the people here are pessimistic," said Imad Muna, Palestinian bookseller in East Jerusalem. "I'm an optimist by nature, but since 1994, so for almost 20 years, we've been trying to negotiate with Israel, and to be honest, I don't have any expectations that something will come of it this time."

A last hurdle on the path to taking up direct talks again was cleared on Sunday (28.07.2013) - the Israeli cabinet decided to release 104 Palestinian prisoners. There were tough discussions about this political concession to the Palestinians. It was only after a debate of several hours in the Israeli cabinet that Prime Minister Benjamin Netanyahu was able to win over 13 cabinet members for the amnesty. Seven voted against and two abstained. All 104 prisoners were imprisoned for terrorist activities before the signing of the Oslo Agreement in 1993. Some had been serving life sentences for murdering Israelis. 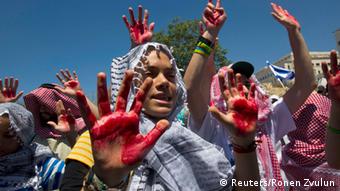 There were several protests against the release of the Palestinian prisoners

The decision was not easy for anyone, including himself, Netanyahu had said at the start of cabinet meeting, "but there are moments when you have to make difficult decisions for the good of the nation." There was particularly heavy criticism of the fact that there were Israeli Arabs among the prisoners due to be released in the next nine months, depending on the progress of talks. "No country in the world would release murderers as a present," said Naftali Bennett, chairman of the right-wing religious party "The Jewish Home." He voted against the release, as did some ministers from Netanyahu's own ranks in the Likud Party. But it was always clear that the Palestinian leadership in Ramallah would only negotiate with Netanyahu if there was a guarantee that Palestinian prisoners were freed.

Working out a road map

At the first meeting of the negotiators in Washington on Monday evening, Israeli Justice Minister Tzipi Livni and Palestinian chief negotiator Saeb Erekat were due to work out a plan for the next weeks and months. Both sides emphasized that they still had to work out a number of details before the actual talks, under US stewardship, could begin. 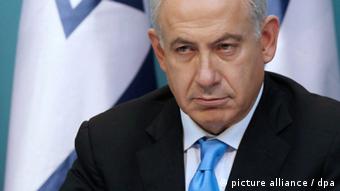 Many of the details about the re-opening of negotiations, which Kerry hashed out in months of shuttle diplomacy between the two sides, have not been made public. The Palestinians expect talks to take place on the basis of the 1967 borders, while Israel will mainly be insisting on security guarantees. Big sticking points, like Jerusalem and the return of Palestinian refugees, will have to be set aside altogether for the time being. But in almost all questions, the positions on both sides are very far apart.

"The chances that the talks will reach a deal under these circumstances are not particularly high," says Abraham Diskin, politics professor at the Hebrew University of Jerusalem. "But in this phase, there should definitely be a decision from both sides to continue the talks and stick with them. That would be a huge success in itself." Palestinian analyst Mahdi Abdul-Hadi of Palestinian think tank Passia is also skeptical of the chances of success. At the moment, he sees the main focus as winning back the lost trust among the population on a political level.

"The Palestinians are sick of waiting and are frustrated, and many don't believe that anything will move," he says. On the other hand, they don't want to give up hope altogether. Both sides agree on one thing at least - the worst that can happen is that there will only be talks about talks without any clear results.

US Secretary of State John Kerry has forged a tentative agreement between Israelis and Palestinians on renewed peace talks. But the two sides still face fundamental disagreements about the preconditions for negotiations. (23.07.2013)

After years of stalemate, Israelis and Palestinians have agreed to hold talks again to solve the Middle East crisis. It's a first success for US Secretary of State John Kerry who has been pushing for such talks. (23.07.2013)

Future EU money for Israeli projects will be tied to the condition that it doesn't end up in Israeli settlements in the Palestinian territories. Is this a change of course by the European Union? (19.07.2013)