Police in Saxony have raided 19 locations associated with the far-right "Freie Kameradschaft Dresden" group. The group is suspected of committing a number of attacks targeting refugees and political opponents. 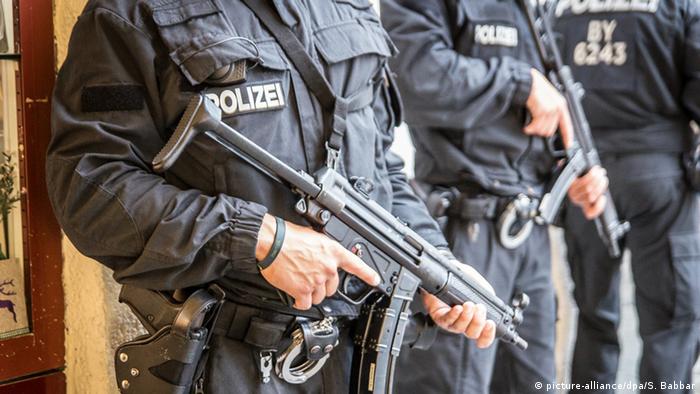 The "Freie Kameradschaft Dresden," which translates as the "Free Comradeship of Dresden," is suspected of involvement in 14 criminal acts, including an explosive attack, attempted arson, damage to property and several instances of causing bodily arm.

The detained members were also charged for attacking asylum seekers and political opponents. The prosecutor's office said the group had targeted refugee lodgings in Freital, Heidenau and Dresden.

Opinion: Bautzen is just a symbol

The city has been the scene of arson attacks, vulgar behavior and riots since the refugee crisis began. Many people think that is typical for Saxony. Marcel Fürstenau has another view. (16.09.2016)

Police presence in the eastern German city has been boosted following Monday's blasts at a mosque and convention center. The attack came less than a week before celebrations take place to mark Germany's reunification. (27.09.2016)

The six arrested members were expected to be presented in front a magistrate on Wednesday, the day of their arrest.

Authorities said they had been investigating the "Freie Kameradschaft Dresden" since June 2015. The group is reportedly made up of 15 men and two women, ranging from ages 16 to 30.

Several extremist attacks on asylum seekers and politically-motivated clashes have taken place in the eastern state of Saxony in recent months. In September, xenophobic attackers set off explosives outside a Dresden mosque and convention center. Also in September, the town Bautzen was rocked after a series of violent clashes between refugees and right-wing extremists.

The state parliament, meanwhile, has the highest share of ALternative for Germany (AfD) parliamentarians of any in Germany, after the euroskeptic, anti-immigration party claimed more than 20 percent of the vote in state elections this March.

Saxony's police unit responsible for tackling extremism led Wednesday's raids. It was assisted by local forces from Leipzig and Dresden, as well as the state's investigative police force, the LKA Sachsen.