Seoul has said Kim Yo Jong, the North Korean leader's sister, will accompany the country's ceremonial head of state. The Koreas have witnessed a thaw since Pyongyang announced its participation in the Winter Olympics. 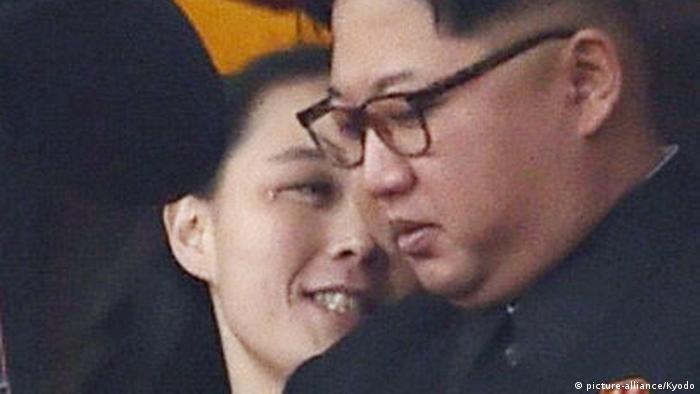 The South Korean Unification Ministry on Wednesday announced that Kim Yo Jong, the youngest sister of North Korean leader Kim Jong Un, will attend the opening ceremony of the Winter Olympics in Pyeongchang.

North Korea informed Seoul that she would be accompanying Kim Yong Nam, the country's nominal head of state, alongside other senior officials.

Recent high tensions on the Korean Peninsula have unexpectedly ebbed in the build-up to the Olympics, with a string of minor breakthroughs since Pyongyang announced its intention to participate in the Games in South Korea. 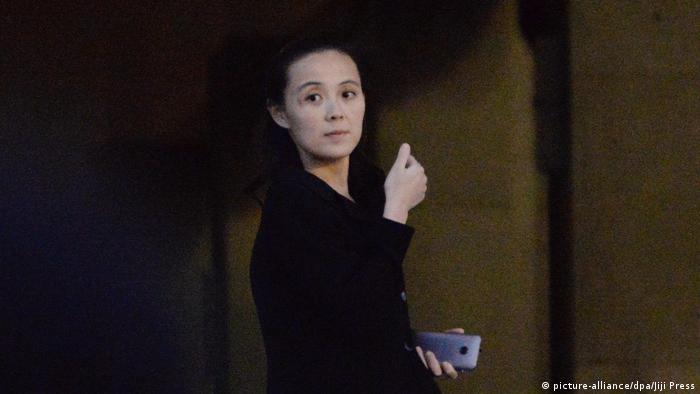 Kim Yo Jong holds significant influence in North Korea, according to analysts

Who is Kim Yo Jong?

She is considered one of Kim Jong Un's "closest confidantes." However, "given the patriarchal nature of North Korea's political culture, she is not a candidate for succession," Michael Madden, a North Korea expert at Johns Hopkins University, told DW in 2014.

Last year, the North Korean leader appointed her an alternate member of the influential politburo, making her a replacement for his aunt, an influential figure during his father's rule. "Alternate" politburo members attend but do not have voting rights.

She has also been targeted by US sanctions, alongside other North Korean officials, for her alleged role in committing "severe human rights abuses."

Tensions on eve of Olympics

The high-profile delegation of North Korean politicians is scheduled to arrive in South Korea on Friday for the opening ceremony of the Winter Olympics. North Korea has 22 athletes who will compete in the international sports competition, the two Koreas will walk together under a neutral flag at the opening ceremony.

Despite the recent rapprochement between the Koreas, the North's state news agency, KCNA, provided a reminder of the underlying tensions earlier on Wednesday, slamming protests in the South Korean port town of Mukho.

The protesters had rallied against the arrival of a North Korean arts troupe visiting for the Games. KCNA described the protesters as "headless chickens," saying they amounted to "no more than a group of benighted gangsters inferior to beasts."

Critics of North Korea's participation in the Olympics have accused Pyongyang of attempting to ease pressure on the country, which is under international sanctions for its nuclear and ballistic missiles programs.

North Korean authorities had asked Seoul to provide much-needed fuel to the ship that transported the arts troupe — the most recent international sanctions against Pyongyang specifically targeted oil imports. South Korea exempted the ship from sanctions in order to allow it to bring the arts troupe by water.

As South Korea readies to host its first Winter Olympics, not all locals are happy that North Korean athletes will also be involved. DW spoke to some of them to find out why. Fabian Kretschmer reports. (25.01.2018)