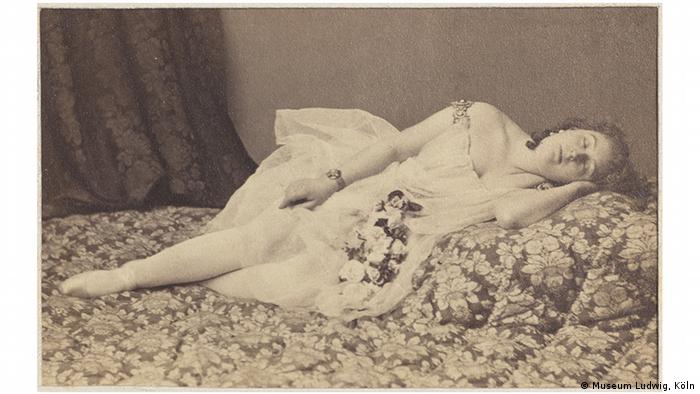 In the summer of 1853, Bavarian Princess Elisabeth was invited to the 23rd birthday of Emperor Franz Joseph, ruler of the Habsburg empire. For the young monarch, it was love at first sight, and their marriage was quickly agreed upon. Together, they ruled over one of the most powerful empires of Europe.

Thanks to director Ernst Marischka's film trilogy about the young princess nicknamed  Sisi (spelled "Sissi" in the film title), released between 1955 to 1957, generations of television viewers around the world have delighted in following the young princess's journey as she struggled to navigate Viennese court etiquette while winning over the hearts of the population.

Who was the real Sisi?

As a historical figure, the 19th-century empress became both a legend and a symbol. She represented a common longing to break out of the shackles of everyday life to become someone spectacular. But this myth didn't exactly speak to her actual character. The empress was also a selfish and capricious person.

Born in 1837, the young princess was the fourth of 10 children of Duke Maximilian and his wife Ludovika of Bavaria. She spent her childhood in Munich and nearby Lake Starnberg before becoming empress through her marriage at the young age of 16.

Yet becoming empress and moving to Vienna was not exactly a dream come true for the teen. Only two weeks into her marriage she referred to her new home as a "dungeon." Her husband was unable to devote himself to her private life — he was busy coping with military defeats and the process of transforming the empire into two constitutional monarchies: Austria and Hungary.

Creating her own photo collection

Sisi had three daughters and a son. Yet she was deeply unhappy with life in court and plagued by health issues, many of which were thought to have been psychosomatic. Seeking respite, the empress fled her family and Vienna and traveled around Europe, living in Venice, Madeira and Corfu, where she could relax and recuperate — she later built an opulent palace there and spent much of her time learning Greek, going on walks and seeing friends.

It was during her time abroad that she started her photo collection, which is now on display at Museum Ludwig in Cologne. Among the pictures shown are three so-called "beauty albums," bound in fine leather. In them, Sisi collected pictures of women to study their appearances. "I am creating a beauty album, and am now collecting photographs for it, only of women," she wrote to her brother-in-law, Archduke Ludwig Viktor, in the 1860s. "Any pretty faces you can muster at Angerer's or other photographers, I ask you to send me." The princess, who was seen as conventionally beautiful, was fascinated by the interplay of seeing and being seen. 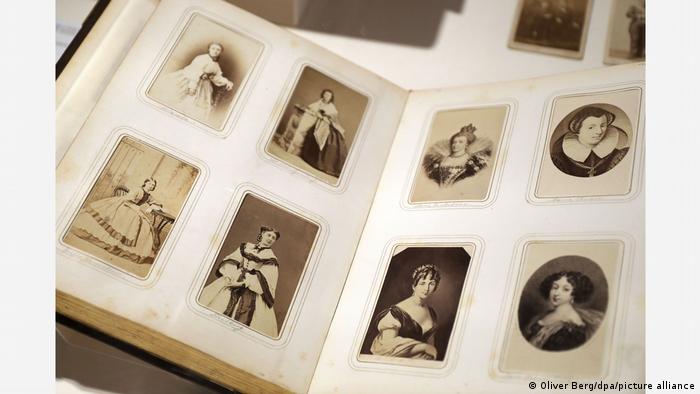 The Cologne exhibition features a number of photos collected by Sisi at a time when photography was a new medium.

The Museum Ludwig owns 18 of the empress's photo albums, consisting of about 2,000 photographs. The exhibition in Cologne shows a sample of them, including images of Sisi with her dogs or scenes from her family life. She also collected pictures of female artists and actresses who had a bad reputation in royal society at the time.

In a sense, Empress Elisabeth can be considered a pioneer when it comes to collecting early photographs. The medium was fairy new, after all, having been officially introduced in 1839 by the French painter Louis Daguerre.

It wasn't until the end of the 19th century that photography became an accepted medium. Through the photos on display, visitors of the exhibition in Cologne will discover a side of the empress which was "much more modern and much more emancipated, much more sharp-tongued, much wilder than we might imagine her to be," according to the curator of the exhibition, Miriam Szwast. 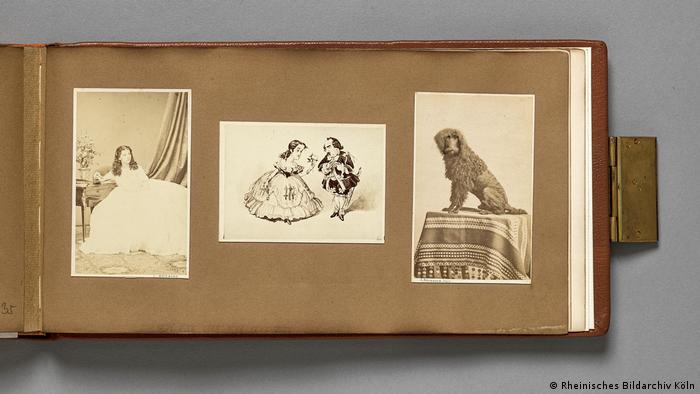 The Museum Ludwig owns 18 of the empress's photo albums.

The death of an empress

By creating these photo albums, empress Elisabeth "created a segment of society that was to her taste, and surrounded herself with people in the pictures that interested her," explains Szwast. She also used the collection to emphasize her own beauty, which was both a delight and a curse.

While she had a reportedly lengthy daily beauty regimen, including caring for her long curly hair for hours, she also felt stifled by her looks and the demands of society. "To her the fine clothes she wore on official occasions felt like a costume: she spoke of being 'harnessed,'" says Szwast. 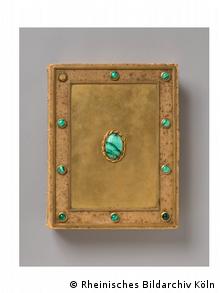 Sisi began collecting photos and putting them in albums, including the one pictured, during her many stays abroad

The rebellious princess also had an anchor tattooed on her shoulder in 1888, meant to symbolize her great love for the sea.

In her later years, Elisabeth also wrote poetry and was inspired by German radical political thinker and poet Heinrich Heine.

When her son Rudolf committed suicide in 1889, the empress resigned herself to wearing only black and sunk further into the depression that had long plagued her.

In 1898 she was murdered by an Italian anarchist while staying in Geneva. She died at age 60, having spent 44 years on the throne.

The Cologne exhibition brings the darker facets of her life back to the forefront, freeing the eternally beautiful and melancholic picture we have of the empress from its kitsch. The result is a modern woman with a taste for contemporary art.

The exhibition Sisi in Private: The Empress's Photo Albums is on display until February 21, 2021 at the Museum Ludwig in Cologne.

This article was translated from German (sh).

A new tattoo for Christmas? Get inspired by the classics: Christian Warlich was a pioneering artist in Germany. His work, which remains influential to this day, is on show at the Hamburg Museum for History.