Whether in tune or not, singing cultivates human development, with kids profitting most from the activity. Those who sing also get sick less soften, a study shows. 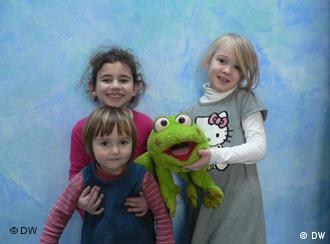 They've played, painted pictures and had breakfast. Now it's time for their favorite stuffed animal to wake up. So the children in this German and French-language pre-school in the western German city of Wuppertal wrap frog Noah up in a blue cloth and begin to rock him. They quietly sing a French song and their singing slowly gets louder as the kids begin to shake the cloth - until the frog begins to hop around.

"He's finally awake now!" a few of the kids yell and intone their favorite song: "Frere Jacques." The kids hug and kiss the cute little stuffed frog as it wanders from child to child, and they decide - without fighting - who gets to hold it longer on this particular day before it goes down for a nap again. This ritual is repeated nearly every day and is accompanied by music.

Learning a language through music 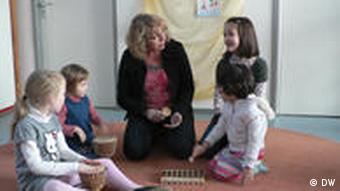 Holland also drums with the kids during jam sessions

"We sing a lot in French," says teacher Francoise Ruel. "The kids get to know the language in a playful way, and get a sense for proper pronunciation." But more than anything, the children have a lot of fun, the French native stresses, since the singing always goes hand-in-hand with games and movement. Along with another French-speaking colleague, Ruel is responsible for teaching the children the foreign language. The rest of the time, she and her four other colleagues speak and sing in German.

"Singing is extremely important for language development because it fosters expression," said Heike Holland, director of the German-French pre-school. It also helps to improve memory since a melody helps people memorize texts and lyrics, she added. The kids in her school have not only learned French very quickly, they've also improved their German - an important aspect since many of the children come from families with an immigrant background. In addition to German, some of the pre-schoolers speak Turkish, Spanish, Italian or Portuguese at home.

While this kind of multilingualism may be rare in German pre-schools, more and more of the kids who attend are growing up bilingually. That's reflected in the pre-schools' musical repertoire, Holland said. She often visits other pre-schools to train teachers in early childhood development and educational methods. 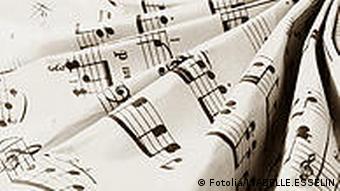 Kids don't have to read music to sing

"Many of the children whose parents are immigrants or have an immigrant background bring their Oriental-influenced music with them into the schools," she said. The kids also often like to sing songs they hear on the radio or television, and many of them are in English.

Sociologist Thomas Blank of the University of Muenster encourages teachers and parents to expose children to music as much as possible, especially the music the kids prefer. In a study of 500 pre-school kids, Blank found that kids who sing a lot are much better prepared for school than children who sing only seldom. "They can express themselves better, empathize more easily with others and get sick with colds or the flu less often."

Blank is not surprised by the results of his study. "The connection between the left and right brain hemispheres - between logic and feeling - can be fostered and shaped particularly well between the ages of one and six," and that's exactly what happens when people sing, the sociologist stressed.

Hitting the right note or sounding good while singing isn't important, he said. On the contrary: Children should not be pressured to perform and sing well, Blank suggests. "Kids should have fun and be allowed to experiment," he said, and that's when singing is a really healthy activity. "Singing reduces stress and aggression and encourages a sense of community."

Preschools have been sent a reminder that they need to pay for a license if they want to copy sheet music for the children to sing certain songs. This has triggered a copyright discussion in Germany. (28.12.2010)

Several members of the Deutsches Symphonie Orchester Berlin are in the Palestinian West Bank to share both their knowledge and the stage with young scholars of classical music. (21.12.2010)

Many of Germany's public music schools are facing financial insecurity at a time of widespread spending cuts. But teachers are still trying to uphold basic musical education for tomorrow's talent. (03.07.2010)