Kindergartens ordered to pay copyright for songs | Germany | News and in-depth reporting from Berlin and beyond | DW | 28.12.2010

Preschools have been sent a reminder that they need to pay for a license if they want to copy sheet music for the children to sing certain songs. This has triggered a copyright discussion in Germany. 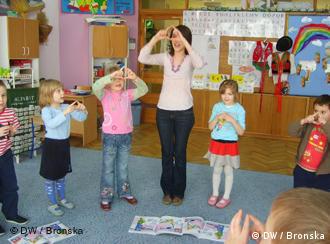 Singing is a core component of many kindergarten timetables

German copyright rules require anyone who copies sheet music pay fees to Germany's music licensing agency, GEMA. The organization has begun notifying kindergartens and other preschool facilities that if they reproduce music to be sung or performed, they must pay for a license.

"If a preschool wants to make its own copy of certain music - if the words of a song or the musical score is copied - then they need to buy a license," GEMA spokesperson Peter Hempel told Deutsche Welle.

The rules have been in place for 25 years, but they have only recently drawn attention. GEMA began at the beginning of 2010 to send out reminders to daycare centers stressing that they need to sign contracts before making copies of sheet music for the children to sing from. 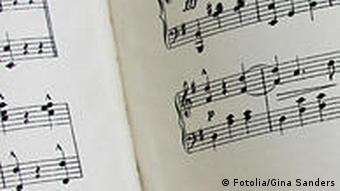 If copies of music are made, the fee needs to be paid

GEMA said that the need for licenses would not have any effect on singing in kindergartens.

"It doesn't cost anything to sing in kindergartens," said Peter Hempel. "If a kindergarten or school does not make any copies of music, then of course they don't need to pay anything."

The copyright rules only concern the rights for modern songs. Songs written by an author who has been dead for over 70 years are automatically in the public domain.

"For old songs, for traditional folk songs for example, it costs nothing," said Hempel.

GEMA - the German abbreviation stands for the Society for Musical Performing and Mechanical Reproduction Rights - exists to make sure that the intellectual property of musicians is protected. It is the collection agent for another group, VG MusikEdition, which monitors copyright for musicians and distributes the profits from the licensing fees back to its members.

The government has decided that the best way to help children at risk of abuse is to intervene early on. But critics question whether there's enough money behind the plans. (14.12.2010)

State government moves to keep extremists out of preschools

After a member of a far-right party nearly took over a cash-strapped pre-school in northern Germany, the state government moved quickly to stop it from happening again. But the government is treading on thin ice. (29.07.2010)