The end of an era: The British maestro conducted his last concert as the Berlin Philharmonic's music director at a sold-out open-air event. During his 16-year tenure, Simon Rattle revamped the reputed orchestra's image. 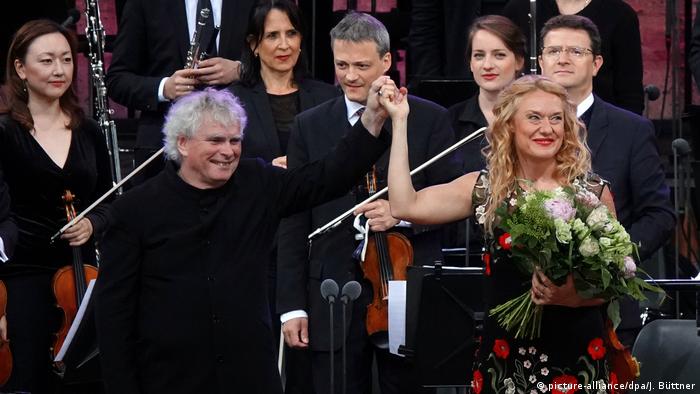 Simon Rattle conducted on Sunday his final concert as the director of the Berlin Philharmonic after 16 years that have revamped the image of the prestigious orchestra.

Many musicians wore wigs in tribute to the conductor's trademark curly white hair.

"See you very soon," the conductor promised, as "Sir Simon" will not disappear completely from Berlin. Rattle plans to remain a resident of the German capital and to lead orchestral and opera performances there.

Rattle's switch to the London Symphony Orchestra was announced in 2015, and he has stood at the helm of both orchestras since September 2017. He will be succeeded in Berlin by Kirill Petrenko. 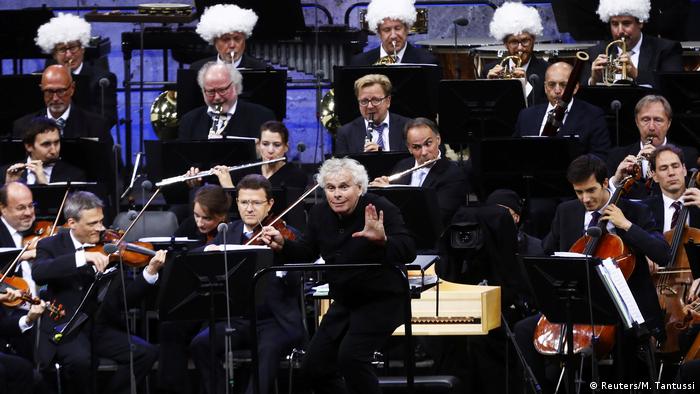 The white wigs were a tribute to Simon Rattle's trademark hairstyle

Strong numbers in the Rattle era

In his 16-year tenure, Sir Simon Rattle led the Berlin Philharmonic in some 1,100 concerts.

The 63-year-old's achievements include a strong public relations campaign, multimedia dissemination of music notably with the "Digital Concert Hall" program, the establishment of the orchestra's own CD label and various projects exposing non-concert goers to classical music. The Berlin Philharmonic's sponsorship of the National Youth Orchestra of Germany is a further achievement.

Rattle, who the German daily Die Welt described as a "glutton for repertory," opened wide sectors of music to his Berlin musicians, including works by British and Nordic composers, notably Sibelius.

This brought criticism from within the orchestra in the early years, some members feeling that this had come at the expense of maintaining the core German repertory by this tradition-steeped orchestra. A trained percussionist, Rattle has often been praised for the rhythmic power of his renditions and his transparent sound. 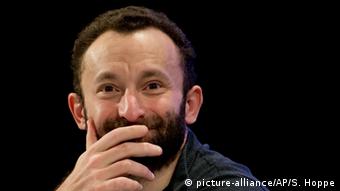 Nobody knows just yet what Petrenko has up his sleeve

As the world's only classical music orchestra whose musicians elect their principal conductors, the Berlin Philharmonic chose Kirill Petrenko as Rattle's successor in 2015. It was a difficult process, and an apparent change of direction.

Unlike Rattle, the 46-year-old Russian maestro gives no interviews. Credited by the Süddeutsche Zeitung with a "relentless dedication to music," Petrenko is notoriously tuned to detail and a fanatic rehearser.

His tenure begins officially in the summer of 2019, but Petrenko will appear with the orchestra at the opening of the 2018/19 season in a program with Beethoven and Richard Strauss, perhaps signaling a return to the German core repertory. In a subsequent tour to Salzburg, Lucerne and to the London Proms, the playbill includes works by Paul Dukas, Sergei Prokofiev and Franz Schmidt.

Read more: Opinion: Back to basics with Petrenko

"It is at once the world's most beautiful and most difficult conducting job," Sir Simon Rattle revealed to Die Welt in 2015. "Usually at the same time! And there's no way whatsoever one can prepare for how hard it can really be." Rattle continued, "This orchestra has made it very clear to me that I cannot begin rehearsals with them without having a concept for the sound I am seeking." 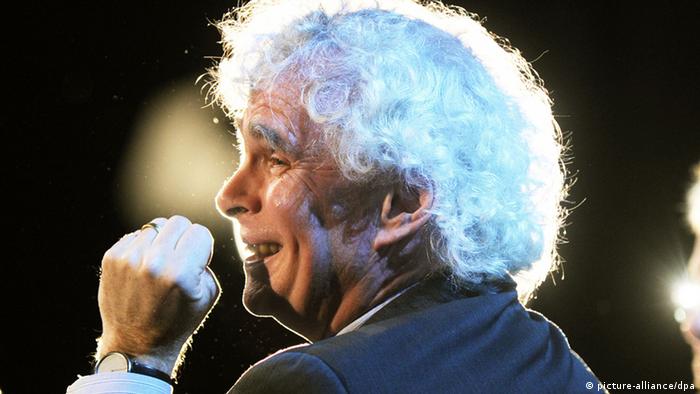 In 1,100 concerts, some exquisite moments

In extensive interviews for a DW radio series in 2004, Sir Simon summed up his work with the Berliners thus: "The job of being the music director of the Berliner Philharmoniker is sometimes like being the most privileged animal tamer in the world. You go up to the door of the cage of these wild tigers, and you let them out, and you see what happens when they run rampant."

Despite episodes of friction with the self-confident and self-managed Berlin musicians, Sir Simon Rattle had these typically enthusiastic words: "They don't ask, 'How?' They ask, 'Why?' That's why I love working with them."

Lang Lang is one of the world’s leading contemporary pianists. He has recorded two piano concerts in collaboration with the Berlin Philharmonic. Deutsche Welle accompanied the musicians during the recording sessions. (30.11.2013)

Old, young, traditional or edgy? A new chapter of music history unfolds with the May 11 election of Simon Rattle's successor as principal conductor of the Berlin Phiharmonic. Here are the most serious contenders. (05.05.2015)

Infos on the live transmissions to movie theaters

The famed British conductor, who was long at the head of the Berlin Philharmonic, has now been honored with one of Germany's highest awards.