The app has been one of the last US social media platforms that isn't blocked by Chinese censors. Signal has recently seen a surge in users, with over 500,000 downloads in China. 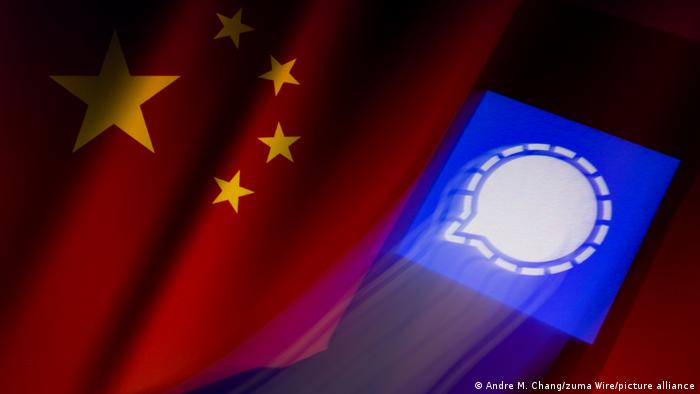 The encrypted messaging app Signal appeared to have been blocked in China on Tuesday, after users found they were unable to access it without a virtual private network (VPN).

Signal's website has been blocked since at least March 15, according to the GreatFire.org website that tracks online censorship in China.

However, the app remains available on app stores in China. The iOS version, which works with Apple technology, had been installed close to 510,000 times to date in China, said research firm Sensor Tower. Android data for the app is unavailable in China.

In the past, Signal has stopped working in China without a VPN, although service would resume afterward.

A Chinese Foreign Ministry spokesperson said on Tuesday that he had no information on the reports, only saying that generally "China's internet is open."

Users of the US-developed, open-source app can send messages privately without being tracked by third parties.

In January, there was a surge in demand for encrypted messaging apps, after the Facebook-owned messaging service WhatsApp tweaked its terms of service and sparked privacy concerns.

What is China's 'Great Firewall?'

Chinese authorities routinely use legislation and technology to block new apps that could be viewed as a threat to the government. The vast operation has been termed China's "Great Firewall."

Without a proxy server, internet users in China are unable to access international social networking platforms such as Facebook and Twitter, along with international media outlets. Search engine Google and its products are also banned in China.

Last month Chinese authorities closed down the Clubhouse app in the country. The audio-sharing platform boomed briefly for uncensored discussion of taboo topics.