Sierra Leone's April ban on industrial fishing is drawing to an end. But faced with rampant illegal fishing and poor policing, the moratorium will do little to replenish the country's dwindling fishing stocks. 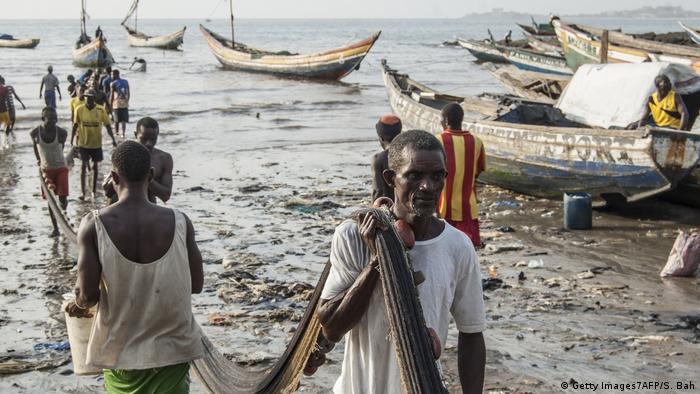 Up and down Sierra Leone's 400-kilometer (249 mile) stretch of coastline, entire villages depend on the sea.

Some 8,000 small boats manned by local fishermen go out every day to cast their nets – their catch a vital source of income in what is one of the world's poorest countries.

Without the fishermen, Sierra Leoneans would also go hungry – more than four fifths of the population depend on fish as a source of animal protein.

But the country's traditional fishing communities have long complained that their catch is drastically shrinking due to overfishing by foreign trawlers.

Giving fish stocks a chance to bounce back

In an attempt to counter this, Sierra Leone's government temporarily banned fishing by industrial boats for a month from 1 April.

"We consulted with many experts and environmentalists and believe one month without them should be enough time to help replenish our stocks," Ibrahim Turay, the country's Deputy Minister of Fisheries, said earlier this month.

The government views the 30-day 'close season' as a success.

"It was 100 percent respected," Lahai Sesay, the Assistant Director in the Ministry of Fisheries and Marine Resources, told DW in Freetown. "All of the industrial vessels were out of operation."

Traditional fishermen were still allowed to ply their trade during the moratorium. And to ensure local markets still had a regular supply of fish, the government also banned fish exports during this period.

While Ibrahim Michael Kabia from Sierra Leone's Consumer Protection Agency welcomed the ban, he says it wasn't long enough. To have any chance of helping fish stocks rebound, it needed to last at least 90 days, he told DW.

"When the fish come to the shore to lay their eggs, it takes about one month or six weeks or eight weeks before they are hatched so that they get more fish. And the season for fishing, especially for you not to disturb the process of reproduction, is between April, May and June," Kabia explained.

"So if you only consider April, by the time you lift the ban and people continue to fish, they'll be disturbing [the young] fish also." 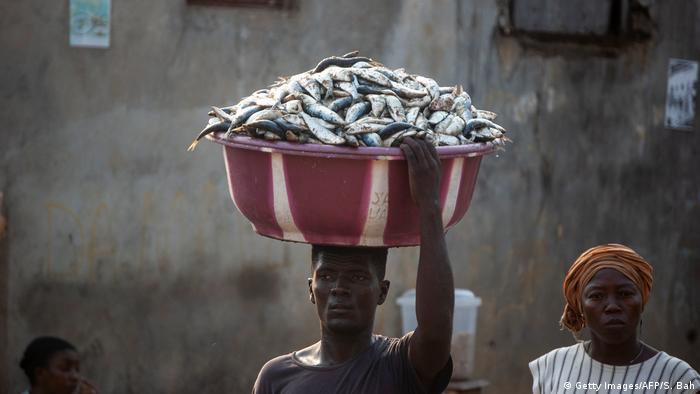 But for some of those buying fish at a Freetown market, the ban was a waste of time.

"The fish in markets now is no better [than before the ban]. They're small, there are no big ones," one woman said.

Another complained that the ban had caused a price hike.

Kabia from the Consumer Protection Agency believes the public would have been more supportive if the fisheries ministry had taken the time to explain the need for the fishing moratorium instead of announcing it at short notice.

After all, he said, it's a necessary "sacrifice for your future."

Buying fish through the back door

It seems some trawling firms tried to circumvent the ban by offering local fishermen loans in exchange for the rights to their entire catch.

Although this was common before the April moratorium, according to Reuters, companies upped the practice after the announcement of the ban.

The loan contracts require the fishermen to give the company exclusive rights to anything they catch until they pay the money back.

The big issues that the ban fails to address, however, is illegal and unregulated fishing and the inability of Sierra Leonean authorities to police it.

While trawlers from all of the world have licenses to fish in Sierra Leone's waters, three quarters of the foreign trawlers are Chinese.

Chinese vessels, in particular, have been accused of using illegal methods in Sierra Leone waters such as pair trawling. This is when two boats string a net between them and trawl in parallel.

Pair trawling is highly effective because it allows boats to cast a wider net. At the same time, it's incredibly destructive because it rakes in all marine life it encounters. Only a fraction of this catch has a commercial value, with the rest being discarded as bycatch.

A fishing officer told the BBC he hadn't seen a pair trawler arrested in the seven years employed at his job.

In Sierra Leone, all foreign trawlers must carry a fisheries officer on board who is supposed to report illegal activity. Poorly paid, however, they are unlikely to stop vessels breaking the law. 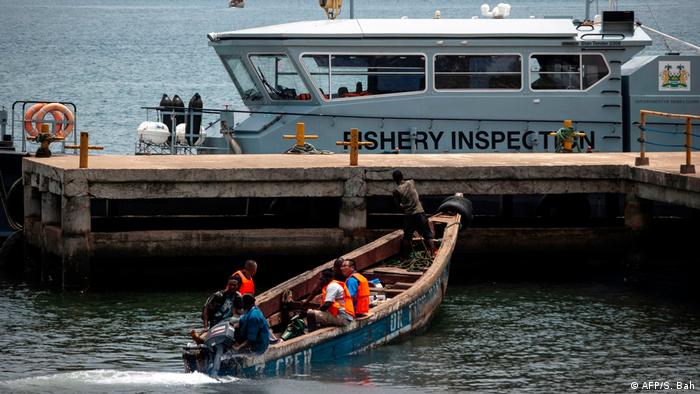 Previous investigations have also documented attempts by trawlers to bribe local officials in order to continue with illegal activities and avoid punishments.

The scourge of overfishing isn't restricted to Sierra Leone. Illegal, unreported and unregulated fishing is rife along West Africa's coast, one of the most diverse and economically important fishing areas in the world.

A 17-month satellite analysis of fishing trawlers operating off Ghana's coast found that a staggering 75 percent of them had no match in a database of legally operating vessels. This suggests "significant unregulated marine activity," the 2019 study found.

Read more: The impact of illegal fishing in Ghana

This unregulated fishing is also losing West African countries – who are among the least developed in the world – significant amounts of money.

It's thought Sierra Leone, Mauritania, Senegal, The Gambia, Guinea Bissau and Guinea miss out on revenue of $2.3 billion (€2.06 billion) a year due to illegal trawling.

When it comes to assigning blame, many point their fingers firmly in the direction of China.

China's distant water fleet (boats fishing in areas outside of the country's domestic waters) is the largest in the world. A 2013 study estimated that 3,400 Chinese vessels trawled the waters of nearly 100 countries.

It's estimated that half of China's total catch from the distant water fleet is from West Africa.

During a visit to the West African country, German Foreign Minister Heiko Maas has praised Sierra Leone, once ravaged by civil war, for its democratic progress. (25.02.2019)

Research has shown that inequality in access to land is increasing across the African continent. Experts are calling for more rules and controls on the sale of land to counteract poverty.