German engineering giant Siemens will sell its 46-percent stake in Interautomatika after receiving "credible information" that the Russian company moved gas turbines to Crimea in breach of EU sanctions. 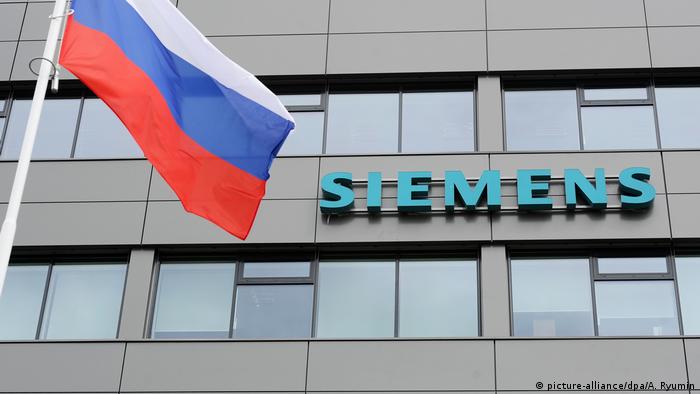 German industrial conglomerate Siemens said Friday it would scale back its operations in Russia after confirming that gas turbines it sold to companies there had been diverted to Crimea in breach of sanctions.

"All four gas turbines that were delivered in the summer of 2016... have since been locally modified and illegally moved to Crimea," the group said in a statement, adding that it would divest its minority stake in Russian company Interautomatika, which sells power plant control systems.

Two employees representing Siemens on Interautomatika's supervisory board "will be exchanged or hold their office in abeyance, respectively, with immediate effect while Siemens conducts an investigation into the matter," the company also said.

The Crimean peninsula has been subject to EU sanctions on energy technology since Russia annexed it from Ukraine in 2014. The sanctions have hindered Russian plans to build two new power stations in the region.

The Siemens turbines had originally been supplied for a power-plant project in Taman, in the Krasnodar region of southern Russia, which is separated from Crimea by just a few kilometers of water.

In addition to selling its stake in Interautomatika, Siemens said it had placed under review "all potential collaboration between its subsidiaries and other entities around the world with regard to deliveries to Russia."

Moreover, it had "initiated the termination process" of a license agreement with Russian companies involved in equipment supply for combined-cycle power stations.

"Siemens is implementing an additional controls regime that is exceeding legal requirements by far," it said.

New gas power projects in Russia would only be carried out through companies it controls, ensuring "Siemens-controlled delivery and installation" overseen by Siemens personnel, it added.