German engineering giant Siemens has posted promising first-quarter results despite the ongoing coronavirus pandemic. The firm looks for more innovative power as the era of reformist CEO Joe Kaeser draws to an end. 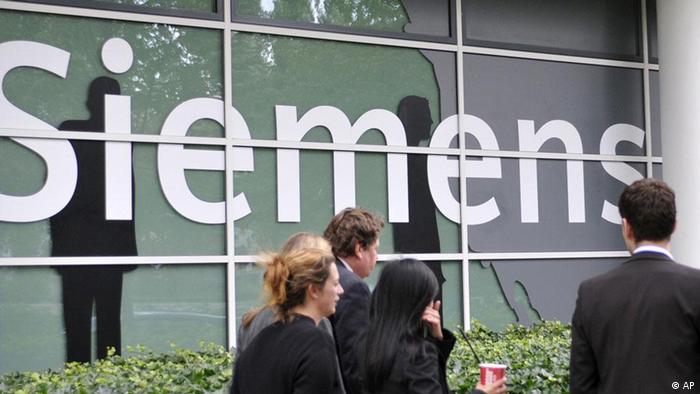 At a virtual general meeting on Wednesday, German engineering behemoth Siemens' long-standing chief executive, Joe Kaeser, who'd led the company since 2013, handed over to who was his deputy CEO, Roland Busch.

The change at the helm of the firm coincided with the release of first-quarter results, with Siemens' fiscal Q1 running from October to December. It was a pleasant farewell for Kaeser as his company posted positive results despite the ongoing coronavirus crisis, which hurt industrial activities across the world.

On Wednesday morning, Siemens said its first-quarter net income soared by 38% to €1.5 billion ($1.8 billion) on the year. Revenues increased by 7%, while orders went up by 15% on a comparable basis, propped up by strong performance in the Mobility division.

On his last day on the job, CEO Joe Kaeser said the results could have been much worse. "You must not forget that the first-quarter numbers have to be compared with those in the same period a year ago which was basically a pre-pandemic period," he told DW, adding that, of course, the company was "far from perfect, and there are always new challenges the firm is confronted with." 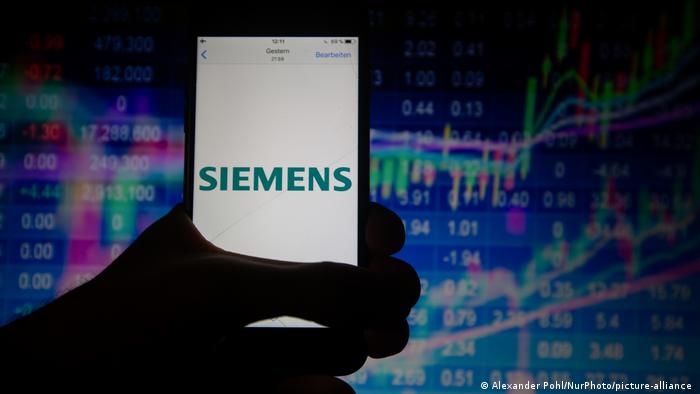 The outgoing CEO can be credited with radically restructuring a globally operating company that had grown too big to remain efficient. On Kaeser's watch, several divisions were spun off, resulting in the likes of Siemens Healthineers and Siemens Energy, which went public in 2018 and 2020 respectively.

Shareholders hope that Siemens will now focus even more on boosting the company's profitability. Union Investment's Vera Diehl told the Handelsblatt business daily that the incoming CEO, Roland Busch, "has to step out of his predecessor's shadow and set his own strategic agenda."

She demanded that Busch put more emphasis on innovation and the development of marketable products. "Siemens needs to better monetize its engineering and digitization know-how and secure higher margins," she added.

Busch himself said at the shareholder meeting he would seek to turn Siemens into a company "that grows sustainably," adding that "digitization is no threat to me, but the answer to the big challenges of our time — climate change, globalization, urbanization and demographic developments."

A day earlier, spin-off Siemens Energy, in which Siemens still holds a 35.1% stake, shocked employees by announcing it was planning to slash 7,800 jobs worldwide by 2025, mainly in its Gas & Power division. It indicated that about 3,000 positions would be cut in Germany and some 1,700 in the United States.

The announcement came despite the company logging net earnings of €99 million ($119 million) in its October-to-December quarter, rebounding from a €195 million loss in the same period a year earlier. 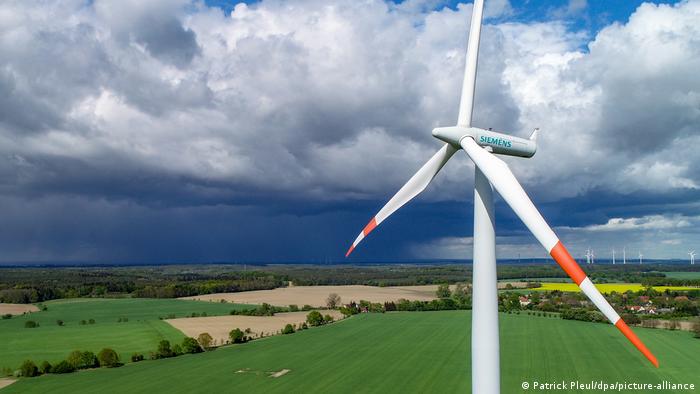 Regina Katerndahl, deputy chief of trade union IG Metall in Berlin, where some 500 jobs are at stake, told DW about the challenges stemming from a rapidly changing energy market globally. "You have to see that the share of the energy market based on fossil fuels is getting smaller and smaller," she said.

"Also, the business with big gas turbines is dwindling as many business partners now want smaller ones for their local, decentralized energy systems, meaning that our company will need to adjust to the changes."

Siemens Energy executives have argued that in such a period of transition and readjustment money needs to be saved first — including through job cuts — to get the necessary resources for such a restructuring process. Employees' organizations, however, feel that everyone is needed for this effort to be successful in the end.

The Nigerian government has agreed to a deal with the German energy company in an attempt to fix the country's unreliable electricity grid.