The shipping industry has long been one of the most important to the world economy, and one of the most destructive to the environment. New regulations come into effect on January 1 which could have a profound impact. 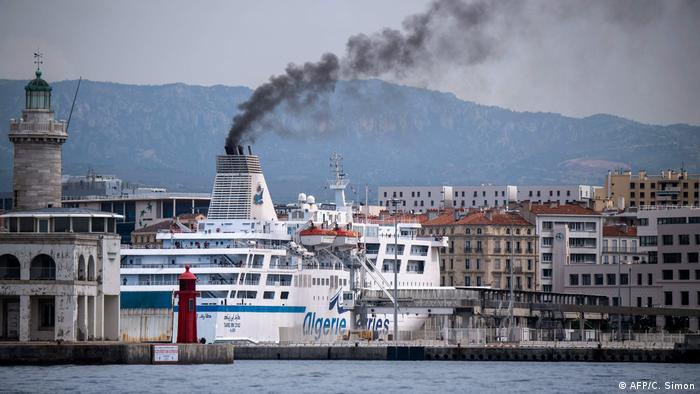 Money makes the world go round, they say. It would surely be as accurate to say the same of ships.

According to the International Maritime Organization (IMO), the UN body tasked with the regulation of global shipping, more than 90% of the world's trade is carried by sea. It's by far the cheapest way to transport goods and raw materials around the world.

But it is one of the world's most polluting industries.

According to the most recent IMO Greenhouse Gas (GHG) Study in 2014, maritime transport emits around 940 million tons of CO2 annually and is responsible for about 2.5% of global greenhouse gas emissions.

But there's another huge environmental problem wrought by the industry — the amount of hazardous sulphur dioxide (SO2) emitted by ships as they travel from port to port across the world's oceans. Through the industry's use of cheaper, lower-quality high-sulphur fuel oil, marine shipping accounts for 13% of all SO2 emissions, in contrast to the 5% of world oil demand it accounts for. 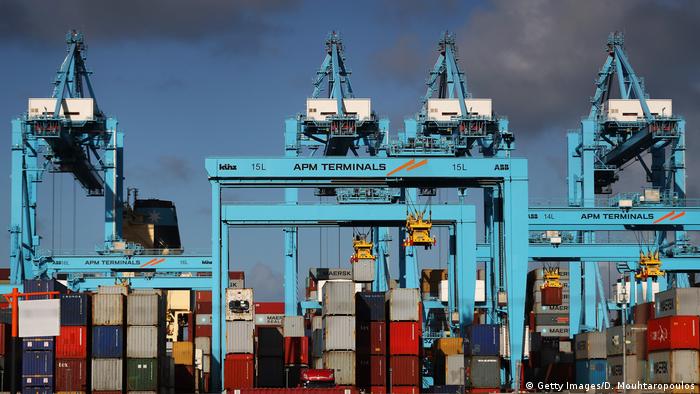 That's why new environmental rules regulating shipping emissions due to come into effect next year could have a profound effect on the highly polluting sector. The effect may not just be environmental; given the costs involved, and the extent to which the whole business of shipping freight affects practically all businesses, the global economy may feel the impact.

From January 1, 2020, ships will be required by the IMO to reduce SO2 emissions by more than 80%. The options for doing so vary, from installing sulphur-removing technology known as scrubbers to moving away from oil-based fuel entirely. What doesn't vary all that much is the cost — complying with the new rules will be expensive.

Back in May, a shipping executive at the US-listed Star Bulk Carriers told the Financial Times that installing exhaust cleaning units on 100 of his company's vessels had cost $170 million (€154 million) alone.

It's not just shipping magnates who will be counting the cost though.

A new study from a team of economists from Germany's Landesbank Baden-Württemberg say the new fuel regulations pose a threat to the well-being of the world economy, no mean feat in an age of Trump, tariffs, trade and technology wars.

Per-Ola Hellgren, one of the authors, says global economic growth could be "noticeably lower" in 2020 as a result of the ban, pointing to the high cost of conversion of older ships and the lack of preparation on the part of many shipping companies.

Hellgren says a combination of rising shipping costs and falling shipping capacity would buffet a global trade environment already afflicted by the US-China dispute and other bubbling trade conflicts across the globe.

S&P Global Platts, an energy consultancy, conducted a study which put the cost of the rule changes on the global economy at $1 trillion over five years.

Steve Saxon, a shipping analyst at the McKinsey consultancy, does not expect the issue to become a major one for the global economy even though he says the cost of shipping will rise marginally.

"Shipping is only a very small part of the total end consumer price, so the effect will be small. A US$ 60 pair of jeans would cost only ¢60 more to ship, for example," he told DW.

The 2020 sulphur cap is part of a major IMO initiative aimed at reducing shipping's greenhouse gas emissions by at least 50% by the year 2050, when measured against 2008 figures.

This forthcoming measure only deals with sulphur though. Measures against carbon pollution, altogether harder to conceive and enforce, are yet to come. Yet many in the sector appear unprepared to cope with the changes, even though they have been known about for several years now.

For years, the shipping sector has taken the dirtiest oil from the world's producers, the stuff left over after the more refined produce has been taken for petroleum. 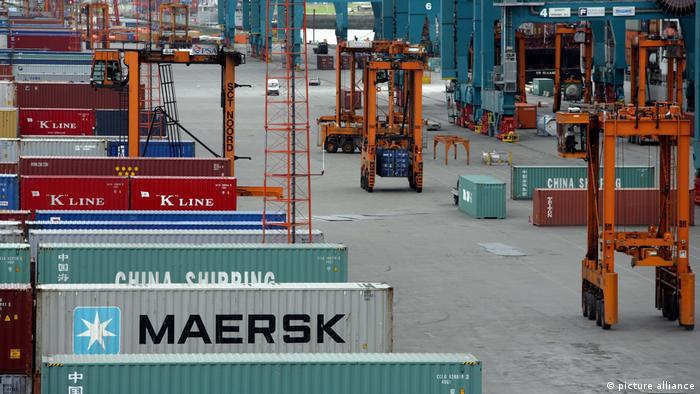 That means companies such as Maersk, the world's largest container shipping company, have long thrived with the lower costs of high-sulphur fuel. The Danish company estimates that switching to marine gas-oil in order to comply with the IMO ruling would result in a $2 billion rise in annual fuel costs.

With a steady supply of the more expensive marine gas-oil far from guaranteed for the tens of thousands of ships crossing the oceans, the retrofitting of ships with sulphur-cleaning technology is another option, albeit an expensive one.

So far, such retrofitting has only taken place on a relatively limited scale.

All that uncertainty has led many economists to wonder what the changes will mean for the global economy as a whole, particularly when it comes to potential hikes in the rise of fuel and knock-on costs shipping companies may pass down as a result of their own higher costs.

However, Saxon believes the industry will be able to cope, despite some turbulence.

"The analysis from the McKinsey Energy Insights team suggests that there will be sufficient availability of low-sulphur fuels," he told DW.

"We therefore expect the future price of low-sulphur fuel to be higher, but not dramatically higher, than the high-sulphur fuels burned today. There is likely some turbulence over the period December-February 2020, at the time of transition, but we would expect the supply to normalize relatively quickly."

Nonetheless, there appears to be momentum behind the initiative from major ports, banks, oil and shipping companies.

"Decarbonizing maritime shipping is a huge task with no simple answer, but it has to be done," said Ben van Beurden, chief executive of Royal Dutch Shell, at a recent launch of an initiative by the sector which aims to have ships and marine fuels with zero carbon emissions on the water by 2030 so they can hit the 2050 targets. 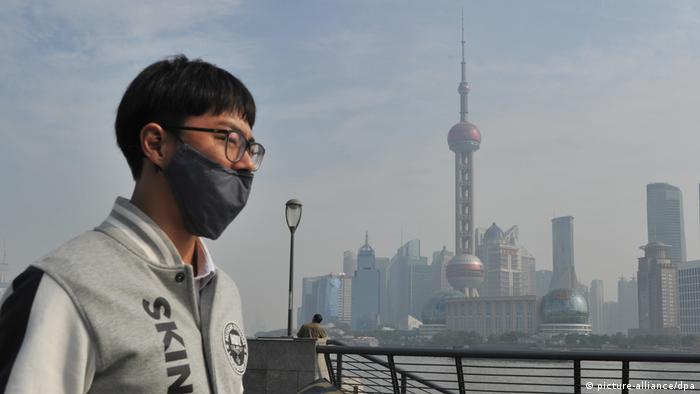 That's the carbon question though. For now, it's the much more pressing sulphur dioxide issue that shipping companies are grappling with.

It is estimated that shipping fuel contains sulphur concentrations more than 3,500 times greater than the volumes in the diesel emitted in the Dieselgate scandal that engulfed Volkswagen.

Emissions of sulphur dioxide, nitrogen oxides and particulate matter have been steadily rising. They are highly hazardous to human health, particularly in large port cities and on major shipping routes.

A 2018 study in the journal Nature found that ship pollution causes up to 400,000 premature deaths a year, from cancer to cardiovascular illnesses. Research found that an increase in the use of low-sulphur fuels could cut by more than a third the number of deaths.

The same study estimated that 200 of the world's largest ships produce the same amount of sulphur as all the world's cars combined.

Such stark figures cast into sharp relief what is at stake if the shipping sector does not reduce its sulphur emissions fast. So while many in shipping and beyond fear the consequences of the new regulations for their various bottom lines, there is another bottom line which the sector as a whole appears finally to be giving priority.

Saxon believes there is no prospect of the January 1 deadline not being met.

"The IMO2020 desulphurisation requirement is written into law, and will not be rolled back," he said.

"A few limited developing countries have announced that they will not enforce the requirements immediately for domestic shipping, due to a lack of availability of the low-sulphur fuels. But, over time, all countries are expected to adopt it. Compliance is expected to be high."