Shiite militants push IS out of key Iraqi town of Baaj

The pro-Baghdad Popular Mobilization Forces have driven the "Islamic State" out of the Iraqi town of Baaj, cutting one of the group's supply lines between Mosul and Syria. The Shiite fighters are endorsed by Iran. 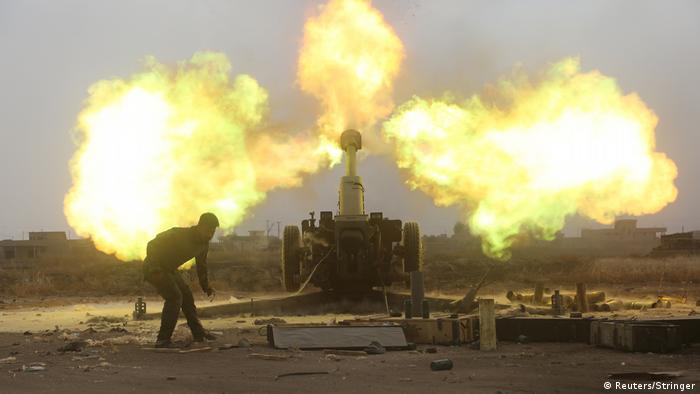 'IS' digs its heels in as Iraqi troops advance in Mosul

As the Iraqi army begins to surrounding them, the so-called "Islamic State" jihadist group has responded with a campaign of car bombs and sniper fire. Mosul was the terrorists' last urban stronghold. (28.05.2017)

US more than doubles bounty for 'Islamic State' leader

Officials have hiked up a reward for details on "Islamic State" leader Abu Bakr al-Baghdadi. Reports suggest the elusive terror figurehead is most likely still in Iraq. (17.12.2016)

A top military official has warned of 'fiercer' resistance as Baghad-led forces advance to the center of the city. Aid organizations have called for more support amid a looming humitarian crisis. (27.02.2017)

The victory over the self-styled "Islamic State" (IS) fighters was a "big and qualitative achievement" in the larger operation to retake the city of Mosul from the IS jihadis, said deputy chief of the Popular Mobilization Forces, Abu Mahdi al-Muhandis.

The border town is located west of Mosul, and its loss cuts a key IS supply lines connecting the city with Syria. Baghdad's troops launched the offensive to liberate Mosul eight months ago and uprooted the jihadi militia from several parts of the city. However, IS forces are still holding the western section of their last remaining urban stronghold in Iraq.

Despite the US backing, the anti-IS coalition was forced to slow down its efforts while facing car bombs and sniper fire in the densely populated areas of Mosul. 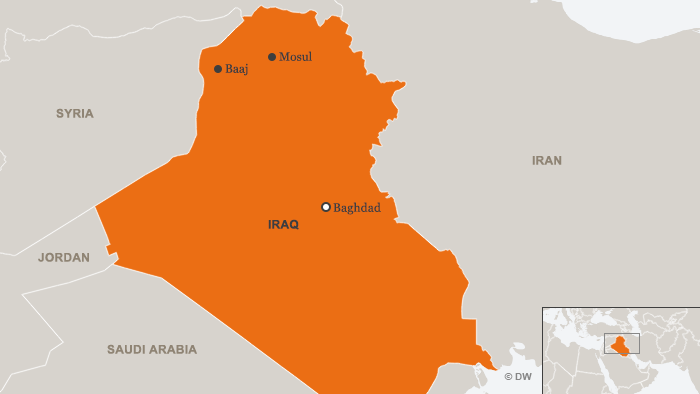 The retaking of Baaj comes several weeks after the Popular Mobilization Forces started their push to reclaim the area near the Syrian border. IS leader Abu Bakr al-Baghdadi is believed to be hiding in the region.

While the Shiite-dominated militia nominally answers to Baghdad, it is supported by the Shiite power Iran. Tehran provided training and military advisors to the Iraqi group, and also helped organize thousands of Shiite fighters from Iraq, Afghanistan, and Pakistan in Syria.