Sex workers leave Twitter for Switter after controversial US law | Europe | News and current affairs from around the continent | DW | 28.06.2018

Sex workers leave Twitter for Switter after controversial US law

An exodus of more than 100,000 sex workers have flocked to Austrian-hosted site Switter.at after the passage of a controversial US law. Critics warn that the bill, meant to stop trafficking, will only encourage violence. 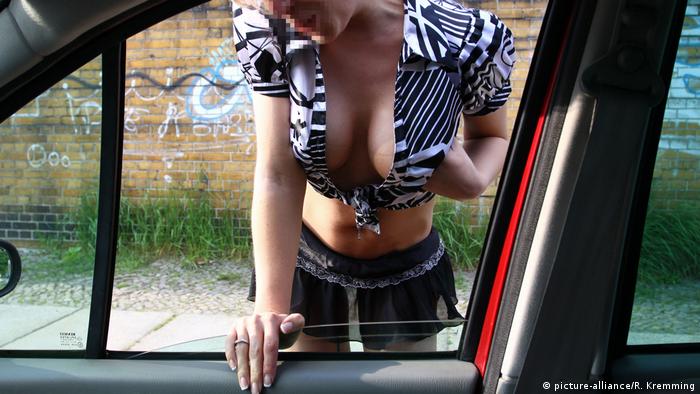 Sex workers have been a mainstay on social networks for more than a decade. Twitter in particular handed escorts a number of tools that allowed them to protect themselves ― a way to screen clients, anonymity, the ability to find customers without taking to the streets or working for a pimp.

But since April, sex workers have almost completely vanished from Twitter, instead flocking to the Austrian domain Switter.at.

Why? Because that was the month the US Congress passed a bill known as FOSTA/SESTA (short for Fight Online Sex Trafficking Act and Stop Enabling Sex Traffickers Act, respectively) which is aimed at curbing underage sex trafficking and holds internet service providers liable for what users might create on their platforms. However, the controversial law has had a series of negative consequences for adult escorts who are plying their trade willingly.

'This will only force more workers into exploitation'

"This bill means any site sex workers use, even in their personal life, can be held liable. In reaction to this, we have already seen sites like Reddit, Craigslist and Skype begin to change their terms and silence or ban us from their platforms. Particularly in the US, these sites are absolutely vital to sex workers. This will only force many more workers into the hands of exploitation and street work…there is a much higher chance of ending up in a potentially life threatening situation," explained a spokesperson for Assembly Four, the Melbourne, Australia-based firm that runs Switter and its associated site, Tryst, through an Austrian domain. This setup is because while any .com domain could in theory be targeted by the new US law, in Austria, where prostitution is legal, escorts can maintain their privacy and safety without breaking any laws.

The Assembly Four spokesperson, who asked to remain anonymous, also warned that this law has far-reaching consequences even for those who have nothing to do with sex work, as it paves the way "for a potentially fully censored and manipulated internet in the future."

Although the company's servers have not yet been fully moved to the European Union and Switzerland, according to Assembly Four that's the plan for the future, not only because of the legal status of sex work there but also because in Europe "data privacy is held in higher importance."

The homepage of Switter looks a lot like Twitter's TweetDeck, and allows members to search for clients or escorts based on location, as well as providing a means of communication for the sex work industry, enabling life-saving conversations like sharing client lists.

"Switter is run by sex workers and technologists who have sex workers at the front of their mind when developing new features…Shadow banning sex workers on Twitter has been around long before FOSTA/SESTA. Since the introduction of the law it's only become worse."

Assembly Four maintains that its platform is also much safer than Twitter ever was. The organization underlines that it takes "very minimal information from our users, we actively remove any known pimps, cases of human trafficking or anyone seen as harassing workers. Twitter runs in a very different way and has a different set of priorities on its platform. "

The company right now has around 100,000 escorts and allies on its site, and continues to grow every month. Back in the US, resistance to FOSTA/SESTA has also been growing.

Besides its impact on sex workers, advocates for free speech and small businesses have voiced their concern over the new law.

Referring to Section 230, the privacy law nixed by FOSTA/SESTA, Nuala O'Connor, the president and CEO of the center for Democracy and Technology, said: "Anything controversial, unpopular or outside the mainstream could [be viewed] as a major risk of liability that many intermediaries simply couldn't afford to take on. An internet without Section 230 is one that diminishes the voice of the individual online."

Young refugees, including minors, have been lured into prostitution by the security guards hired to protect them. Insiders have told a German public broadcaster that the guards pay high prices for young refugees. (25.10.2017)

'The life I have lived has tortured me,' says male sex worker in Mombasa

Poverty and unemployment can lead to prostitution. And that can have consequences which are hard to reverse, as Diana Wanyonyi found out when she met up with two young male sex workers in Mombasa, Kenya. (18.06.2018)

Germany's Federal Police have started a nationwide crackdown on forced prostitution and a "network of organized crime," officials say. The raids mark the largest police action in the decadeslong history of the force. (18.04.2018)

Nigerian investigative journalist Tobore Ovuorie: 'I don't take no for an answer' 14.06.2021