Sex is sex but it′s a tough life for a giant panda mother of three in China | Science| In-depth reporting on science and technology | DW | 13.08.2014

Giant panda triplets born in a Chinese zoo have inspired global delight. Conservationists hope all three cubs will survive. But without human intervention, at least two would almost certainly die. 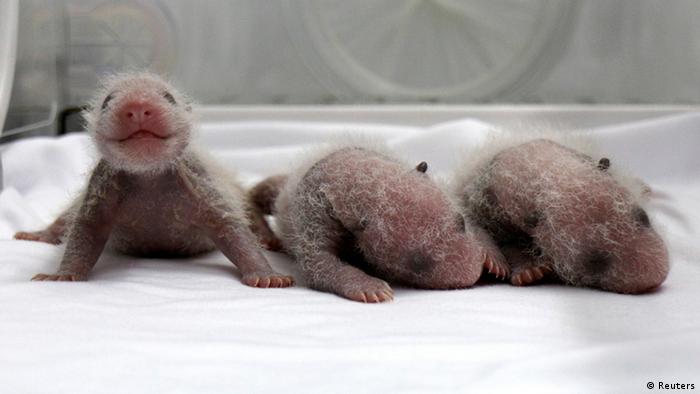 The three panda cubs were born in the early hours of July 29 at Guangzhou's Chimelong Safari Park.

And the fact that all three are alive has been hailed by the zoo as a "miracle."

"They have lived longer than any other triplets so far," the safari park's general manager, Dong Guixin, told local reporters.

Guangzhou's triplets weigh between 83 and 124 grams.

Valentine says he was at the Chimelong Safari Park only two weeks ago and saw the three babies long before the public. 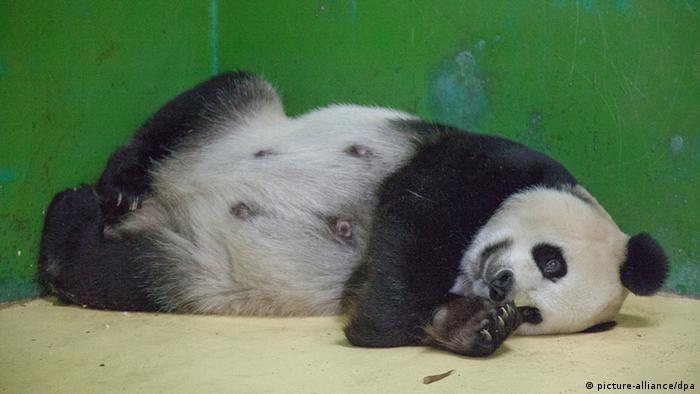 Mother Ju Xiao was exhausted after giving birth to her triplets

The female is pregnant and is due in about two weeks' time. It will be the UK's first panda cub ever. But it will only be one.

"I hope we don't get triplets because it's very hard work," says Valentine.

Mother only rears one child

"This is only the fourth or fifth time that triplets have ever been recorded. It is quite incredible," he says.

Giant pandas usually give birth to one or two cubs - in nature and in captivity.

But if twins are born, only one of the panda cubs survives, says Arnulf Köhncke of the World Wide Fund for Nature. "The mother only cares for her first-born baby."

It is only if the first-born cub is unhealthy that the mother then rears the second born.

Köhncke says it is common in nature for animals to give birth to more offspring than they rear. But it is unclear why pandas do this. 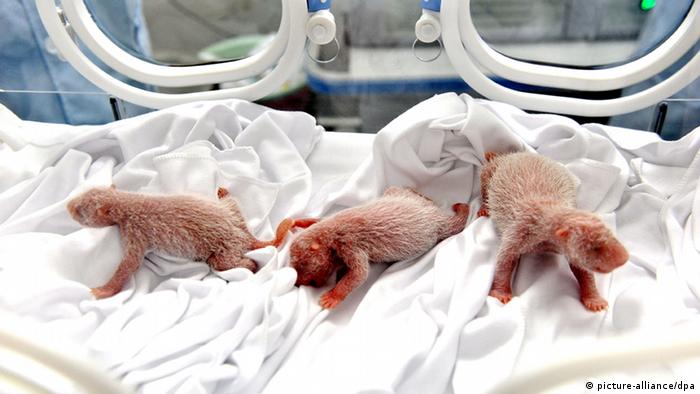 The three cubs are now in a incubator

In zoos, this animal behavior presents the staff with a difficult decision. If they do not intervene, only one cub will survive.

"If there is more than one cub, rearing is done by the zoo keepers, and it is very hard work," says Valentine.

If twin baby pandas are born, zoo staff take one of the cubs away and put it into an incubator, Valentine explains.

"And then after some time, you do a cub swap."

Staff take the cub that the mother is rearing and replace it with the second cub from the incubator. "So the cubs are both getting her milk."

Despite being a relatively small bear, a panda is still a bear, and it can get very aggressive when its cub is taken away.

Such a swap "is very difficult and tricky," says Valentine. 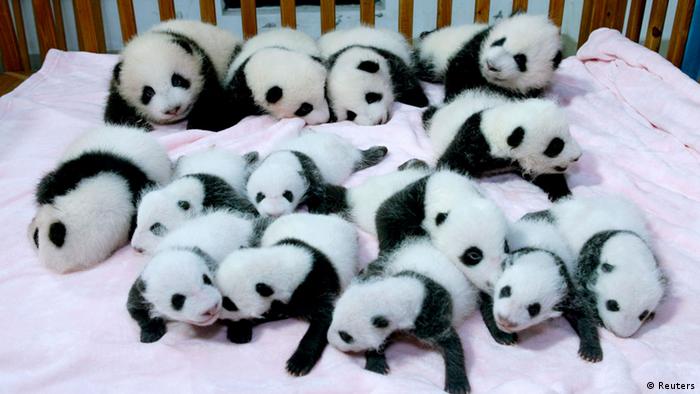 That's why he hopes that the female panda at Edinburgh zoo will only have one cub.

It makes things much easier for the staff and for the bears.

At Guangzhou's Chimelong Safari Park, the female panda was very weak after birthing her triplets. All three cubs are now in an incubator. They will be brought to their mother one by one, as soon as she is ready to care for them.

The sex life of a panda

It is often said that giant pandas breed very slowly and that they are too lazy to mate.

"That is only a legend," says the WWF's Köhncke. "Giant pandas do not reproduce less effectively than other bears."

But Köhncke says the legend has taken hold because it is hard to breed pandas in captivity.

Add to this the fact that female pandas are only ever fertile for 36 hours in a year. So she has just 36 hours to find a mate she likes and become pregnant.

"Zoos outside China only have two pandas," says Valentine. And that's all there is to choose from.

"Then you have to move onto artificial insemination, or you lose another year."

Artificial insemination has become widespread, especially in zoos outside China. 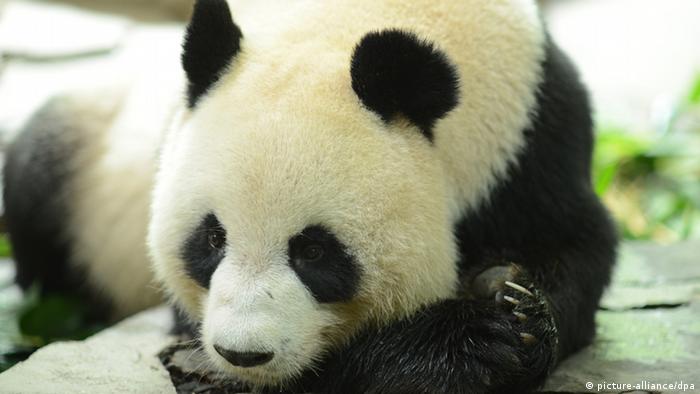 Some zoos, however, do not use it. At a zoo in Vienna, there are two giant pandas who are like a match made in heaven - they are happy to mate with each other and reproduce naturally.

Finding a partner is hard

In the wild, female pandas mate with several males during the 36 hours of fertility. One of them might just be Mr. Right.

But even that is getting harder.

"The giant pandas' natural habitat is often cut into pieces," WWF's Köhncke says. "So when they go to find a mate, many of them are killed on roads."

Köhncke says, for this reason, it is very important to protect the habitat of giant pandas.

"Breeding in captivity only makes sense if the pandas can be reintroduced into the wild some day."

There is so much that scientists have yet to discover about the sexual behavior of pandas. But with every new cub, they are learning more.

Giant panda bears are iconic for conservation efforts, but only 1,600 of them are left in the wild. Still, according to a new study, breeding programs in China have been mostly successful. (28.07.2014)

Why cattle breeders aren't leaving it to nature

Farmers don’t have to let nature take its course anymore. Instead they can specifically breed calves with the sex they prefer. Gender-selected bull sperm is already for sale but it's still not quite a perfect science. (28.08.2013)

Researchers have successfully impregnated an elephant with frozen sperm from a wild male for the first time. They want to broaden the genetic pool of animals in captivity. (15.08.2012)