Suspended amid sexual abuse claims, the head of Haitian football, Yves Jean-Bart, is allegedly still visiting young academy players. As a result, questions are being raised over FIFA's ongoing investigation. 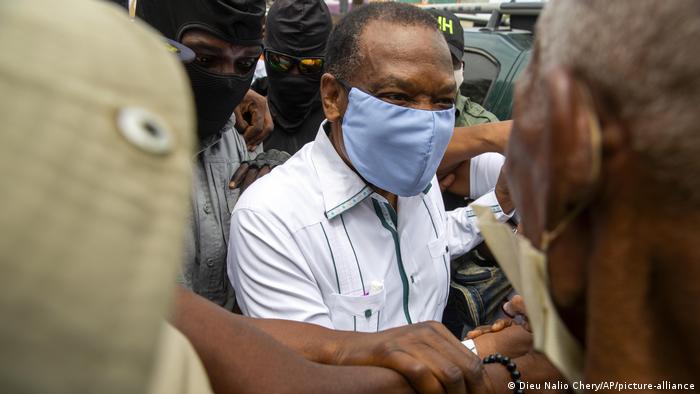 The president of Haiti's football federation (FHF), Yves "Dadou" Jean-Bart, is still involved in running the organization, despite being banned amid allegations of sexual abuse, DW has been told.

Leaked voice messages and conversations with officials inside the FHF reveal that Jean-Bart is allegedly continuing to groom young female players at the country's national training center, scene of the alleged abuse, all the while attempting to cover his tracks with the help of allies.

The claims appear to make a mockery of the suspension process put in place by world football's governing body, FIFA, which is intended to ensure that the investigation by its ethics committee remains free of interference and witness intimidation.

A FHF official, who spoke on the condition of anonymity because of fears of retribution, said that Jean-Bart "still has huge influence" at the federation, with "complete control over everything that happens here."

Jean-Bart didn't respond to several requests to be interviewed for this article. But through a spokesman, he denied still being involved at the federation and said he expected the investigation to exonerate him of all the allegations, including those of sexual abuse.

The FHF official said that Jean-Bart had visited the training center on multiple occasions since his suspension, stopping by late at night and offering to help players with their careers and education.

"He came and held a sort of meeting with the young players," the official said. "The few employees who were there are close to him. They opened the gate to let Dadou return several times. He even brought food to the girls once. He was in their dormitory in the middle of the night."

"Some of the girls told me that Dadou promised them he would facilitate a move if they found clubs interested in them," the official added. "He also promised to send them to college. This is to show the girls that their success still depends on him, as a way of dissuading a girl who would like to testify against him, or those who have already done so." 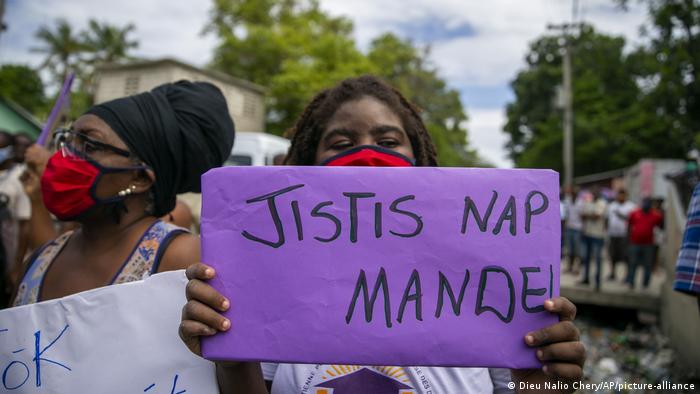 'We are asking for justice': There were protests during a court hearing for Yves Jean-Bart

In response, Jean-Bart's spokesman, Evan Nierman, said: "This is a defamatory lie. Not once has he visited the training center since March and he has hardly left his home since the COVID-19 pandemic, making the accusation as impossible as it is false."

One of the voice messages, heard by DW and shared by a member of a WhatsApp group of current and former FHF officials, alleges that Jean-Bart got employees at the training center to burn and destroy documents.

These documents showed which players had come and gone from the center outside normal hours, a regular occurrence before the pandemic when Jean-Bart was said to have taken them on nights out.

Jean-Bart himself is not a member of the WhatsApp group.

Nierman said: "The only thing going up in flames and being destroyed is the credibility of those who shamelessly spread vicious lies about Dr. Jean-Bart. These assertions are fabricated by political enemies, who make fantastical allegations without evidence and will stop at nothing to smear Dr. Jean-Bart and destabilize the federation."

FIFA extended Jean-Bart's temporary ban from his football duties last month. So far, the governing body has stopped short of appointing a so-called normalization committee, a move that would allow it to take control of the FHF's day-to-day business until the federation can function properly again, with the eventual aim of replacing the entire regime.

Asked why FIFA had not yet initiated such a move, given Jean-Bart's alleged continued involvement at the FHF and visits to the training center, a spokesman simply referred DW to the FIFA statutes, without elaborating further.

The spokesman added in a statement: "As has been stated before, FIFA takes any allegation of misconduct reported to it extremely seriously. FIFA has and will continue to cooperate with the relevant national and international law enforcement on any allegation made in confidence to FIFA about abuse or misconduct in football to bring anyone who corrupts and abuses football to justice." The FHF is currently headed by Joseph Varieno Saint-Fleur, one of the federation's vice presidents, who took over on an acting basis after Jean-Bart's suspension was first imposed in May. Contrary to what was suggested at the time, Saint-Fleur's selection on the grounds of his being the longest-serving deputy wasn't a foregone conclusion, because some people at the FHF were contesting the length of time he has officially been in the role.

However, according to another voice message from a different member of the aforementioned WhatsApp group, Jean-Bart is said to have used a disposable phone to pressure members of the executive committee to back Saint-Fleur, his ally and preferred choice.

"It's Dadou who is directing everything," said a second FHF official, who also asked not to be named. "That's why he did all he could for it to be Saint-Fleur, because [Saint-Fleur] knows nothing about management. It was all planned so Dadou would continue to do everything."

Antoine Doret, the director of the national training center for 12 years until 2014, knows the inner workings of the federation better than most. Since the allegations became public in April, he and many others say they have received death threats for speaking out against Jean-Bart. Some have also reported being physically attacked.

Doret, who has given evidence to FIFA, says the threats are still happening, claiming they are improperly fuelled by money coming from the FHF on Jean-Bart's behalf.

"It's a very simple thing," he said. "At the start of his appointment as provisional president, Saint-Fleur did not have the right to sign official documents. But now, the administrative follow-ups have been done and he can sign everything. He is writing the checks for Dadou who uses this money to pay [his associates] to terrorize people."

Asked to comment, Saint-Fleur said: "I don't like to talk about myself and even less so to defend myself against these false and deceitful accusations." Nierman, meanwhile, rejected the suggestion as being "divorced from reality," saying that Jean-Bart hadn't received any checks and had "never directed or paid anyone to threaten or attack those who oppose him."

Allegations have also emerged that Jean-Bart confiscated the passports of 17 players whom he suspected of testifying against him. It is understood that some of the passports, many of which contain visas to the United States, are yet to be returned to their owners.

According to the first FHF official, allies of Jean-Bart were able to enter the office at the federation where the players' passports are usually kept, removing them when the regular office manager was on his scheduled day off. Both the official and Doret said they had informed FIFA about the passport confiscation, which is illegal under international human rights law. 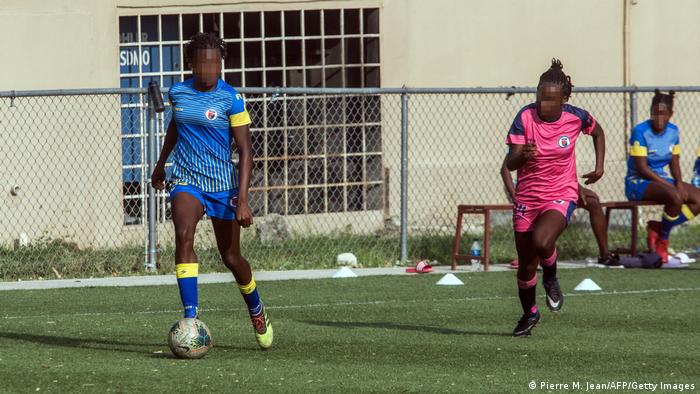 However, Doret stands by his claims, saying passports and visas are part of a wider pattern of control employed by Jean-Bart.

"In Haiti, an American visa is a big deal," he said. "The president makes the most of that and he uses the visa to his advantage. Dadou usually keeps the girls' passports. It's very difficult for a player when she wants her passport. He uses this strategy to abuse them. 'I give you the passport with the visa and you have to sleep with me.' This is how it goes."

"Dadou's no longer there [at the office] but he's carrying on with his ways," Doret added. "It's to continue to bargain, to blackmail the players. It's serious. And I don't know how this problem will end."

Afghanistan: Will FIFA's investigation into sexual abuse claims have any impact?

As the World Cup approaches, FIFA are investigating claims female footballers from Afghanistan were sexually abused. But with conservative attitudes so entrenched and victim-blaming rife, can it make any difference?