A Dutch former gymnast has accused one of the country's top coaches of abusing her when she was a child. The Dutch gymnastics federation has suspended the elite women's program and said an investigation would be lauched. 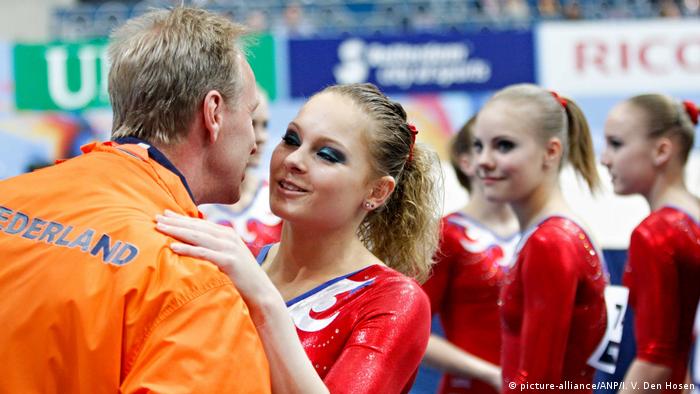 "I was beaten and kicked by him," former gymnast Joy Goedkoop said. "Not every day, but humiliation, outbursts of anger and ignorance were the order of the day. Emotions, feelings and pain were not allowed, there was no room for fatigue. You were meant to function like a machine."

Current gymnasts distance themselves from allegations

Wevers was named coach of the year in the Netherlands in 2016 after his daughter Sanne upset American superstar Simone Biles to win gold on the uneven bars at the Olympic Games in Rio. This was the Netherlands' first ever individual Olympic medal in gymnastics.

Wevers himself is yet to respond to Goedkoop's accusations, however his daughter Sanne, her twin sister Lieke and other members of the current Dutch women's gymnastics team have used a statement released through Sanne Wevers' Instagram account to distance themselves from the accusations.

"We don't recognize ourselves in the picture now being painted of Dutch gymnastics in relation to the stories of the past," the statement says. "If there used to be room for physical and mental abuse, this is now a thing of the past for us. Our current team has a healthy top-class sporting climate."

On Wednesday, the Dutch gymnastics federation (KNGU) announced that it had suspended its women's elite gymnastics program with immediate effect while an investigation is conducted into the allegations.

Earlier, the Center for Safe Sports in the Netherlands, which falls under the umbrella of the Dutch National Olympic Committee, called on any gymnasts who have suffered abuse to come forward and speak about their experiences. It said any information received would be kept confidential and that victims of abuse would have the option of reporting their experiences anonymously. 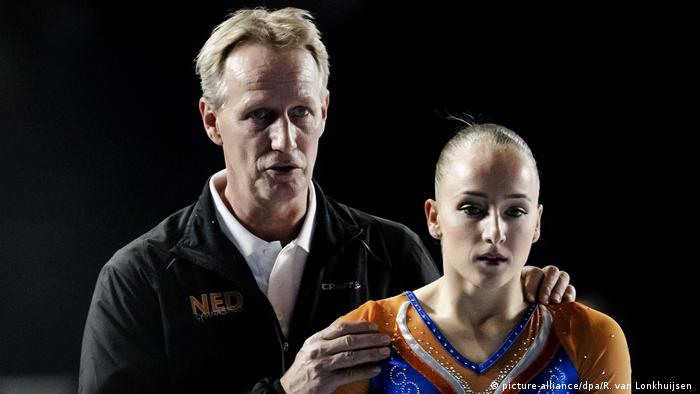 So far Goedkoop is the only former gymnast to publicly accuse Vincent Wevers of physical abuse, but others are also beginning to speak about their experiences.

"I was never hurt physically, but I was afraid of Vincent," Wyomi Masela, who trained under Wevers for 13 years, told Dutch television. "I wasn't called a fat cow, as other gymnasts were by various coaches. But I always had the feeling that I was overweight. That still bothers me today."

Masela said there were times when Wevers would make her weigh herself four times a day. According to one study, almost 50 percent of elite-level gymnasts in the Netherlands suffer from some form of eating disorder.

The scandal around Dutch gymnastics was sparked by the Netflix film Athlete A, which has been available in the Netherlands since the end of June. The film documents the abuse scandal in US gymnastics, which centered on Dr. Larry Nassar, who sexually abused female athletes there for decades. There had been accusations of abuse in Dutch gymnastics in the past, including against former national team coach Gerrit Beltman. However, it was only after the Netflix film became widely available in the country that a broad public debate ensued.

In an interview with the newspaper Noordhollands Dagblad last Friday, Beltman admitted that he had "abused and humiliated" gymnasts for years.

"Today I am deeply ashamed of this," said the 64-year-old, who worked for the KNGU until December 2010 and has since moved to Canada: "I never had any intention of beating, cursing, hurting or belittling. But it happened. I struck (athletes) and thought it was the only way to develop a top class sporting mentality."

Beltman, who described himself as having been "obsessed " at the time, stressed that he was not alone in his actions.

"The chance that a gymnast – and I'm talking about the highest level – leaving the sport traumatized is greater than the chance of getting away unscathed," he concluded.

By her own account, Joy Goedkoop still hasn't completely recovered from what she experienced.

"Actually, I am still not back to normal," the former gymnast said. "I spent three years really deep in a black hole."

Goedkoop urged other abused athletes to follow her example and tell their stories, "so we can turn over the final stone and have a clean slate."

A year away from the start of the rearranged Tokyo Olympics, Human Rights Watch have claimed there is a culture of physical and verbal abuse aimed at Japan's young athletes. The country's response is not yet clear.

USA Gymnastics - Winning at all cost

An independent report into the scandal surrounding USA Gymnastics and its former team doctor Larry Nassar has unveiled a horrifying scale of abuse. Nick Butler explores for Sportschau.