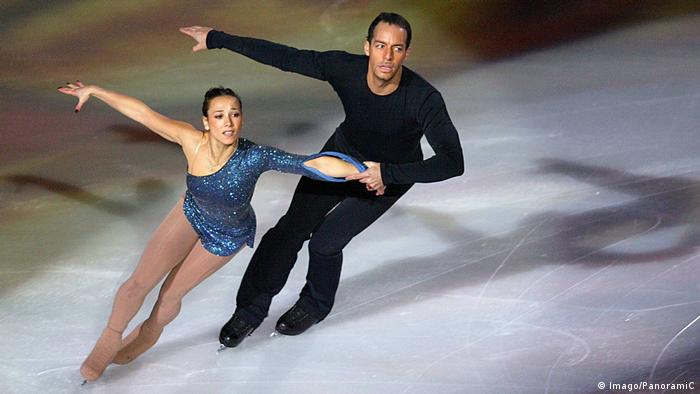 The Sports Ministry investigation, which opened in February, was prompted by accusations leveled in a recent book by figure skater Sarah Abitbol. In it, the 10-time French champion accused her coach Gilles Beyer of repeatedly raping her while she was just a young teen at the national ice skating academy between 1990 and 1992. Paris prosecutors have since opened a criminal rape investigation.

The accusations published in Abitbol's book this January also led Didier Gailhaguet — who ran the FFSG for over 20 years and claims never to have shielded Beyer — to step down in February.

An 'unparalleled' history of abuse

To gather information, the ministry set up a dedicated platform where it could record and analyze athlete testimony. As more and more women came forward, evidence mounted.

The ministry called the findings "unparalleled internationally," saying, "The volume of cases identified is indicative of practices and behaviors that have been repeated by generations of coaches."

The report also concluded that some coaches had "real alcohol problems."

Perhaps more fundamentally problematic was the FFSG's clandestine operating structure, which investigators identified as, "A strong concentration of powers involving only a few managers."

The report said this structure, "encouraged a form of omertà [code of silence] regarding suspicions about coaches, and may have led to the absence of disciplinary procedures, or even simple investigations."

On Tuesday, the Sports Ministry announced: "Since the investigation found facts that could be classified as criminal offenses, the head of the IGESR [General Inspectorate of Education, Sport and Research] informed ministers that she would forward the report to the public prosecutor in Paris."

The Sports Ministry's investigation was conducted with the assistance of the IGESR.

The ministry said one current coach was taken into custody in February, and five were banned from coaching in April.

Ultimately, 12 coaches — three of them with prior convictions — stand accused of harassment and sexual abuse. Seven more stand accused of physical or verbal abuse. Two individuals named in testimony died before the investigation was completed.