Guards prevented the bomber from entering the building so he detonated his explosives outside, officials said. Afghanistan has seen an uptick in attacks during peace talks with the Taliban to end decades of conflict. A suicide bombing killed at least 24 people and injured 57 others outside an education center in the Afghan capital Kabul Saturday.

Interior Ministry spokesman Tariq Arian said the explosion occurred in a mainly Shiite Hazara-dominated area in the western part of the city.

"A suicide bomber wanted to enter the education center," said Arian. "But he was identified by the center's guards after which he detonated his explosives in an alley."

Most of the victims were students aged between 15 and 26, according to the health ministry.

The so-called Islamic State (IS) group claimed responsibility for the blast. IS has targeted educational centers in the past, especially where the majority of students are Shiite Hazara.

In 2018, IS attacked an educational center known as Mahdi-e Mawood in the area, killing dozens of people.

The Taliban rejected any connection to that attack.

There has been an uptick in violence between the Taliban and Afghan forces recently, even though the two sides have begun peace talks in Doha to end the decades-long conflict. 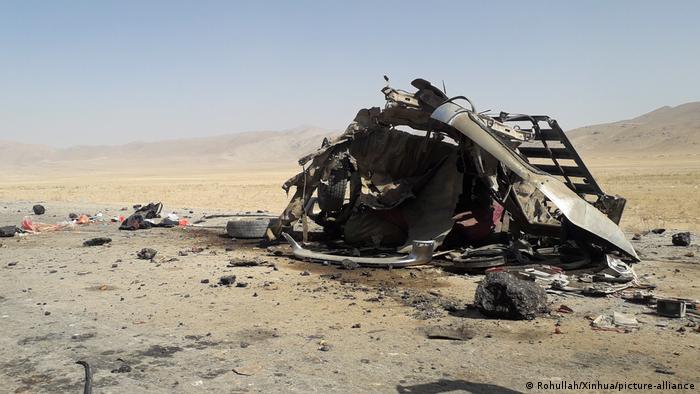 The Kabul bombing was not the only violence in Afghanistan on Saturday, as a roadside bomb killed nine people in eastern Afghanistan, near Ghazni city.

A second roadside bomb killed two policemen who were traveling to the scene of the first roadside bomb. No one claimed responsibility for the Saturday bombs.

On Friday, rights group Amnesty International said at least 50 people were killed in attacks in the past week, accusing the Taliban and Afghan government of failing to protect people.

"The world must sit up and take notice. Afghan civilians are being slaughtered on a daily basis," said Omar Waraich, head of South Asia at the group.