Setback for SPD after narrow win in Bremen

The Social Democrats, in power in Germany's smallest state for nearly 70 years, have eked out victory in Bremen's elections with Green support. The euroskeptic AfD also narrowly made it into a fifth regional parliament. 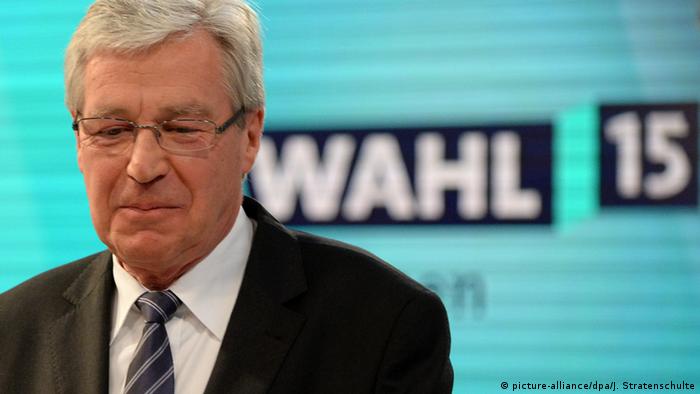 Social Democrat mayor Jens Böhrnsen clung on to his coalition majority, but in a disappointing vote

Voters in the German city-state of Bremen have drifted away from traditional parties, according to the latest election projections early on Monday. However, a narrow majority means the Social Democrats (SPD), who have ruled Bremen since 1946, are likely to continue in power with the former coalition partners the Greens.

The euroskeptic Alternative for Germany (AfD) was set to win seats in its fifth straight regional election since emerging as a more right-wing option to Chancellor Angela Merkel's Christian Democrats (CDU) in 2013, garnering 5.3 percent of the vote - clearing the 5-percent hurdle that guarantees a party places in parliament in Germany.

The AfD has been attracting voters away from the CDU, indeed the Christian Democrats were badly beaten in Bremen with only 23 percent of the vote, despite the chancellor's personal and active campaigning in the northwestern port city. However, ferocious in-fighting over just how far to the right the AfD is willing to lean has seen their numbers suffer since polling up to 10 percent in national opinion surveys just last year.

"I believe those disputes were a burden (for the results)," said AfD leader and founder Bernd Lucke.

The pro-business Free Democrats (FDP) saw a surge in numbers, getting 6.6 percent of the vote after a mere 2.4 percent in 2011, gaining them si seats. On the other side of the aisle, the democratic socialist Left party also won a boost, getting enough votes for eight seats.

The SPD and Greens will be able to continue their ruling coalition with 33 and 15.2 percent, respectively. But both parties suffered losses from their 2011 numbers, with the SPD down 5.6 percent and the Greens dropping 7.3 percent from the previous state elections. The Social Democrats had hoped to use the regional election to gain ground on Merkel's CDU, who continue to lead the national opinion polls.

Bremen's head of government, Mayor Jens Böhrsen (pictured above) said he was "surprised" by the losses, but "we are not going to sulk about it."

Weakened support for the SPD might have come as the result of poor voter turnout - only 50 percent, the lowest in western German history.