A global online initiative - backed by governments and activists - has announced a Serbian designer as the winner of a competition to 'crowdsource' the first ever internationally recognized symbol for human rights. 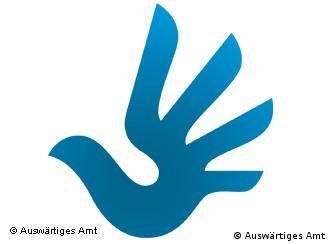 After four months and a global online campaign - backed by governments in Europe, North and South America, and Asia, and prominent activists - Predrag Stakic has been announced as the winner of a competition to find a logo for human rights.

Stakic's winning entry - which features a dove-like hand - was chosen from a short list of ten finalists and won the most votes in a public online ballot. It was open to people around the world. 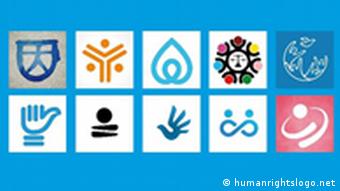 A stick in the sand

Until now, there has been no internationally recognized symbol for human rights - unlike the peace or anti-nuclear movements - and even recycling.

But the organizers of the Logo for Human Rights Initiative say they hope the new logo will "make a peaceful contribution towards the global spread and implementation of human rights."

They allowed entrants to design their logos with computer technology, a simple pen and paper, paints, or even just a stick in the sand.

Starting on May 3, people from 190 countries submitted over 15,000 logo suggestions - and sparked some heated debate on the initiative's website, humanrightslogo.net 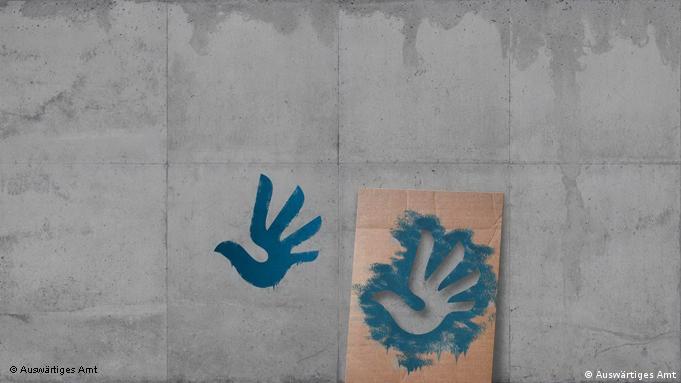 The initiative was headed by the German foreign ministry and those of nine partner countries.

The jury chose the ten finalists from the many thousands of entries. But the final vote was cast by people around the world online.

It has been described as the biggest ever exercise in crowdsourcing - a process where large, unspecified groups of people can contribute to a common goal. The organizers say it means the logo is "by the people, for the people."

Although there are 6.8 billion people living on the planet, and all of us have human rights, the organizers say there has been no way - until now - to overcome "language barriers to communicate this universal bond symbolically."

Burmese opposition leader Aung San Suu Kyi, who spent much of the past 20 years under house arrest, said she hoped that an internationally recognized human rights logo would "bring it home to people everywhere that our basic needs are the same."

What's in a logo? Everything - and preferably as little as possible

The power of logos is immense - just ask the folks at Nike, Apple or Coca-Cola. Now, a search is underway for a universal logo for human rights. But just how easy is it to find a concept that clicks? (10.05.2011)

While Western governments impose austerity measures to make up for ground lost to the economic downturn, the UN warns that growing numbers of citizens are seeing their human rights violated. (14.09.2011)