US Secretary of State Pompeo is in the Middle East to gain support from Saudi Arabia for new sanctions on Tehran. President Trump has vowed to take action after labeling the Iran nuclear agreement the "worst deal ever." 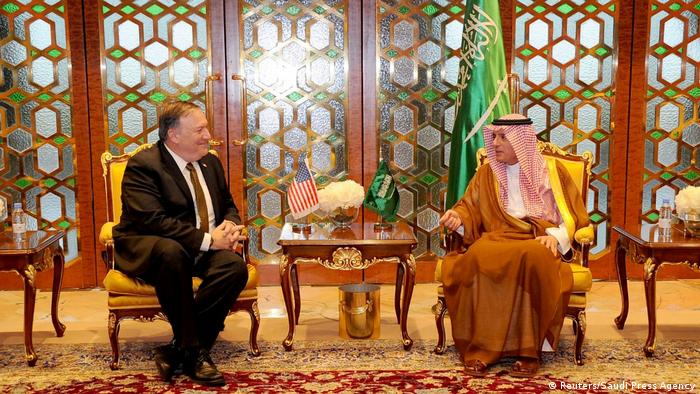 Barely two days after being sworn in as the new US secretary of state, Mike Pompeo arrived in Saudi Arabia to urge support for a new plan to restrain Iran's military clout in the region.

Speaking at a joint press conference with Saudi Foreign Minister Adel al-Jubeir on Sunday, Pompeo said: "Iran destabilises this entire region." He added: "It supports proxy militias and terrorist groups. It is an arms dealer to the Houthi rebels in Yemen. It supports the murderous Assad regime (in Syria) as well." He called for unity among the Gulf states.

The Middle East visit, which will also take in Israel and Jordan, aims to muster support for new sanctions against Tehran or the renegotiation of a landmark 2015 nuclear deal between Iran and six world powers, including the United States, to limit Iran's nuclear program.

"We are urging nations around the world to sanction any individuals and entities associated with Iran's missile program, and it has also been a big part of discussions with Europeans," Brian Hook, a senior policy advisor traveling with Pompeo, told reporters.

Pompeo, a former CIA chief, told a meeting of NATO allies in Brussels that Washington was "unlikely" to stick with the Iran nuclear deal unless the shortcomings of the agreement identified by President Donald Trump are dealt with.

Trump has complained that the pact, approved by Barack Obama, was weak, and he demanded that Tehran's missile program be added to the accord, not just its nuclear program. 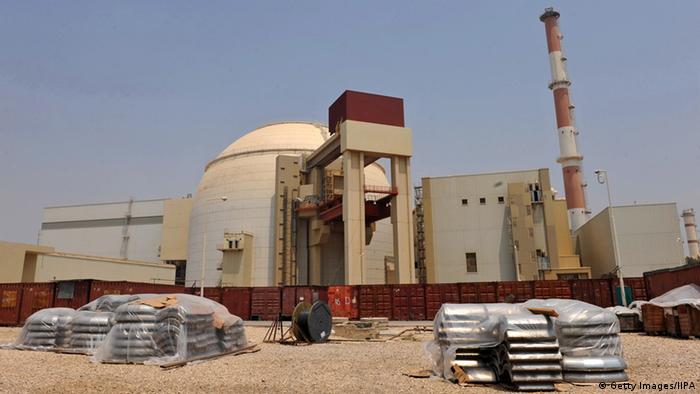 Iran is allowed to use nuclear technology for its power stations, but is forbidden from producing weapons-grade uranium

Senior US officials traveling with Pompeo blamed Iran for smuggling the missiles into Yemen. They said the incident underscored the importance of the Trump administration's push to counter Iranian supported-aggression in the region,

As well as support for the Houthi rebellion in Yemen, Tehran has backed Syrian President Bashar Assad's regime during the country's seven-year war.

Trump will decide by May 12 whether to extend a waiver to prevent US sanctions from being reimposed on Iran, possibly spelling the end of the 2015 agreement, which was also signed by Germany, Britain, France, Russia and China.

European leaders have spent months pressuring the White House for the Iran deal to remain in place, which they see as key to preventing Tehran advancing its nuclear capabilities.

Both President Emmanuel Macron of France and Germany's Chancellor Angela Merkel left Washington this week having failed to secure any promise that he might keep the core deal alive.

Pompeo has insisted the president has not yet made the decision.

His message during the Middle East trip will also be that US diplomacy is back on track following the departure of his sacked predecessor, Rex Tillerson, who failed to build a strong relationship with Trump, and who was blamed for weakening the US State Department.