Poland's post-communism transparency has led to the opening of secret files predicting the extent of a massive nuclear exchange over Europe between the two Cold War rivals. 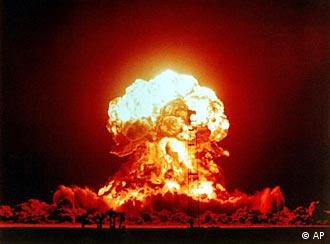 For the more than three decades of the Cold War -- from 1955 to 1991 -- the Warsaw Pact was the military rival of the West. Both sides, NATO and the Soviet Union's eastern European satellite countries, were armed to the teeth, separated by what became known as the Iron Curtain. Nuclear weapons and conventional arms parity prevented the two sides from pursing a military solution to their standoff.

The consequences for Europe of a military conflict are well documented in secret Warsaw Pact files recently made public by the Polish government.

Just how damning the Polish archives are is slowly coming to light. The first document excerpts prove that the Warsaw Pact -- counter to its own previous declarations -- had indeed been prepared to risk a first-strike nuclear war with the West. Leon Kieres, the director of Poland's Institute for National Remembrance, said he was shocked when he first read the top-secret papers.

"It was planned to accept heavy losses among the Polish population in the event of a military conflict with NATO," Kieres said. "More than two million people would have died. Some 43 cities on Polish territory would have been targets in a nuclear war. We never knew that our lives were the object of such war games. Polish society has a right to learn what its fate would have been, had a military conflict become a reality." 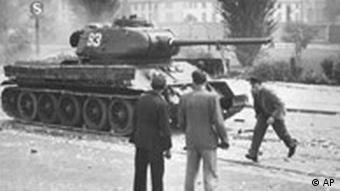 After the nuclear exchange, Soviet tanks would have entered Europe

Leon Kieres was referring to war game plans from the Polish military command in 1979. The war game assumed a provocation by NATO with a massive Russian nuclear response that would have obliterated all of West Germany’s major cities.

Afterwards, tank divisions with two million Soviet troops would invade a nuclear and chemically contaminated Central Europe and march as far as the Netherlands and Belgium. It's not surprising, the Polish historian Pavel Piotrovski added, that Poland was agreeing to its territorial annihilation by a Western nuclear counterattack by being part of this plan.

"We were not a sovereign state," Piotrovski said. "All the important decisions were forced on us. The Polish government, as well as the governments of the other Socialist countries, had to carry them out." 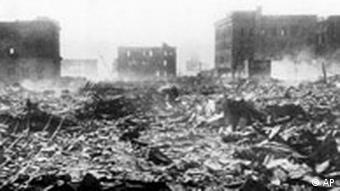 Soviet plans would have seen Polish cities laid to waste

The decision to make public classified war plans of the Warsaw Pact is a complete reversal of an agreement by its member states when it disbanded in 1991 to keep these documents under lock and key.

The papers were written in Poland and have been kept in Polish archives. For that reason, they are subject only to Polish law, said Poland's Defense Minister Radoslav Sikorski, defending his government's decision to publish them.

"This is the end of the post-communist era in Poland," he said. "A time when such obvious things as the archives of a defunct military pact no longer need to remain secret."

A new book by a Berlin historian claims Nazi Germany built and tested nuclear weapons before the end of World War II. The claims, if true, would mean a rewriting of history, but many have doubts about the theory. (March 15, 2005)

Looking Back on the Warsaw Pact

Saturday marks the 50th anniversary of the signing of the Warsaw Pact, the military alliance between Europe's Eastern Bloc nations which underpinned the division between East and West. (May 14, 2005)

Hundreds of US Nukes Still in Europe

More than a decade after the end of the cold war, the United States continues to deploy hundreds of nuclear warheads across Europe, according to a report from a respected US research agency. (Feb. 10, 2005)