Hundreds of US Nukes Still in Europe | News and current affairs from Germany and around the world | DW | 10.02.2005

Hundreds of US Nukes Still in Europe

More than a decade after the end of the cold war, the United States continues to deploy hundreds of nuclear warheads across Europe, according to a report from a respected US research agency. 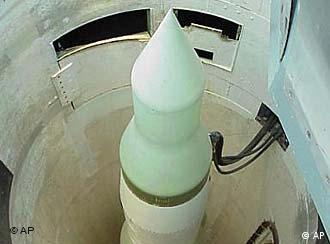 With the United States applying pressure on Iran over its nuclear ambitions, the revelation on Thursday that North Korea possesses the bomb and intends to increase its arsenal, and action taken and planned to prevent rogue states obtaining weapons technology, the report by the Natural Resources Defense Council (NRDC) comes at an embarrassing time for the US and a worrying one for Europe.

The NRDC, a private arms control and environmental group based in Washington, revealed that the estimated figure of around 200 nuclear weapons thought to still be kept on European soil by the United States is in fact more than double that, with the majority of the 480 bombs bunkered at three bases in Germany.

Germany was in the front line of the cold war until the fall of the Berlin Wall precipitated the collapse of the USSR. It was widely believed that in the event of the cold war escalating to "hot," the United States would have sacrificed Germany in a nuclear exchange with the Soviet Union in a bid to protect the rest of Europe.

Currently, 150 bombs which would have been used in that scenario are still on German soil. During the height of the cold war, the United States had as many as 7,000 nuclear warheads in Europe. 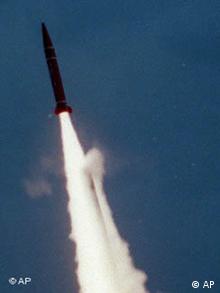 The United States' closest ally, Britain, currently plays host to 110 tactical nuclear missiles at the Lakenheath airbase in Suffolk, the home of American F-15 fighter planes in the UK. This is figure itself is three times as high as previously thought. Elsewhere around Europe, the US has 90 bombs deployed at Incirlik in south-eastern Turkey, 90 in Italy and 20 each in Belgium and the Netherlands, according to the NRDC.

The 100-page report, which was posted on the NRDC's web site on Wednesday, is based on documents obtained under the US Freedom of Information Act, military publications, commercial satellite imagery and other material.

Questions are bound to be raised by concerned Europeans as to why such a large number of weapons of mass destruction are still scattered across Europe when the specter of the Soviet Union no longer exists. While the NRDC speculates that the potential targets for the missiles are likely to be in Russia, Iran and Syria, the official NATO line states that nuclear bombs in Europe are not aimed at any particular country. 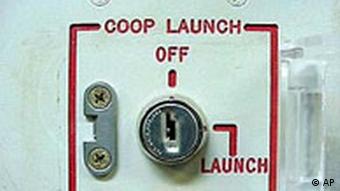 While the actual number of missiles still on European soil may come as a surprise to the majority of people living on the continent, the most revealing aspect of the NRDC report is that regarding US policy towards the use of the weapons in time of war.

While Britain, with its estimated 200 strategic nuclear warheads, and France, with as many as 350, are the continents main nuclear powers and would therefore defend themselves, the American policy regarding use of European-based nuclear weapons in war would allow non-nuclear European NATO members to use US weapons. 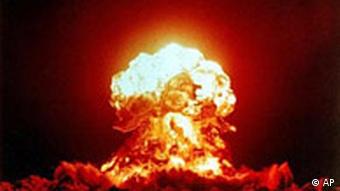 In the event of a nuclear conflict, the US would provide as many as 180 bombs which would be dropped by Belgian, German, Italian, Dutch, and Turkish aircraft. 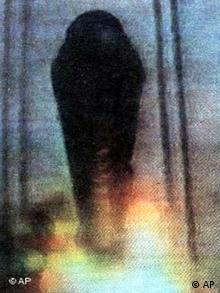 The NRDC also claims that the mere presence of the weapons on European soil contradicts the NPT by providing non-nuclear states with weapons protection under a US nuclear umbrella.

"The continuing presence of these weapons irritates relations with Russia, undermines global efforts to dissuade other nations from developing nuclear weapons, and impedes NATO's post-Cold War evolution," the NRDC states.

Iran Defiant Ahead of EU Talks

As a delegation from Germany, France and Britain meets Iranian officials to discuss the nuclear stand-off on Thursday, Iran has reiterated its negative stance and upped the pressure by testing a long-range missile. (Oct. 21, 2004)

According to the Pakistani Foreign Minister, three Germans acted as middlemen in the illicit transfer of nuclear secrets during the 1980s and 1990s. (Sept. 2, 2004)

The Natural Resources Defense Council (NRDC)report on US nuclear missiles in Europe.