A new book by a Berlin historian claims Nazi Germany built and tested nuclear weapons before the end of World War II. The claims, if true, would mean a rewriting of history, but many have doubts about the theory. 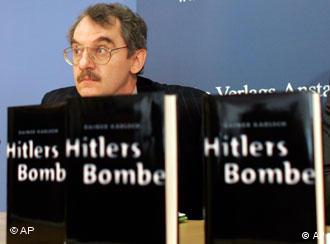 Karlsch makes some sensational claims, but does he have the proof?

It is well known that the Nazis were investigating the development of atomic weapons in the final months of the war. They were desperately seeking a "miracle weapon" that could turn the devastating tide of destruction that was descending upon Germany as allied forces closed in from both the east and west.

But most historians have said the Third Reich, which was badly overstretched regarding material resources as the war wound down, was far from taking on the United States in a nuclear confrontation.

Not so, according to Berlin-based historian Rainer Karlsch, who says in his 400-page book entitled "Hitler's Bomb" that there was likely a functioning nuclear reactor near the German capital and that the regime's scientists actually tested nuclear devices in the state of Thuringia and on the Baltic Sea island of Rügen.

It sounds like a nightmare scenario, which, if true, could have meant the world stood on the threshold of nuclear catastrophe in 1945, since in the dying days of the war, 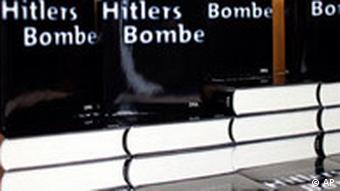 Hitler promised that if he went down, he would bring half of world down with him.

"German scientists succeeded in releasing nuclear energy in the fall of 1944, three-quarters of a year before the Americans," said Karlsch at a press conference on Monday at the book's official release.

The historian trawled through little known Russian archival material to back up much of his theory, as well as radiation measurements, soil analyses and the testimony of first and second-hand witnesses.

Karlsch says in the book that the German weapons, while never used during the war, did have deadly effects. A test in Thuringia, according to him, killed some 500 people, mostly prisoners of war.

Despite the sensational title of the book, which has been the topic of much debate in the press for several weeks, Karlsch told Monday's press conference that the Nazi weapons could better be described as atomic "grenades," but that their significance should not be played down. 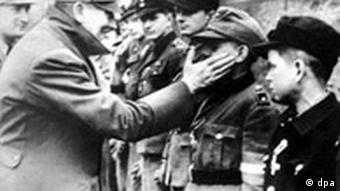 Toward the end of the war, the Germans were desperately looking for a "miracle weapon" that could bring them victory. Karlsch says they almost found it.

"There were heading in the direction of a serviceable nuclear weapon," he said.

He does admit, however, that he has little proof for his theories, but rather that his research has pointed to a strong chain of indications.

That lack of hard-and-fast proof has led to much skepticism about the book, in the press as well as among the scientific community. While the book has attracted the attention of scholars, some of whom have praised Karlsch for his doggedness in combing through dusty Russian archives and turning up previously unknown material, most are not ready to follow his down his theoretical path.

"In Germany, uranium fission was discovered in 1938 or '39," said Dieter Hoffmann, a researcher at Berlin's Max Planck Institute for Scientific History. "However, that here in the 1940s a nuclear bomb was set off still seems to me implausible."

Gerd Fussmann, a physicist at Berlin's Humboldt University, is also not completely convinced. "We only have the testimony of lay people and speculation based on historical documents," he said.

"Because of that, there is still going to be a good deal of doubt, whether we're really talking about nuclear weapons here."

The press has been even harder on Karlsch. The newsmagazine Der Spiegel claimed the author cannot back up his spectacular claims. The Süddeutsche Zeitung called Karlsch's discoveries new but, as of yet, unproven. The Frankfurter Allgemeine Zeitung wrote that the book's title was misleading.

Hoffmann of the Max Planck Institute agreed with that assessment, saying he though the publisher's choice of title, "Hitler's Bomb," was an unfortunate one.

"Hitler's bomb or a real fusion bomb (created by the Nazis) most likely didn't exist," he said.

The Polish publication of Hitler's "Mein Kampf" has angered Bavaria, which holds the rights. The German state has urged Warsaw to recall it from stores. Now, the Polish foreign minister too, has slammed the edition. (Feb. 25, 2005)

A recording of Adolf Hitler talking about his feelings towards the war has resurfaced some 62 years after it was secretly taped by a sound engineer while the Nazi dictator was visiting Finland in 1942. (Oct. 13, 2004)