A recording of Adolf Hitler talking about his feelings towards the war has resurfaced some 62 years after it was secretly taped by a sound engineer while the Nazi dictator was visiting Finland in 1942. 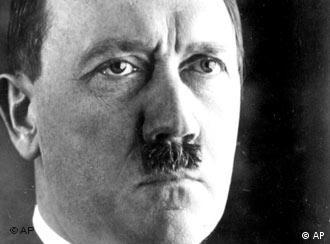 The recording is the only known example of Hitler talking freely

A new film portraying the last days of Adolf Hitler and his Nazi regime has shed new light on a little-known Finnish recording, thought to be the only one in which the dictator speaks privately.

"This recording is really unique," Lasse Vihonen, head of the sound archives at Finnish public broadcaster YLE, told AFP. "It is the only one in existence where Hitler speaks freely."

The tape is a treasure trove for actors rendering the intimate side of the Nazi dictator. It was for instance recently used by actor Bruno Ganz, who has won praise for his portrayal of Hitler in the newly released German movie "The Downfall."

The low pitch of the voice on the recording may sound unfamiliar, but the message leaves no doubt who the speaker is.

"Had I finished off France in '39, then world history would have taken another course," Hitler says in German, alternating between rapid and slow speech and pausing frequently. "But then I had to wait until 1940."

"Then a two-front war, that was bad luck. After that, even we were broken," Hitler says, explaining the setbacks of his campaign to conquer the Soviet Union to C.G.E. Mannerheim, commander of the Finnish forces during World War II.

The recording was made in secret on the evening of June 4, 1942, when Hitler made a surprise visit to Finland to congratulate the German ally on his 75th birthday.

"That he came to Finland was a political move," said Ohto Manninen, professor of war history at Finland's National Defense College. "He wanted Finland to remain in the war on Germany's side."

In 1941, Finland allied itself with Nazi Germany and attacked the Soviet Union just days after Hitler launched his campaign against Stalin, to regain territories lost to Moscow in the Winter War of 1939-41. 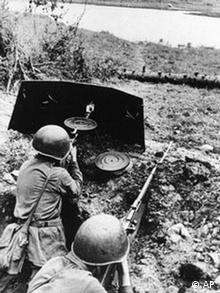 Finnish troops aided the Nazis in the siege of Leningrad.

In 1942, Germany had 200,000 soldiers based in Finland. Together the two allies grabbed large areas in northwestern Russia and besieged Saint Petersburg, then called Leningrad. With his forces stretched thin all over Europe, it was essential for Hitler to keep Finland in the war, even though Finnish goals had already been met.

The tape, mostly a rambling monologue by the Nazi dictator, gives a rare glimpse into Hitler's personality, since he had forbidden any recordings of his private conversations. Only Hitler's carefully staged speeches in which he talks in a well-rehearsed, high-pitched and feverish voice were supposed to be saved for posterity.

While YLE's recording remained under lock and key for nearly 15 years after it was made, the tape has since been frequently used by actors, journalists and historians in their work.

According to Manninen, Finland's most respected war historian, the tape however has little value for scholars.

"For a person who would like to know Hitler better, this recording is important, but it doesn't tell us historians anything new that we do not already know from other sources," Manninen said.

The tape was made by YLE sound engineer Thor Damen, who was responsible for recording the speeches at Mannerheim's birthday party. Unbeknownst to both the Finnish marshal and Hitler, Damen continued to tape their private conversation after the official part of the program was over, Vihonen said.

"When the German security officers found out, it really became a scene, with them threatening to kill Damen and ordering him to destroy the tape," he said. "YLE was however allowed to keep the reel after promising to keep it in a sealed container," Vihonen added, pointing to a cardboard box with the remains of several red wax seals on it.

Führer rues taking on the Soviets 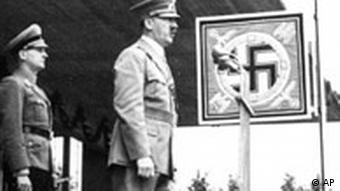 The recording, which lasts for 18 minutes, ends abruptly in mid-sentence as Hitler explains why it had been difficult to help Finland more in their common war against Stalin.

"We didn't know ourselves just how monstrous this powerful beast was," Hitler says. "Had I known, I would have been more reluctant, but I had already made the decision then, and there would be no other possibility," he added.

YLE radio is scheduled to broadcast the tape in its entirety with an accompanying documentary on Oct. 17 over its international satellite and short-wave services, Radio Finland.

"Der Untergang," the film that portrays the human side of Adolf Hitler opens across Germany this week. The film's director Oliver Hirschbiegel talked to DW-WORLD about his reasons behind the portrayal. (September 17, 2004)