"Der Untergang," the film that portrays the human side of Adolf Hitler opens across Germany this week. The film's director Oliver Hirschbiegel talked to DW-WORLD about his reasons behind the portrayal. 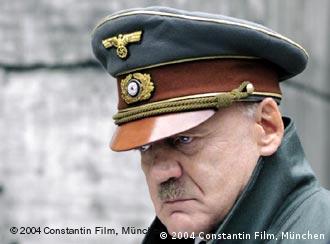 Bruno Ganz portrays Hitler as a lonely, deluded man in his final days

Cinemas across Germany will begin showing the controversial World War II film “Der Untergang,” German for “The Downfall,” starting Friday. The film has created quite a stir due to its emotional depiction of Adolf Hitler's private side during the last days of the war.

The film shows a very intimate perspective of Hitler that has caused some controversy and raised many questions. Is it okay to portray the human side of people like Adolf Hitler, a man reviled as a monster for his beliefs and actions?

The director of the film, Oliver Hirschbiegel, believes that the depiction of Hitler as a lonely man deserted by his once loyal cronies days before taking his own life will help cinema goers understand a different period of history which needs to be confronted as much as the more publicized horrors if Germany is truly to move out of the shadow of the Third Reich.

Director looks at history behind history

"My wish is that if we are to deal with this history, there must not be anything stored away in the cupboards," Hirschbiegel told DW-WORLD. "If we are to look seriously at these 'monsters' then we must go into depth and let their backgrounds shine through. There are 53,000 books about Adolf Hitler and none of these books look at the real man. The fact is we can only raise new questions about him, not offer answers."

Those who gathered to catch the first early afternoon showing of the film in Bonn expressed the hope that the film would help them understand what happened in Germany sixty years ago, what made the Third Reich possible and how Hitler the man compared to the image of Hitler the dictator.

"I'm here because I want to find out what it was like,” said one movie-goer. 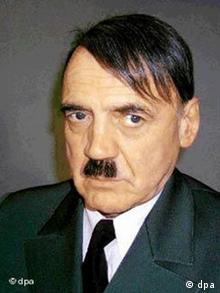 The film has been attracting media coverage for weeks ahead of its release and has generated fierce debates over the legitimacy of portraying Hitler’s human side. Many argue that this constitutes a watering down of the beast he was. Hirschbiegel explains that showing the human side of the Nazi leader enhances the horrors of what Germany stood for at the time. The film helps to dispel the belief that the Nazis were monsters by showing that human beings are capable of plotting and executing such atrocities.

"These horrific murders became possible, because these people -- the Jews and all others, the Poles, the Russians -- were not seen as people. They were seen as unworthy of life, lower than beasts. Adolf Hitler was a mass murderer who made fully conscious decisions which led to this horror," the director said.

Hirshbiegel says it is dangerous to put Hitler in a different category and pretend that an ordinary person could never commit such horrible crimes.

Many of those who have seen the film have seen no problem with the director's approach to the personal portrayal of Hitler. Many understand that despite committing inhuman atrocities, Hitler was indeed a person, not a diabolic creature. "I think it's right to show he had a human side," one person said, "although one shouldn’t stress it too much."

Other complaints have been leveled at the film's choice of focus. Hitler's final days are shown in Berlin with little reference to what his nefarious plans had achieved in the wider world. The Nazi leader struggles with his final days, sitting in his bunker far removed from reality, desperately clinging to his illusions of the final victory as he plans strategic movements of an army that has already crumbled.

Throughout the entire film there is no mention of the Holocaust.

"I say it is impossible to show the misery, the desperation of the camps," Hirschbiegel says. "It is cinematically impossible to illustrate this horror. It is an unfeasible project, I believe, and other colleagues have similar experiences."

Despite the criticism, audiences in Germany and across Europe are expected to flock to see the film in an attempt to get a glimpse of the man behind the monstrous myth.

Sometimes actors play such powerful roles or infamous characters they get typecast for the rest of their careers. Bruno Ganz is worried about falling into that trap after playing the ultimate bad guy -- Adolf Hitler. (September 7, 2004)