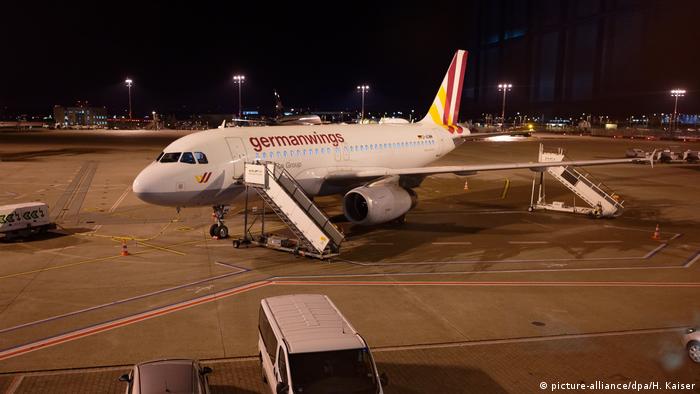 German cabin crew union UFO stuck by its threat Tuesday to extend its three-day stoppage beyond New Year's Day as Lufthansa via its subsidiary airlines played down the strike's impact on the traveling public.

UFO, which officially is striking over collective part-time rules, represents 1,400 members whose Germanwings jobs are to be merged into Eurowings.

Of the 60 flights canceled, 22 involved takeoffs and landings in Hamburg, 20 at Berlin's Tegel Airport and 18 in Munich.

Frankfurt's operator, Fraport, said it was unaffected because Germanwings was not included in the winter flight schedule serving Germany's financial hub.

German Rail (Deutsche Bahn) said a rush switch by Germanwings passengers to long-distance rail did not materialize Tuesday, instead describing its New Year's Eve operations as a "normal travel day."

The bitter monthslong dispute between UFO and Lufthansa as parent company resulted in a November stoppage impacting 1,500 flights and 200,000 passengers, as well as the recent involvement of arbitrators.

At Eurowings, another union, Verdi, is reputed to have a large foothold among staff.

Lufthansa has questioned the trade union credentials of UFO, an organization set up in 1992, which now says it represents more than 30,000 members.

Cabin crew union UFO has called a three-day strike at Germanwings, a subsidiary of Lufthansa, after what it calls 'failed' arbitration talks. Stoppages are to run for the entirety of Monday, Tuesday and Wednesday. (27.12.2019)

Armenian PM marches through capital, warns of 'coup' 10m ago

Man charged with passing Bundestag details to Russia 1h ago