The Italian prime minister has said that the migrants stranded on a rescue boat operated by German NGO Sea Watch will soon be allowed to disembark. They will then be redistributed among several EU states. 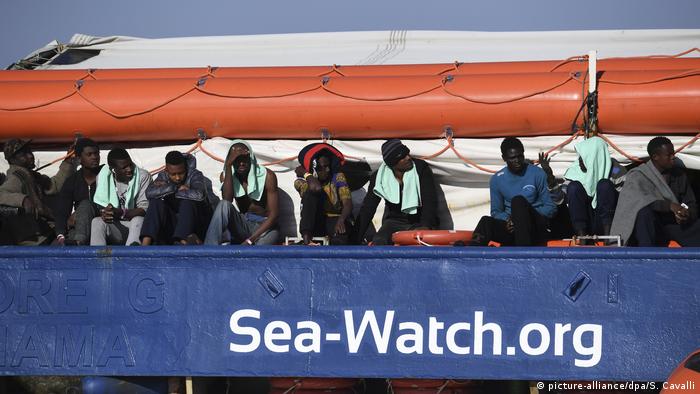 Italian Prime Minister Giuseppe Conte on Wednesday announced that the migrants on board the Sea Watch charity rescue boat would be allowed to disembark "in the coming hours."

The European Court of Human Rights (ECHR) on Tuesday ordered Italy to provide medical assistance, food and drinks to the migrants aboard the vessel.

Commenting on Conte's remarks, Sea Watch said that Europe should be "ashamed."

"We are happy that this European hostage-taking is ending," Sea Watch spokesman Ruben Neugebauer told the AFP news agency.

"At the same time, it's a bad day for Europe because human rights have once more been made secondary to negotiations within the EU... Another bitter day," he added. 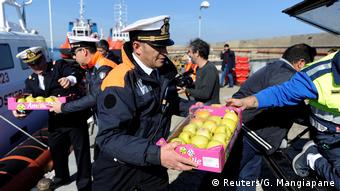 Italy was ordered by the court to provide the migrants assistance

The Sea Watch 3, operated by the German non-governmental organization Sea Watch, had been barred from docking by several EU member states and was waiting off the coast of Sicily. The Berlin-based NGO lodged an urgent complaint with the court on Monday.

However, the ECHR did not grant Sea Watch's request to allow the migrants, who were rescued north of the Libyan port of Zuwarah a week and a half ago, to disembark the Dutch-flagged ship.

Before the court decision, Italian Interior Minister Matteo Salvini said the migrant boat could only dock if the asylum seekers on board were subsequently accepted by Germany or the Netherlands. Both countries have refused to accept the migrants.

EU rules require the country in which migrants land to take responsibility for them, and process their applications for asylum.