The move follows a 2018 measure passed by Parliament to clear the records of all men who were convicted for homosexuality. Scotland's pardon law is wider in scope than that of England and Wales. 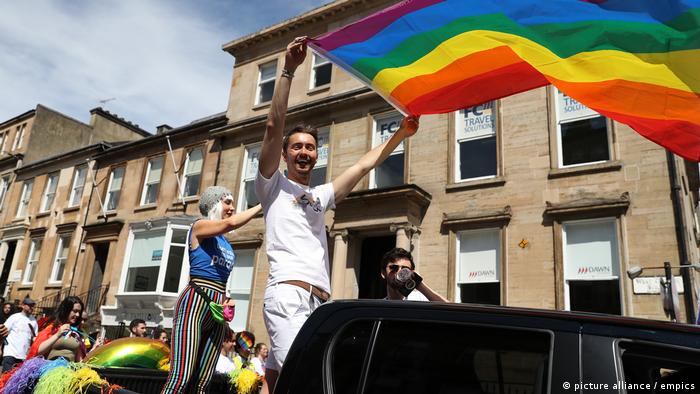 The Scottish government announced on Tuesday that it will automatically pardon gay and bisexual men who have been prosecuted for same-sex activity.

"There is no place for homophobia, ignorance and hatred in modern Scotland," Justice Secretary Humza Yousaf said in a statement outlining the policy.

The new rule was made possible by the Historical Sexual Offences (Pardons and Disregards) Act, which the Scottish Parliament approved in 2018.

"This legislation makes good on the commitments made by the First Minister, who gave an unqualified apology for the now outdated and discriminatory laws, and for the harm they caused to many," he added.

In 2017, Scotland's First Minister Nicola Sturgeon publicly apologized to men affected by the "historic wrong" that the convictions meant.

Same-sex activity between men was decriminalized in 1980 and much later, in 2001, the age of consent was equalized between gay and heterosexual couples.

But as a result of prior criminalization, thousands of men are believed to have been prosecuted for consensual same-sex contact over the last 150 years, the Equality Network said, adding that hundreds still have this type of criminal record. Same-sex acts between women were never criminalized in many countries, as they were mostly not even recognized as such.

Under the new bill all those affected will receive a pardon, including those who have passed away, but they must go through an administrative process, which the government has offered free of charge.

Thousands of homosexuals murdered by the former Nazi regime have been remembered in Berlin. The ceremony began the capital's annual pride parade inspired by New York's 1969 Christopher Street Day (CSD). (27.07.2019)

The US and Germany have condemned Iran after its foreign minister defended the policy of execution for homosexuality. The issue erupted after a pointed question from a German reporter. (12.06.2019)