Dozens of nuns at a convent in the German state of Lower Saxony have tested positive for coronavirus. The convent has been in quarantine since last week, after the first cases were identified. 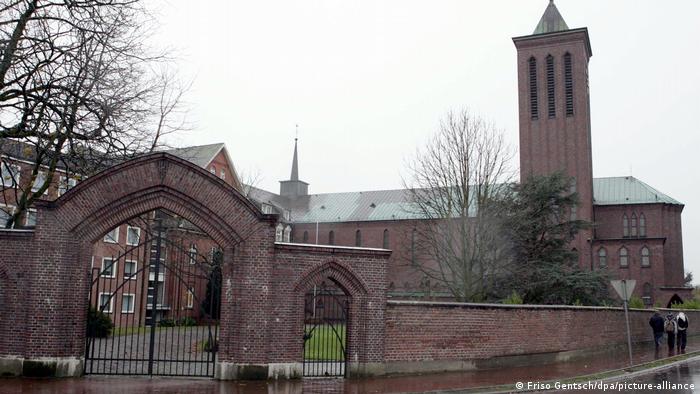 A convent in the northern German town of Thuine on Tuesday said that 76 of its nuns had tested positive for coronavirus.

Sister Superior General of the Sisters of Saint Francis of the Martyr St. George, Maria Cordis Reiker, said a further 85 had tested negative, with more results pending. The cases so far had been mild, she said.

"Nobody has had to go to the hospital, and we are grateful for that," said Reiker.

The order runs several day schools and a boarding school for boys. "How things will continue with the facilities is still in flux," Reiker said.

She added that the necessary steps would be discussed with the health department, which ordered a quarantine for the entire monastery grounds on Friday after the first cases became known.

The Sisters of Saint Francis of the Martyr St. George (or in German: Die Kongregation der Franziskanerinnen vom heiligen Märtyrer Georg zu Thuine) was founded in 1869. It now works in Germany, the Netherlands, the USA, Japan, Indonesia, Brazil, East Timor, Albania, Italy and Cuba. The order maintains hospitals, institutions for the disabled, nursing and old people's homes as well as schools.

Researchers around the world are trying to develop safe and effective vaccines against SARS-CoV-2, the virus that causes COVID-19. Here's their progress so far.