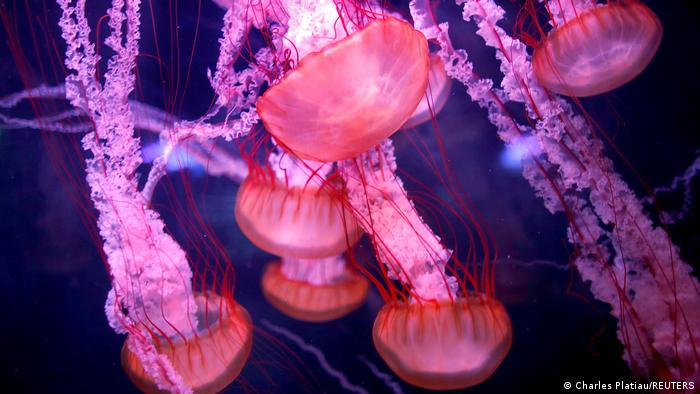 Scientists in Spain have revealed the genetic code of the "immortal jellyfish," a sea creature with the ability to revert to its juvenile larval form over and over.

To understand why the Turritopsis dohrnii has this special ability, Maria Pascual-Torner, Victor Quesada and colleagues at the University of Oviedo compared the genetic sequence of T. dohrnii to Turritopsis rubra, a close cousin that doesn't have rejuvenation abilities.

Turritopsis dohrnii is the only species that is able to repeatedly rejuvenate itself after sexual reproduction, making it biologically immortal, the scientists wrote in the journal Proceedings of the National Academy of Sciences.

"We've known about this species being able to do a little evolutionary trickery for maybe 15-20 years," Monty Graham, a jellyfish expert and director of the Florida Institute of Oceanography, who was not involved in the research, told news agency Reuters.

Scientists compared a set of almost 1,000 genes linked to aging and DNA repair between T. dohrni and other cnidarians. They were then able to present the full range of mRNA expressed by the jellyfish at different stages of the life cycle reversal process.

T. dohrnii isn't the only cnidarian species to self-rejuvenate, but this ability is usually lost once the animals reach sexual maturity, the scientists said.

The study found that variations in T. dohrnii's genome might make it better at copying and repairing DNA. They also appeared to be better at maintaining the ends of chromosomes called telomeres — in humans and other species, telomere length has been found to shorten with age.

It's hoped that unraveling the mysteries of the immortal jellyfish will help provide clues for human aging.

Grahan told Reuters that there was no immediate commercial value from the new findings.

"We can't look at it as, hey, we're going to harvest these jellyfish and turn it into a skin cream," said Graham. "It's one of those papers that I do think will open up a door to a new line of study that's worth pursuing."

Which animal lives the longest?

Against all evolutionary odds, humans are getting older and older. But why?

We can only dream of being forever young. But for hydra, tiny freshwater creatures, this is a reality. They don't age and can technically live forever — unless they starve or are killed.