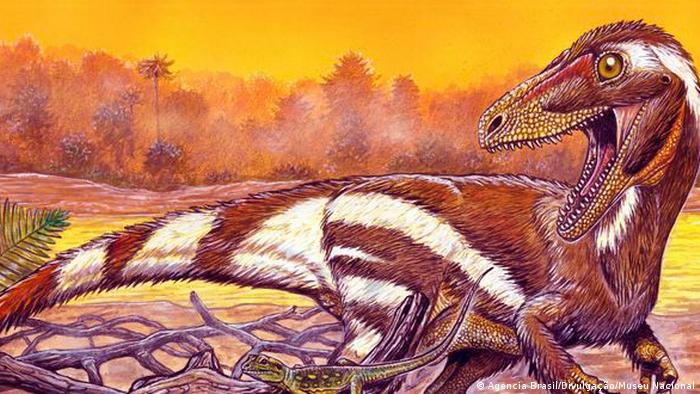 A team of Brazilian researchers announced on Friday the discovery of a 115-million-year-old fossil belonging to a previously unknown species of dinosaur in the northeastern state of Ceara.

The "Aratasaurus museunacionali" is a previously unknown species of the medium-sized theropods, meaning it had hollow bones and three-toed limbs.

According to paleontologist Juliana Sayao, the fossil of the animal, who apparently died young, indicated it already weighed around 34.25 kilos and was 3.12 meters in height.

Sayao said the discovery of the Aratasaurus will help scientists better understand the evolutionary history of the carnivorous theropods and that the discovery is also a sign that other types of carnivorous dinosaurs inhabited the region millions of years ago.

"Within theropods, we discovered that Aratasaurus is part of a group called Coelurosauria, which includes both the Brazilian dinosaur found in the same region known as Santanaraptor, and the famous Tyrannosaurus and velociraptors, and even the birds that we know today," said the paleontologist. 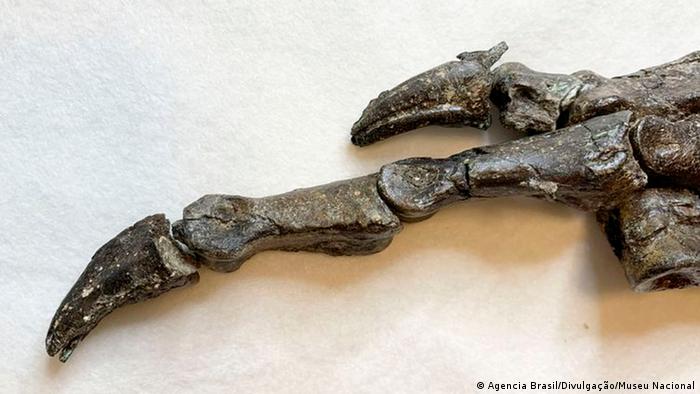 Not much is known about the ancestors of Aratasaurus, Sayao said. However, the fossil indicates that the species stemmed from a line of dinosaurs even more ancient in origin than the one that was said to have given rise to the tyrannosaurus.

"Aratasaurus indicates that part of her rich history may lie in the northeast of Brazil and in South America. There are still many gaps to unveil in this evolutionary puzzle, but with this discovery, we have added another piece to understand it," said Sayao.

According to paleontologist Xin Cheng, "Aratasaurus is a sister lineage to Zuolong, a coelurosauria from the Jurassic of China." Chen said this suggests that older coelurosauria were even more widely distributed across Earth and over a longer period of time.

Scientists found the fossil in 2008 in a plaster mine in the geologic Fomualdo Formation in Brazil's Araripe Basin where the states of Pernambuco, Piaui and Ceara meet.

The area where the fossil was found was permeated by a lake that, over time, saw a change in salinity with the entry of seawater.

The 12-year-process of examining the fossil was slow partly due to the complex preparation which involved removing the fragile rock surrounding the fossil.

Between 2008 and 2016, scientists conducted a microscopic analysis of the fossil tissue from small bone samples, allowing them to form a visual construct of the animal.

In 2016, the Aratasaurus fossil was moved to the National Museum and — despite the devastating fire in 2018 that destroyed part of the building — the area where the fossil was stored was not affected by the flames.

Dinosaurs weren't the only colossal creatures roaming Earth 200 million years ago. A new fossil discovery suggests they shared the planet with a plant-eating beast that resembled a rhinoceros with a turtle's beak. (23.11.2018)