Schalke are playing a day earlier than Europa League matches are usually played. It might feel like a Champions League night for them, but the reality is security wise the game must take place a day early than planned. 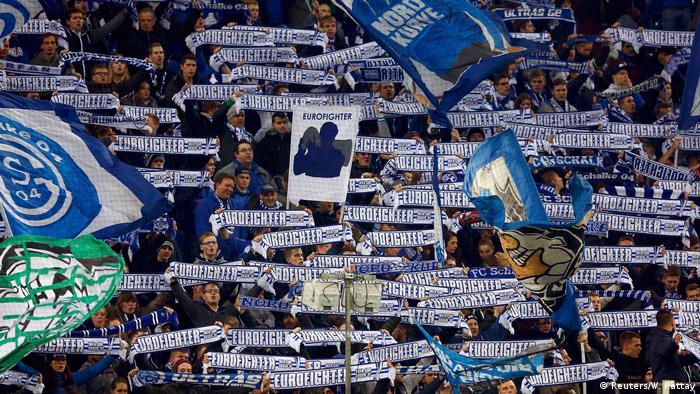 It's Carnival time in the Ruhr region and with huge numbers expected to be celebrating towards the end of the week, Schalke's Europa League home game against PAOK, originally due to be played on Thursday, has been moved to Wednesday to avoid local police forces being overstretched for a charged football fixture.

Many onlookers criticized the police's actions as excessive when, back in 2013, they stormed the Schalke block after some of the ultras refused to remove a flag that PAOK fans felt was provocative. There is greater concern that with seemingly little competition on the pitch -Schalke lead the tie 3-0 coming into the second leg - that there will be further issues.

With that in mind, it is no surprise that police schedules have been reorganised accordingly. Last year, 2,400 police officers were on duty for Germany's famous final Carnival weekend - one and a half million visitors were estimated as being present on Carnival Monday alone.

Around 3,500 away tickets have been sold, but whether that many PAOK fans do appear remains to be seen. A week ago, some PAOK fans welcomed visiting fans with the word "Nazis" on a huge banner. Before the game, Schalke ultras vandalized a cafe.

In a statement on their website, Schalke asked their fans to stay calm: "The request that - irrespective of heated emotions and political reflections - we as a club refrain from any form of provocation."

In reference to the incident in 2013, the statement continued: "Any kind of "revenge" campaign or provocative reactionary flags, regardless of how legitimate they may be considered, would be even less comprehensible for us as a club, than any violence or provocation from our visitors. All of this has nothing to do with football."

After a rocky start, Schalke face a decisive couple of weeks. With that in mind, Markus Weinzierl said in the press conference ahead of the game: "Yes, rotation is a consideration because of how many games we have in the next few weeks. No idea of whether we'll change up to one, two, three, four, five or six people will change."

Weinzierl also confirmed that Sead Kolasinac has broken his nose and will train with a mask, and that Leon Goretzka had trained even though he had picked up a knock.

After their European action on Thursday, they host fourth-placed Hoffenheim before traveling to Munich the following Wednesday for their German Cup quarterfinal match against Bayern Munich.

"We aren't through yet," Schalke striker Guido Burgstaller said after the first-leg win, a game in which he scored the opener. While that may not be the case, it would take a collapse of historical proportions  for Markus Weinzierl's side not to be in the draw for the last 16 which takes place on Friday. In 46 years of the UEFA Cup, now Europa League, no club has squandered a lead of at least three goals in a second-leg home game.