Saxony works on its image with new campaign 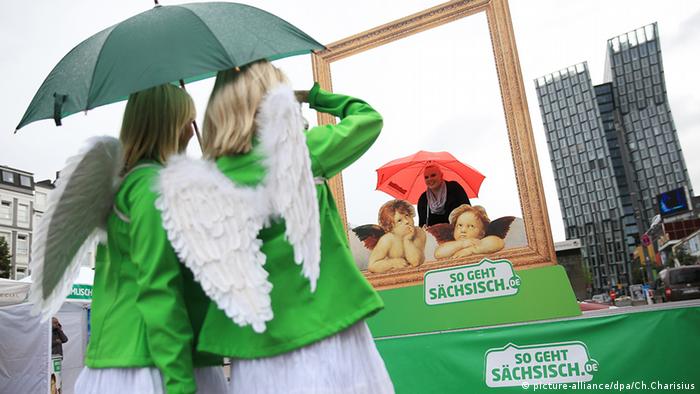 The Saxon government plans to find new ways to include the debate over refugees and migrants into the state's image campaign, government spokesperson Christian Hoose explained during an interview with local radio station MDR. Promotion will be done in a more discreet way this time: There will not be any TV and big billboard ads in this campaign.

In 2013, the eastern German state launched an image campaign worth millions. Billboards advertising Saxony were posted in major cities like Frankfurt am Main, Zurich and Basel. In London, double-decker buses were covered with images depicting Saxony's landscapes, museums and industry.

After the latest right-wing extremist riots in the village of Heidenau and the protests by the anti-Islam PEGIDA movement which started in the fall of 2014, Saxony is no longer associated with art and culture but is now seen as a haven for xenophobia and racism.

This also affects tourism. Dresden recently announced that the number of overnight stays had declined by 3.2 percent during the first six months of 2015. Hotels complain that they received cancellations citing PEGIDA activities as the reason. The tourist association of Saxon Switzerland also expressed concern. The head of the association, Klaus Brähmig, said the violent protests outside the building to accomodate asylum seekers is a reminder that "we must not tire of showing solidarity and expressing our dedicated support for remaining open to the world."