Saxony: Where smart rail connections are not just a dream | Business | Economy and finance news from a German perspective | DW | 02.03.2021 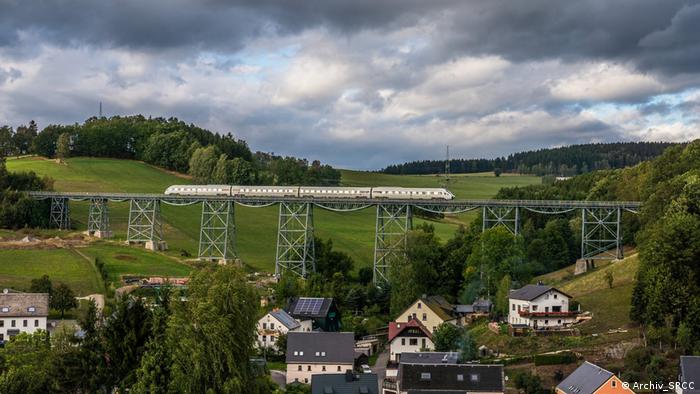 When Sören Claus talks about the project he heads as chief technical officer from his modest office in Annaberg-Buchholz, his eyes start to shine. To outsiders, his Smart Rail Connectivity Campus (SRCC) may sound a tad too technical — to Claus it's nothing less than the stuff that rail traffic's digital future in Europe is made of.

It doesn't happen very often that the Saxon town of Annaberg in the Erzgebirge mountains close to the German-Czech border gets the attention of people dealing with next-generation mobility issues. But for a couple of years, it's no doubt been piquing the interest of researchers and businesspeople alike, at least ever since Europe's first fully digital rail switch tower was inaugurated there on a stormy night in January 2018.

This signal box is an integral part of the SRCC project pursued jointly by German rail operator Deutsche Bahn, the town of Annaberg-Buchholz and the Chemnitz University of Technology. The rail campus has already attracted well over 150 partners from the science and business communities, above all small- and medium-sized enterprises. 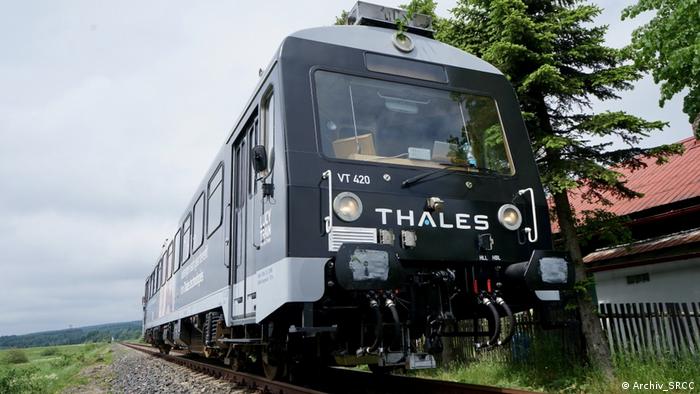 What's brought them here is a unique railroad test track where they can work on digital control and safety systems for rail traffic, environmentally friendly train propulsion technologies, artificial intelligence (AI) and the use of the fifth-generation mobile data transmission standard (5G).

SRCC technical chief Claus says the first 5G radio mast along the test track between Annaberg and Schwarzenberg went up in 2019. It saw the town mark a world first as Vodafone employees navigated a driverless engine from French conglomerate Thales via 5G data transmission on a small stretch of the test track. Every bit of the controlling process happened in real time — the engine's acceleration, braking maneuvers and nonstop visual track control.

A lot more 5G radio masts are to be set up shortly.

"I estimate that about 30 of these are required for the whole 24-kilometer (15-mile) route, which is turning into Europe's largest 5G research network," Claus tells DW. "The 5G transmission standard is necessary for real-time monitoring of train traffic and safe digital control systems, which will eventually also be used for high-speed ICE trains." 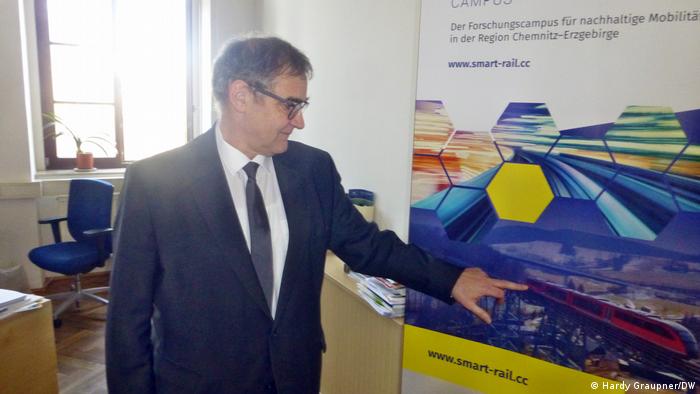 Where science and business meet up

Professor Uwe Götze is vice president of the Chemnitz University of Technology. He says it didn't take much persuading to win over his university as the rail campus' major research partner.

"It was clear to us that the test track is a universal selling point, together with the digital switch tower. We were also aware of the research that people on the ground had done very early together with Siemens and Deutsche Bahn," Götze tells DW. "At our university, we focus on resource-efficient production, smart systems and the interface between humans and technology, so the SRCC is a perfect match for us."

The testing ground is expected to help speed up Deutsche Bahn's railroad digitization drive and do away with a problem inherited from the past. Parts of the rail network work with incompatible signaling technologies, which is also a remnant from when the country was divided. Establishing a common digital standard everywhere would enhance the network's reliability and overcome current maintenance problems.

"Such a test track with the infrastructure already in place and that yet to be added to it is pretty unique in Europe, not to mention the number of renowned business and research partners of the campus," Götze points out. "The project has a big potential as it aspires to advance AI, sensor technology, communications technology and materials testing, to name but a few fields. The range of technology fields to deal with is enormous." 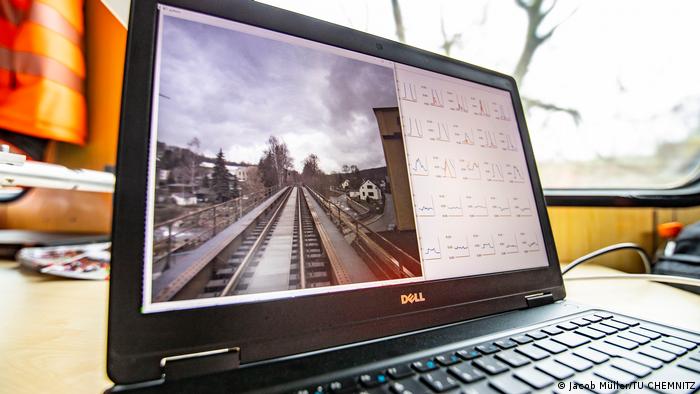 Inside Annaberg's digital switch tower, train drives can be monitored and controlled in real time

What works here will work everywhere

Deutsche Bahn board member Ronald Pofalla has been pinning high hopes on the Smart Rail Connectivity Campus. "What's being tested in the Erzgebirge mountains right now is the blueprint for rail traffic's future across Germany," he said in a statement released in January this year.

And German Transport Minister Andreas Scheuer, whose ministry has provided funding for the project, is convinced that the mountainous and winding test track flanked by dense forests is ideal for experiments. "It's the perfect place to test modern rail and mobile communications technologies," the minister said in a press release in January.

But why is it such a big challenge to develop technologies for automated railroad traffic when routes are predefined by the rails anyway? SRCC technical chief Sören Claus explains:

"We already have automated driving on railroad tracks: Take the subway in Nuremberg or Paris. But there we're talking about closed systems where the tracks — apart from the small stretches at the stations — are not accessible for everyone," Claus says. 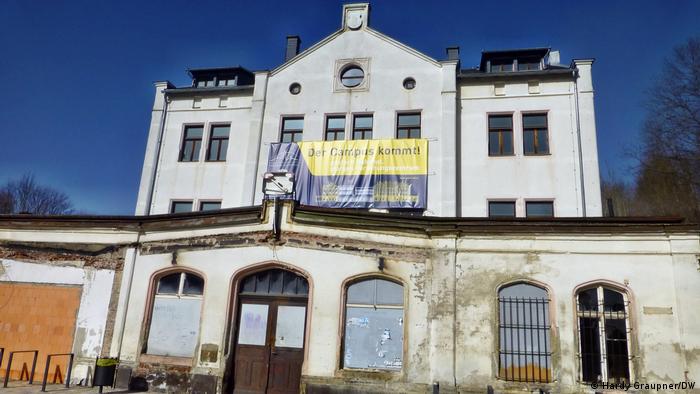 "Out in the open, the digital control systems have to closely monitor the surroundings along the routes, including railroad crossings, and they have to reliably detect any potential obstacles such as fallen trees or children on the tracks. The systems also have to differentiate between what are real obstacles such as fallen trees and children on the tracks and, say, fog and shadows."

Not that much different from the challenges of autonomous driving on roads then, it appears. Uwe Götze points out that his university will have a research and training unit of its own in Annaberg soon, saying it's important to accompany developments where they happen:

"We've learned during the pandemic that a lot of things can actually be done from home, but there are also things where your presence on the ground is required and desirable," Götze argues. "Just think of equipping the new train lab and carrying out measurements on the test track. And let's not forget the exchange of views with partners on the ground," he adds.

Indeed, research on the ground in Annaberg is meant to help improve the way railroad traffic will be controlled in the future as technology that's partly over a 100 years old gets replaced. But that's a gradual process, Claus insists:

"You can only do this step by step. Otherwise we would have to close down the whole national rail network for eight years or so and build everything from scratch, but that's no option of course. All in all, though, making rail routes fully digital is nothing short of a technological revolution."