With over 4,000 houses, Tel Aviv has the world's largest number of buildings in Bauhaus style. Many of them urgently need to be renovated, and Germany has now committed to get involved. 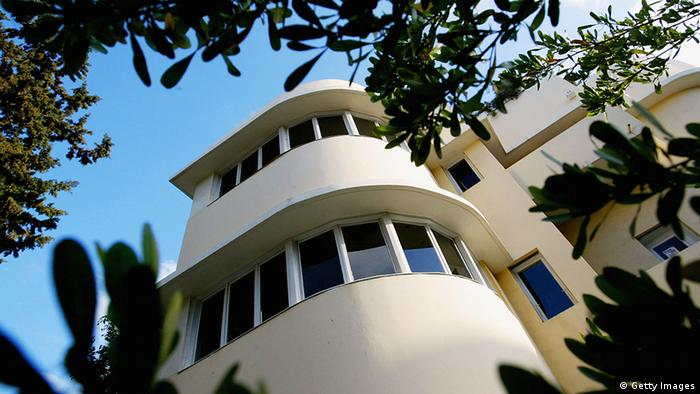 Thousands of Bauhaus buildings are concentrated in a central district of Tel Aviv, called the "White City." It became a UNESCO World Heritage site in 2003.

These houses were built by Jewish architects who fled Nazi Germany and emigrated to what was the British Mandate of Palestine at the time. They designed their houses according to the principles developed by Walter Gropius, integrating features to adapt to the Mediterranean climate of the city founded in 1909.

"There is lots of light and air in these houses," explains architect Sharon Golan-Yaron.

For many German Jews escaping Nazi persecution, it was easier to export building materials than money. Some door frames, windows and lights were brought from Germany in the 1930s and are now very difficult to replace.

Among 2,000 of these houses were declared listed monuments, but many of them need to be renovated.

This center, which should open in 2017, will allow architects, craftsmen and artists to plan restoration concepts for the Bauhaus buildings in the White City.

Tel Aviv is known as one of the best examples of German Bauhaus architecture. An exhibition in Germany sheds new light on other influences on Zionist settlers in Israel as they constructed their kibbutz buildings. (18.01.2012)

As new arrivals in Palestine, German Jews who had fled from the National Socialist regime were unwanted. But then they helped to build Israel. A museum preserves their heritage and very private histories. (29.11.2012)