As a controversy rages in Germany about a reported secret deal to sell tanks to Saudi Arabia, another partnership is less known. China and Saudi Arabia have become increasingly close in recent years. 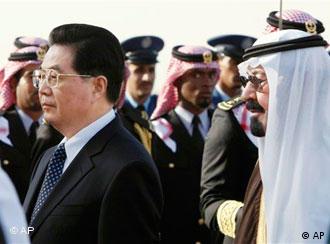 Whether the Americans or the Chinese are the biggest consumers of oil in the world is still a matter for debate. However, what is clear is that China, alongside the US, is one of Saudi Arabia's best customers.

Saudi Arabia supplies China with a fifth of its energy needs, making Riyadh Beijing’s most important provider of "black gold." 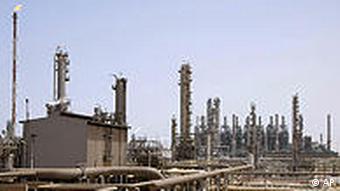 Saudi Arabia is China's most important supplier of oil

But it is not all about oil - the Saudis buy food, textiles and industrial goods from China and bilateral trade is already worth over 40 billion dollars a year. There are more imported goods made in China than in the US on the Saudi market now.

More and more Saudi Arabian students are coming to China to study and some oil sheikhs have started flying to China to buy furniture instead of jetsetting to New York, Paris or London.

Moreover, it suits Riyadh that Beijing is not really interested in domestic matters. No political conditions are set; no pesky questions about human rights are asked. After all, these questions would be unwelcome in China too.

There is also a sense that it would be no bad thing to become slightly less dependent on the US market by doing business with the Far East.

While China wants to secure the market in the Middle East and ensure that it has enough supplies to feed its growing energy needs. Some 90 Chinese firms, including many construction businesses, are estimated to be active on the Saudi market and there are approximately 20,000 Chinese workers earning a living in the Persian Gulf region. 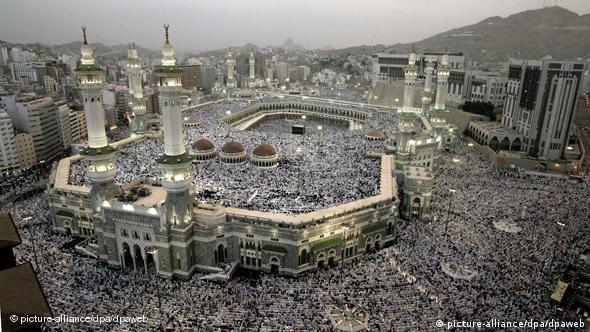 Every year, some 2.5 million pilgrims make their way to Mecca

In recent years, a project to build a 1.8 million dollar railway link to take pilgrims between Mecca and Medina has received a great deal of attention. In March 2009, a contract awarded a Sino-Saudi consortium was signed in the presence of President Hu Jintao and King Abdullah.

Construction began soon afterwards, however it was not long before arguments broke out. There were problems regarding land and budgets and the fact that the Saudis only allow Muslims to work in Mecca. Some workers on the link even protested. In the end, the China Railway Company threatened to sue for losses. Phase II of the project is currently underway.

There is another limitation to Sino-Saudi relations. The US is still the largest arms supplier to Riyadh and in this regard, it will be some time before China can compete.

There are also no plans to offer the Saudis security guarantees whereas the US has military bases across the region, including in Saudi Arabia itself.

Germany's tank deal with Saudi Arabia has caused outrage, drawing criticism from across the political spectrum. But while the government maintains its silence, critics say it marks a sea change in arms export policy. (07.07.2011)